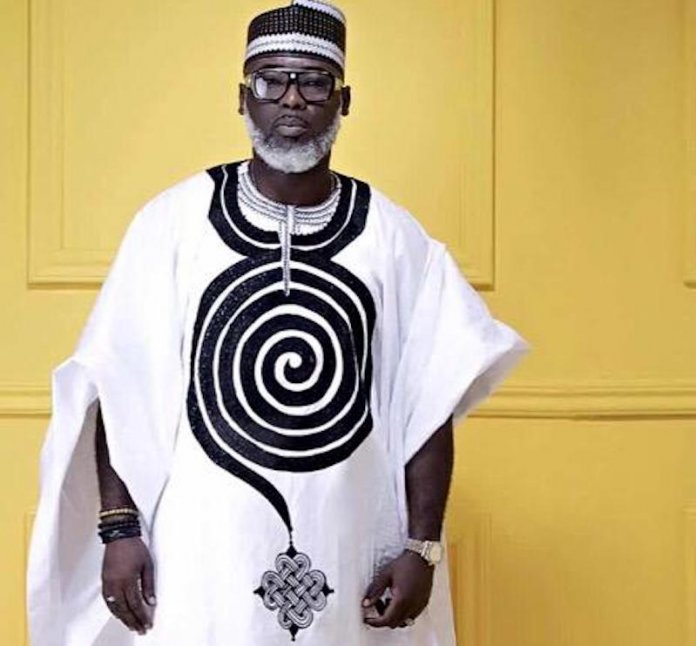 Tochukwu Young Umezulike better known as Toks Asher Young is from Umueji, Ufuma in Orumba North LGA, Anambra State, but was born in Adazi. He grew up in Enugu, Enugu State and attended Ekulu Primary School, Enugu from 1978 to 1984, Sacred Heart Seminary Nsude from 1984 – 1988, before proceeding to Special Science School Ihe, Awgu from 1989 to 1990. Tochukwu graduated from Nnamdi Azikiwe University Awka in 1998 and did His mandatory one year NYSC in Ekiti State in 1999.

“My love for music goes as far back as my Secondary School and University days, I was the go to person for friends when they wanted to know the current songs, who sang a particular song or the title of a song”. says Toks.

He said back then there was no itunes, Apple Music, Spotify or the different digital music platforms and streaming services where you can listen to or find out information about a song, an artist or an album like we do these days. “So to find out these details about an artist, band or song, we always listened to the radio just to listen to the current hit songs and know the artistes or band that sang it. That way we would know the songs to ask the DJ to put in the mixtapes on cassettes for us to play in the car,” he said.

While waiting for the result of his JAMB/UME exams to know if he gained admission into the University, Toks used to hang out at a music shop located at Nnamdi Azikiwe Stadium Enugu, called Music World. He would also hang around DJs at events, buy cassette tapes and have them dub songs for him and friends to play at parties and picnics during the holidays. Because of his love for music, he would often buy music magazines just to cut out the lyrics of songs he liked or wanted to learn the lines too.

After University and having fulfilled his mandatory NYSC program, He relocated to Lagos in search of a job putting his love for music on the shelf. But he didn’t know that fate had other plans and that he would have a life long career in the music industry. Destiny came calling in 2007/2008 when his friend Romanus Chika aka Juju, a dancehall artiste living in Amsterdam who was in the process of recording His debut album, needed help in getting the late OJB to produce a few tracks for him as well as get Innocent Idibia better known as 2Baba, 2face or Tuface Idibia to feature on the album. Toks made it happen with the help of the Late Chukwudi Bambino Anachina. After which Juju asked him to be his manager. And so his sojourn into the Nigerian music industry began.

Initially not knowing a career could be made in the music and artist management business, it was just for the fun of it. But after a year of managing Juju, Toks met General Pype, an upcoming dancehall sensation, and realized he could build a real career managing artists and so His career in music and artist management in the Nigerian music and entertainment industry began. Toks has been blessed to have worked with some great industry founders who mentored him along the way, like Kenny Keke Ogungbe, Dayo D1 Adeneye, Ayo Rotimi and Obi Asika. It hasn’t been an easy or smooth straight path but Toks says he doesn’t regret any part of his development nor would he change any experiences he has had so far.

He says he views every opportunity, every experience and/or mistake so far as a teaching moment that helped shape him and also expand his knowledge. Toks specializes in nurturing and managing emerging and upcoming talents. He is also the Brand Ambassador for Mr Okada, a Lagos City themed game app. And as an amateur model, he also modelled for ZINI COUTURE’s 2017 Summer collection.

In June 2014 Toks was contracted by 9 Mobile formerly known as Etisalat as talent manager for the Cloud Nine musical event series held in Port Harcourt and Abuja, Nigeria. Cloud Nine was aimed at bringing two musical artists of different genres to perform solo and also a medley of their songs together on the same stage. While Patoranking and Bright Chimezie performed at the PH series of the showcase, Mike Okri and Niyola performed at the Abuja series.

Toks has this advice for young Nigerian artists: “You can have other artists as role models or people you look up to, but never try to be or sound like any other artist. Be uniquely you and never give up on your dreams”.

You can connect with Toks via his social media platforms IG/TWITTER/SNAPCHAT/TIKTOK: @toksduttie

East Side of Sadness