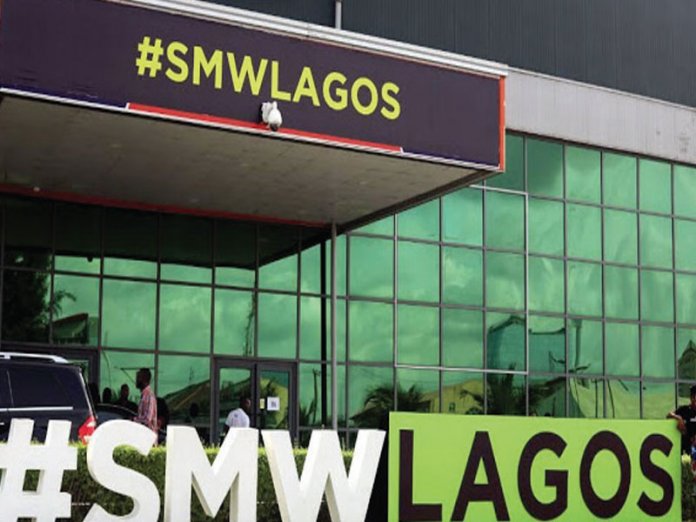 The adoption of emerging technologies in strengthening governance across all levels, among other technology innovations that are driving digital transformation, were the focus of this year’s Social Media Week Forum, which ended in Lagos last week, writes Emma Okonji

The use of technology to strengthen governance processes is increasingly growing in Nigeria. Federal, state governments and chief security officers(CSOs) of organisations have led this process via the creation of mobile Apps, SMS platforms, websites, among others. At the just concluded annual Social Media Week Forum in Lagos, the organisers used the occasion to engage technology experts at different panel sessions, to discuss the benefits of adopting emerging technologies for effective governance and sustainable business growth among organisations.

Experts in the field of education and health, who featured at this year’s forum, have resolved to be more innovative by adopting emerging technologies like Artificial Intelligence (AI), Machine Learning (ML), Augmented Reality (AR), to improve the country’s education and health sectors. They have therefore called on the Federal Government to invest more in education, health and exports in preparedness for the digital era.

The experts, who spoke as panelists in one of the sessions at the just concluded Social Media Week (SMW) 2020 with the theme: Nigeria 2050: Shifting Gears, noted that the earlier the country began to prepare for the digital era, the better in realizing her potential.
Senior Economist at Nigerian Economic Summit Group, Wilson Erumebor, said the United Nations projects that Nigeria’s population would double in size by 2050 and only a competitive private sector economy could help achieve a rising standard of living. He noted that the Nigerian government needed to start implementing policies and making investment in the right places to cater to an additional 250 million people by 2050. Erumebor said the population was expected to be about 400 million and the majority would be under the age of 35.
“To prepare ahead of that time, our indicators of progress must include poverty, income inequality, health and wellbeing, gender gap, jobs and industry ready skills.

“An extra 250 million people would need food, jobs, a health care system that works and education among others. Ending poverty in Nigeria would entail improving the country’s economic productivity and opportunities for its citizens. This will mean investing in human capital potential and creating jobs for women and young people, increasing financial access and opportunities for those groups in rural communities,” Erumebor said.

According to him, “Government hasa huge role to play in the area of building infrastructure to increase the Gross Domestic Product (GDP) of the country.” He noted that three scenarios should be expected by year 2050: Either Nigeria remains at status quo or regains position as giant of Africa and the world or deteriorates.

Founder of Flying Doctors Nigeria, Dr. Ola Brown, said the country had a huge problem when it comes to infrastructure and it was vital for the government to resolve the issue as fast as possible.

She said to prepare for 2050 policy makers should start thinking of how to increase the productivity of the economy.
Brown said Nigeria had to improve in the area of exports to boost the economy.

“Most times we consume what we do not produce. It is high time we start doing more of exports than import.
“Under normal circumstances a country’s population could be cited as a strength in Nigeria’s case, population growth outpaces public infrastructure. To change this narrative improvement is needed in the area of health care, productivity, investment and increased government spending,” Brown said.
Special Adviser to the Governor on SDG’s Lagos State, Solape Hammond, said the state was preparing ahead in the area of partnering with private sector to provide security for citizens through its Lagos State Security Trust Fund. Hammond said that to curb unemployment the Lagos State government had provided funds for small businesses.
“The government set aside about N7.5 billion for 10,000 businesses, which shows that Lagos is improving with a lot of potential, ” she added.

Executive Director, Personal and Business Banking, Stanbic IBTC Bank, Mr. Wole Adeniyi, said the role of technology in financial inclusion drive, was meant to democratise access to financial services, and that Stanbic IBTC Bank, would continue to help in democratising that access, through the offering of demystified banking solutions that would help customers carryout banking transactions with ease within couple of minutes, thereby reducing the time spent in most banking operations.

According to Adeniyi, “The massive investments in banking solutions by FinTech and the banks, are actually driving financial inclusion in a more faster and more convenient ways. Our role as banks is to bring more Nigerians on board and offer them opportunities to be financially included, and we have solutions that give customers access to broader financial services at affordable rates. Our EasyCash for instance, enables customers to experience faster time in accessing loans and other financial services, especially with micro lending services.”
He further explained that Stanbic IBTC also support small agro businesses through its Mobile Wallet and the Founders Factory channels, where the bank offers easy access to loans to small businesses in the agricultural sector.

Another panelist, and Head of Information at EFInA, Dayo Odulate Ademola, while citing the 2018 data on financial inclusion that was released by EFInA, said although, the number of adult Nigerians that were financially included was on the rise, the growth rate is not proportional to the growth of the country’s population, as about 36.6 per cent of adult Nigerians are still financially excluded. She said the fastest way to match financial inclusion growth with population growth, was to apply technology solutions, which according to her, have helped Nigeria to leapfrog her infrastructure challenges as a nation.
“Technology has enabled us to have access to financial services in recent times, using technology as a bedrock,” Ademola said, adding that between 2016 and 2018, about 9.4 million Nigerians relied solely on informal financial services, but that technology has helped in reducing such gap.
Speaking about government regulation on financial services, Ademola said there was need to put regulation in place for the protection of consumers but that such regulation must not stifle technology growth. She called for harmonisation of different data that are sitting in silos at different ministries of government, to enable Nigeria boost her financial inclusion drive with the right identity of adult Nigerians.

This year’s Social Media Week also looked at the need for collaboration between traditional and digital media. Participants agreed that if the media must remain productive and enjoy wider reach, traditional and digital platforms must collaborate.
During one of the sessions with the theme: “Will Traditional Media Survive in the Digital Age,” panelists suggested a more robust, coordinated and centralized activities between traditional and digital platforms.
Founder, Arcadia Mobile TV, Akintunde Marinho, said content providers should collaborate with traditional media to drive synergies.
Marinho said most government owned media in the broadcasting sector, have powerful tools that should be leveraged by other broadcast media for wider reach.
Chief Operating Officer, Envivo, Uzoma Onwuchekwe, stressed on the need for collaboration among private and government owned media in order to foster better and wider spread, using the appropriate technology.
Executive Director, Media Investment, Yinka Adebayo, called for merger and acquisition among media houses, just like what happened in the banking sector some years ago.

Technology and SDGs
Citing technology as key driver to attaining the United Nations Sustainable Development Goals (SDGs), the forum encouraged the federal and state governments to invest in relevant technologies that would help the country attain the UN SDGs.
Globally, countries are expected to attain the SDGs by 2030. The SDGs are 17 in number, which include poverty eradication, zero hunger, good health and well being, quality education, gender equality, clean water and sanitation, affordable and clean energy.
Others are decent work and economic growth, industry, innovation and infrastructure, reduced inequality, sustainable cities and communities, responsible consumption and production, climate action, among others.

‘Impact Investing and Funding of SDGs in Nigeria’, which is the theme at one of the sessions sponsored by BusinessDay, looked at how private sector involvement would be central to achieving any meaningful impact in that regard.
Special Adviser to President Muhammadu Buhari on Social Investment, Maryam Uwais, decried the challenge of getting private sector participation in government’s social programmes.

According to her, “The private sector wants to see immediate return on investments but social enterprise takes time. We need to develop the economic value chain of these enterprises before bringing in the private sector.”
Academic Director, Lagos Business School, Prof. Olayinka David-West, noted that broadening the scope of impact investing and de-emphasising the concept as mere charity, would go a long way to meeting the targets.

She said the emphasis should be about what impact is the investment going to create.
“To achieve the SDGs, we need interventions. Interventions cost money. And these interventions must be sustainable even after the funding stops,” David-West said.

Consultant to Ogun State Governor on Agriculture, Angel Adelaja-Kuye, said for many countries, the youths were already embracing agriculture, based on the integration of emerging technologies.
“I am an Agritech promoter and will want to see more young people driving agriculture through technology,” she said.
Adelaja-Kuye added that the sector was an area where young people should key into, noting that Africa’s next billionaires will come from the agricultural sector. She said Agrictech remained the fastest growing sector when it came to investment finance.
“The sector is a gold mine that our youths need to delve into as it offers a lot of career opportunities.Small holder farmers can also buy into agribusiness using simpler technologies not necessarily high tech to boost their produce,” Adelaja-Kuye said.
Digital Farming Project Lead at Bayer Middle Africa Ltd., Segun Oworu, said agriculture remained the frontier for human survival in the face of dwindling resources and increasing population.
Oworu said developed countries such as Brazil, US, Germany and parts of Europe, were spearheading the race for digital agriculture and data-driven agrobusiness.
“Digital agriculture refers to tools that collect, store, analyse and share economic data or information along the agricultural value chain before and after farm production.
“In the race for digital agriculture, we as Nigerians and Africans need to know and identify our comparative advantage and focus rather than competing with developed economies. This is based on the fact that we have special needs and challenges that fraught our system and economies,” Oworu said.
Head of AgriBusiness, Stanbic IBTC Bank Plc, Wole Oshin, said Nigeria has potential and that what the nation needed to do was use the right tools to drive Agritech business.

“The government has started deploying technologies to support agricultural production. We are beginning to use emerging technologies such as satellite monitoring devices that enables farmers to check the progress of their crops without necessarily going to the farm.
“Other forms of technologies are also being developed to monitor and count the number of birds and eggs at the poultry,’’ he said.