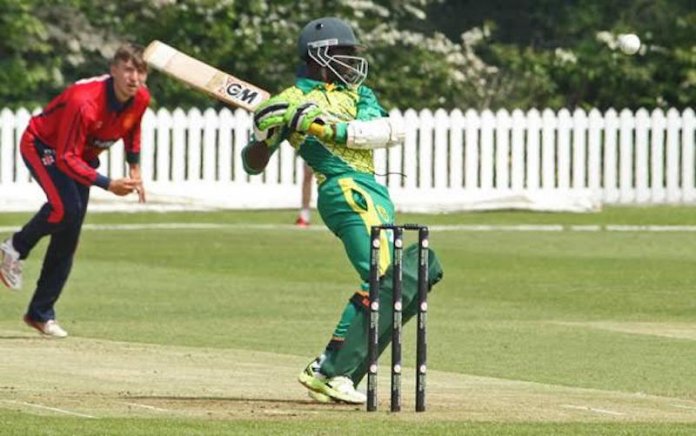 As preparation intensifies in Lagos ahead of the Africa Cricket Association’s T20 Championship in Nairobi, Kenya from March 20 to 28, the Nigeria Cricket Federation (NCF) has announced batman and opening wicket keeper, Joshua Ayannaike, as the new captain of the national team.

Ayannaike, 26, replaced Ademola Onikoyi in a move that the NCF believes would strengthen the senior national cricket team and lay a foundation for stronger and dynamic team.

Prof Adam Ukwenya, President of the NCF, explained that the Board reviewed the performance of the team after their T20 World Cup Qualifiers in Dubai in November 2019 and resolved to inject new players into the national team, especially from the national Under-19 team that recently participated at Nigeria’s maiden Cricket World Cup 2020 in South Africa.

“The new team will have a some experienced others from the former crop of senior team members, Under-19 playerw and entirely new comers. We expect fine blending as we continue preparation for the Kenya championship,” Ukwenya said.

Meanwhile, the new captain Ayannaike is relishing his new challenge and says he would be equal to the task.

“I am grateful for the privilege to lead this team of great players and really excited about our prospects In the upcoming ACA qualifiers,” Ayannaike said on Monday.

“Qualifying for the Kenya championship was a fierce competition and our closest West African brothers Ghana made it especially difficult. But we showed character to pick up a ticket. A new standard has been set and we don’t want to go below that level,” he also said.

Ayannaike began his cricket career as a school boy with Ibadan Metropolitan Cricket Club (IMCC) in the division two of the CCC Lagos league in 2008/2009 cricket season. He joined the Ibeju Lekki Cricket Club’s second team after playing in the ICC Under-19 Cricket World Cup Africa qualifiers in 2010 and two years later got promoted to the first team where he played for eight years.

In 2019, he joined St. Gregory’s old boys Cricket Club (SGCOB) for the 2019/2020 season, an experience he described as bitter-sweet. His One Day International (ODI) came in 2013 at the World Cricket League division seven in Botswana against Vanuatu while his T20 debut came the following year in Benoni against Zambia