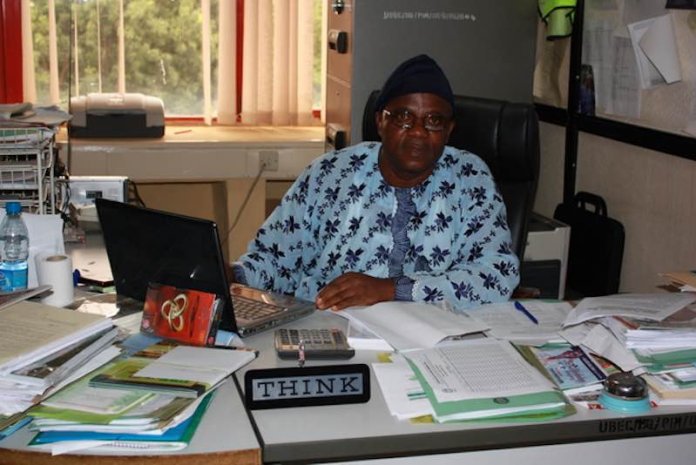 Developers involved in the development and investment in properties all over Lagos have acknowledged the lopsided schemes with which they tacitly and in some cases unscrupulously secured their development rights in violation of approved layouts and master plans.

Speaking under anonymity, a major developer spoke with our reporter on how the Lekki Northern Business District (NBD) parking facility, meant for the general parking of over twenty business land investors in the Lekki Master plan was sold to a totally independent developer with no prior vested interest in any of the NBD land under the last administration of Lagos State.

Today, that common parking facility is a built-up community of block of flats, while the investors who erected their business buildings as planned in accordance to the master plan around the common parking space have nowhere to park their cars. This has caused traffic congestion at Olubunmi Owa Crescent in Lekki Phase One.

Lack of adherence to master plans and the failure inherent in master plans paved way for political and pecuniary abuse of the masterplan which has been identified as the major urbanization problem generating the chaos in Lagos State.

According to Dr. Tony Alabi, an architect based in Lagos, whose opinion was sought on this matter, “developers of high-end properties on government layouts operate with one set of building regulation rules under a discretional best-of-judgement aura and a myriad of privileges; while the developers of low-end properties in other areas of Lagos operate under another set of building regulation rules and best-of-judgement aura.

Dualism in the governance of the city of Lagos dates back to the colonial era when European Quarters had a set of rules for building regulation and others (Native Quarters) were classified under the Township Ordinance with another set of rules. Dr. Alabi emphasised that, Lagos is unable to decolonize herself from the moribund master plans that remain inadequate for its modern cosmopolitan and elitist population”. He lamented that the operating and building regulatory rules seem to have been designed as if the effect of environmental and scientific factors, and the physical qualities of land on which buildings are erected changes with affluence and social status in Lagos.

Multiple visits to the Northern Business District of Lekki brought clarity to a few of the prevailing issues. It was observed that, the human and traffic congestion generated from the businesses has reached unbearable points for business owners. The business district is fast becoming like any other one in Lagos suffering from the abuse of the master plan with the characteristic street chaos. This dire situation seems to repeat itself all over Lagos. There is a widening gap between master plans and realities of land-use in Lagos.

Arguments have been made that changes in master plans are bound to occur. “How do you get investors to buy into the perceived comfort of a masterplan by selling to the public as investment plots of land with an offer of common spaces that should enhance their common business good; only to jettison that master plan once they are financially locked in?”

Other professionals who would rather be anonymous called such action a crime against the built environment for which the general public will ultimately suffer the unbearable consequences as is common in Lagos. Reckless sand filling of water ways, flood plains and build-up of channels and canals, result in annual flooding experienced alongside climate change issues.

The abuse of master plans as evident in the indiscriminate construction of all sorts of buildings anywhere land can be found without zoning compliance is the reason why you find religious worship centres in-between residential buildings as well as commercial outcrops in front of residences. The effects are noise and waste pollution.

Due to the difficulties in navigating the city end to end, Lagosians simply expect chaos everywhere they go in traffic congestions. Under these conditions, crime is bound to escalate. The failure of the Lagos master plan is a failure on the part of the State to provide adequate safety and security for life, property and investments and a failure to improve the well-being of residents. Life expectancy for Lagosians due to a failed master plan should be of concern to the state government.

In his advice to the current Lagos State Governor, His Excellency Mr Babajide Sanwo-Olu, Dr. Tony Alabi said, “the Governor would have to tackle many of these master plan induced issues beyond the action of demolition alone. Lagos has a bad history of lopsided demolitions perceived by the native poor squatters as an attack on their fundamental human rights. Decolonization of the Lagos Masterplan is strategic to the well-being of Lagosians. The governor has to consider more proactive and civil approaches associated with his intervention plans to remedy the situation for the common good of investors, residents, developers and visitors.