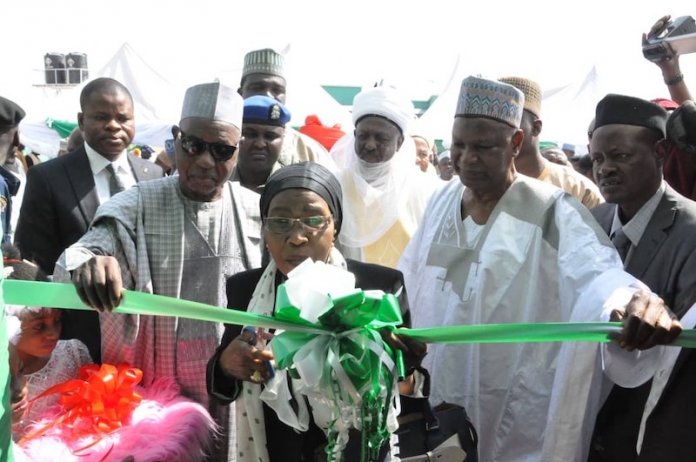 The pervading seemingly low integrity of the judiciary, which is only an aspect of the justice system has suffered greatly due to the alleged despicable acts of some members of the bench who most times collude with the bar to weaken the law, thereby allowing corruption to grow on fertile ground.

This largely is the main reason for the low level of conviction of high profile corruption defendants in Nigeria, hence there is the need for periodic reforms and appointment of people of impeccable character to ensure that the laws and institutions keep up with the times.

This, perhaps might formed reasons why Governor Aminu Bello Masari of Katsina State swore-in Justice Musa Danladi Abubakar on June 6, 2018 as the substantive chief judge of the state.

Justice Abubakar is a detribalised person, who does not place emphasis on segregation based on religion, tribe or political affiliations. He has never been tendentious in his dealings with people rather he always ensure that justice prevail in all ramifications.

There is no doubt that with Justice Abubakar as the Chief Judge of Katsina, there is glimmer of development in the state judicial system, particularly in the area of rapid dispensation of justice in accordance with the dictates of the laid down rules and regulations within the purview of the structures of the judicial system.

On assumption of office, Justice Abubakar embarked on massive Correctional Centre reforms and decongestion where he granted freedom to 300 inmates who were illegally detained or spent six years in remand homes without standing trial across the state.

He also promoted and ensured transparency in the investigation of cases by judges and police prosecutors in courts. He equally swore in 11acting Shari’a court judges to fill in the vacuum that existed as a result of death or retirement.

In a bid to boost justice delivery system and end the current security challenges bedeviling the state, Justice Abubakar established a Community Conflict and Dispute Resolution Centre (CCDRC) in Katsina, the state capital.

The centre, which is under the supervision of the Katsina Multi-Door Courthouse (KTMDCH), is to build peaceful communities to communicate, tackle conflict and work together to restore peace by providing remedies to aggrieved parties.

The pioneer model of CCDRC, which has been established for Kambarawa-Kwado-Makera, a cosmopolitan community within Katsina metropolis, is being coordinated and supervised by a woman whom many described as the pillar and advocate of human rights protection, Magistrate Basira Umar. The model will soon be extended to Daura and Funtua senatorial zones.

It handle cases of minor domestic and community disputes including court and community referred neighbourhood matters such as debt, neighbourhood disputes on land, noise complaint, marital disputes and matters relating to children to provide a forum for dispute resolution and engagement at the early stage.

The centre also settle matters referred from police, ward and village heads, community leaders, government agencies, non-governmental organisations, youth development, school administrators in order to provide an alternative to the judicial system at the earliest stage of the conflict.

Speaking in an exclusive interview with THISDAY, the Coordinator and Supervisor of CCDRC, Magistrate Umar, said the centre aside from resolving community and domestic disputes, screen and approve tenants and landlords agreements.

She said: “CCDRC in addition to settlement and resolution of minor domestic and community dispute, serve as community and neighbourhood watch that will perform functions such as screening and approving tenants and landlord agreements and person’s wishing to buy houses in the neighbourhood so as to find a person of good character that will cause no harm to the community.

“Therefore, we have since held a workshop with relevant stakeholders including traditional and community leaders, landlords, staff of the centre and house agents across the state where we educate them on what we do and what they should do in order to move the state forward. Most importantly, the aim of establishing CCDRC was the main agenda for the workshop.”

While acknowledging that the centre reduces time and cost in litigation, the CCDRC boss said just like KTMDCH, the community conflict and dispute resolution centre is rendering free humanitarian services and having direct access to the public through self-referrals.

Similarly, the state chief judge had built, equipped and inaugurated a befitting healthcare centre to enhance the welfare of judicial officers and staff of the state judiciary which will also strengthen justice delivery system in the state.

The Justice Umar Abdullahi Judiciary Health Centre, which was inaugurated alonside the CCDRC on February 6, 2020 by the Chief Justice of Nigeria (CJN), Justice Ibrahima Tanko Muhammad, would go a long way in mitigating the health needs of judiciary staff across the three senatorial zones of the state.

Muhammad, represented at the occasion by the Supreme Court Judge, Justice Uwani Musa Abba-Aji, lauded the Katsina State government and Justice Abubakar for building the healthcare centre and described it as the first ever health facility in the history of the judiciary in Nigeria.

He therefore urged judges in the state to reciprocate the gesture by improving on their productivity, saying the era of non performance in the judiciary is over as disengagement awaits any judge found wanting.

The CJN however said: “I will continue to reiterate my call to state governors to respect the independence of the judiciary by ensuring the financial autonomy of the court, anything short of this will only amount to abuse of rule of law, which is undemocratic.”

Earlier, Justice Abubakar informed the gathering that the idea of providing the healthcare centre came following his appeal to Governor Aminu Bello Masari at the opening ceremony of the 2019/2020 legal year.

He said: “The governor immediately approved the project and issued timeline for its completion. The project has now been successfully completed, the facility is fully equipped and staffed. This project will go a long way in enhancing the health and welfare of judicial officers whose work is tremolos and demanding.

“The provision of this facility is one of the many welfare packages being enjoy by honourable judges and khadis of the state. We are being paid all our entitlements as at when due. These includes annual medical, annual vacation, and dressing allowances.

“In addition, the government has always sponsored honourable judges and Khadis to all local and international trainings approved by the honourable chief justice of Nigeria and chairman board of governors of national judicial institute”.

To ensure judges’ productivity is ultimately maintained, he said chambers and domestic maintenance allowances are being paid to judges monthly, adding that official vehicles for judges are also replaced after every four years.

He added: “Katsina State judiciary has been enjoying cordial and mutual relationship with both the executive and legislative arms of government, we have never had cause to have any interference on our judicial responsibility from other branches of government. This is due to the commitment of Governor Masari in respecting the rule of law and separation of powers as enshrined under the constitution”.

In his remarks, Governor Aminu Bello Masari said the state government has been respecting the independence of the judiciary by giving judges in the state all the needed working apparatus, enhancing their welfares, training and retraining of judicial staff.

In furtherance of the priority given to road rehabilitation and construction by Masari, the state chief judge constructed all roads linking offices within the State High Court complex to avert flood and ease movement of staff for efficient service delivery.

He also renovated some offices including the Mosque which were dilapidated, amounting to a whooping sum of over N50 million as confirmed by the Chief Registrar of the court, Mr. Kabir Shuaibu.

It is therefore imperative to note that the chief judge as a matter of principle, had rejuvenated and reinvigorated the judicial system in Katsina State to achieve the desired objectives of the National Judicial Council (NJC) as capsulated in the constitution of the Federal Republic of Nigeria.