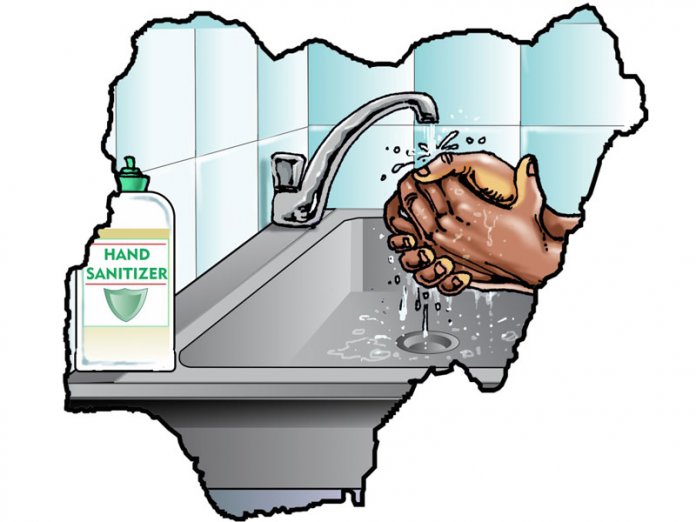 A good personal hygiene could make a lot of difference

The confirmation last Thursday that an Italian who entered the country four days earlier had tested positive to Coronavirus – officially known as COVID-19 – has finally put to rest any debate as to whether or not the disease can find its way into Nigeria. And with that reality, several positive triggers have been initiated by the federal government through the Nigeria Centre for Disease Control (NCDC). The Lagos and Ogun State governments have also formed a united front to ensure the virus does not spread beyond the index case. While we commend the authorities in the two states and Abuja for the manner the index case has been handled thus far, we enjoin critical stakeholders in the health sector to brace up for the challenges ahead.

Coronavirus, which originated from Wuhan city in China last December, has so far killed 2911 persons, infected over 84,000 and has spread to 48 countries, with Nigeria becoming the first sub-Sahara African country, and the third African nation to be affected. The disease, with yet a preventive vaccine, has also sent shock tremors to the global economy as trillions of dollars had been wiped off due to crashing stock markets.
Although the level of awareness on some of the risk factors is now high across the country, more can still be done, especially in dispelling baseless rumours, discouraging unhelpful practices and rolling out a comprehensive awareness campaign in major indigenous languages. Other efforts should include campaigns on preventive measures such as good personal hygiene like washing hands with soap and water, maintaining a safe distance from someone sneezing and coughing, avoiding the touching of eyes, nose and mouth and generally observing other simple routines. These could make a difference between life and death.

It is noteworthy that the Nigerian authorities are already putting in measures to ensure the outbreak does not snowball into another public health crisis for a nation battling myriads of challenges, including insecurity, poverty, and the obvious Lassa fever epidemic that has claimed scores of lives in recent weeks. The index case has been quarantined and placed on immediate treatment while the 28 persons who had contact with the Italian have also been placed under surveillance. Further contact tracing is being done through the Turkish airline on which he flew in from Milan as well as the hotel he stayed in Lagos and Abeokuta where he spent two days. Nigerians have also started making their contributions to preventing the spread with the use of sanitisers and face masks.

Meanwhile, the Joint External Evaluation (JEE) of the International Health Regulations placed Nigeria’s capacity to prevent, detect, and respond to public health threats at 46 per cent in 2019. This is an improvement on 39 per cent in 2017. Both the Minister of Health, Dr Osagie Ehanire and the NCDC Director General, Dr Chikwe Ihekweazu had assured that Nigeria has the capacity to curtail the spread, especially with reference to how the country managed the Ebola Virus Disease outbreak in 2014. But the present coronavirus outbreak has a faster potential to spread, and has so far not been contained even in the countries with best of health facilities. Besides, although Nigeria defeated Ebola, it was at the expense of eight productive lives, and some $180 million dollars – an amount far bigger than the country’s entire health sector budget for a full year.

With the virus already in the country, the nation needs the political will to prioritise interventions, and this includes beefing up airports, land and sea borders, investing in public awareness on basic hygiene health, and ensuring all contacts with confirmed case or cases are tracked and placed under surveillance. Should the coronavirus outbreak snowball beyond Lagos and Ogun to states that do not have the capacity to deal with such emergencies, the bragging right of being the first to contain Ebola in 2014 among affected nations will no longer matter much. And with our health security still weak, all the gains made in other sectors may come to nothing if coronavirus becomes a full-fledged epidemic.
A nation is only as strong as its weakest link.

Campaigns on preventive measures such as good personal hygiene like washing hands with soap and water, maintaining a safe distance from someone sneezing and coughing, avoiding the touching of eyes, nose and mouth – could make a difference between life and death