Nigeria is indeed a blessed country. And this is a statement we can confidently make from the perspective of the many dimensions of Nigeria’s greatness. One usual way to assess this blessedness is to reference the immense mineral resources that ought to be a source of governance delight and direction for any state. Resources are the connecting lines that enable the social contract which ensures the well-being of citizens. Nigeria has a huge reserve of mineral resources, apart from the crude oil which has dominated their exploitation. Nigeria is also a vast country, the most populous black nation on earth. This has a huge demographic advantage in terms of an active human capital that constitutes the basis of the development planning of any state in the world. These two economic items are supposed to serve as the foundation of economic growth and sustainable development not only for Nigeria but for any other state with the development vision that translates to good governance.

Unfortunately, saying Nigeria is a blessed country is also a tragic statement in all the terrible senses of a tragedy. This is simply because all the indices of greatness sit uncomfortable within the evolution of Nigeria as a country from independence to date. First, Nigeria is a classic example of the thesis of resource curse. Her monocultural economic dependence on oil as well as the immensity of her resources has not translated into any significant transformation of the welfare and wellbeing of Nigerians. And even more tragic is the fact that Nigeria’s immense human capital has remained critically underdeveloped. Rather than talking of the benefits of the youth bulge for the transformation of Nigeria as a youthful country with large youth energy for jumpstarting the economy, we are contending with the terrible implications of youth unemployment that consign 23% of Nigerians to unemployment.

There is one other aspect of Nigeria’s greatness that has not significantly entered the social science literature. And this is the critical number of individuals—public intellectuals, scholars, academics, political activists, indeed, the entire gamut of a proactive civil society and intelligentsia—whose activism serve as a patriotic framework for engaging with the Nigerian state. The transformation of any state indeed, depends usually on this critical mass of citizens who have the capabilities to see beyond what a state is and what it has the capacity to become. In eight century France, it took the dedicated reflection and vitriolic writings of intellectuals like Voltaire, Denis Diderot, Baron de Montesquieu, Rousseau, Alexis de Tocqueville, et al to bring about the French Revolution that changed the meaning of Frenchness forever. In the United States, the founding fathers were serious intellectuals who deployed their intelligence, together with the activities of scholars like Thomas Paine, Benjamin Franklin, Mark Twain, Thomas Jefferson, and a host of writers, poets, philosophers and activists.

In Nigeria, the fundamental issue is not that there is this critical mass of individuals, but that we silence their activism either through studied silence or through some brutal confrontations that jail the intellectuals or even murder them. These critical individuals belong to the category of the heroic in Nigeria—Wole Soyinka, Chinua Achebe, Gani Fawehinmi, Dele Giwa, Billy Dudley, Claude Ake, Hajia Sawaba Gambo, Ken Saro-Wiwa, Adaka Boro, Bala Usman, Bala Takaya, Ayodele Awojobi, Christopher Okigbo, Ben Nwabueze, and so many more. This is indeed an illustrious list—until we begin to take account of its content. Most are dead, some are very old and already weakened by the fight, and some have given up the fight. And yet there are still many more being thrown up by the day to confront and engage with the Nigerian state, despite the pessimism deriving from the fate of those who had gone ahead in the patriotic fight. The most active decimator of the heroic individual in Nigeria is death—either natural death or death at the hand of the Nigerian state.

We just lost Dr Arthur Agwuncha Nwankwo—intellectual, political activist, writer, politician, democrat and ideological pragmatist. He was 77 years old. Dr Arthur Nwankwo was a politician with a difference. And this is so easy to say within the context of an arid political landscape devoid of meaningfulness in terms of deploying politics as an agent for governance transformation. Born in 1942 when the idea of “Nigeria” was just getting molded in the cauldron of colonial calculation, Dr Nwankwo was eventually to be caught in the consequences of the bad politics that threw the barely crawling state into an avoidable civil war that dislocated Nigeria’s post-independence development and nation building dynamics. But then, Nwankwo’s liberal education was sufficiently with the requisite depth to put him above the fray of primitive accumulation, sufficiently well for him to see Nigeria as it should be seen. Only an intellectual with a breath of detribalized imagination and patriotic energy would give seminal freshness to Biafra in Nigeria like he did just after the civil war was won and lost. In his 1972 book, Nigeria: The Challenge of Biafra, Dr Nwankwo was not afraid to broach a matter that was still fresh in people’ minds after the tragic war, and which the federal government itself was wary of exploring. And only a deep and patriotic intellect would see Biafra as a metaphor for making Nigeria stronger.

Dr Arthur Nwankwo believed in Nigeria. And he saw politics and the power of ideas as the two significant weapons that could transform a struggling state into a powerful nation—the true giant of Africa. Nwankwo’s love of ideas led to the emergence of the Fourth Dimension Publishers. Almost everyone who loved books in the 1980s has heard of Fourth Dimension. With its founding in 1977, it became one of the most prolific publishing houses in sub-Saharan Africa. It provided Nwankwo with the opportunity to offload his many original ideas and opinions about the Nigerian state—its predicaments and the possible alternative for making her great. It is at this point of ideas that I first encountered the power of the political conviction of Dr Nwankwo and I must state in firm terms that I then adopted him as role model. There are several reasons to believe that Dr Nwankwo truly wanted to deploy politics for the transformation of the lives of the citizens. It must have occurred to him at a point, quite unfortunately, that his over twenty seven volumes on Nigeria and Africa would not make sense to anyone except he translates his arguments and ideas into paradigmatic governance insights and institutions. Thus, in 1979, he contested for the gubernatorial election in Anambra. Of course, he lost. But that, for me, is not the interesting issue. What is really interesting, which deepened my abiding interest in Dr Arthur Nwankwo is his choice of what he considered the appropriate party under whose aegis he contested for the election. He pitched his tent with Mallam Aminu Kano’s Peoples Redemption Party (PRP), a party without any visibility in the Southeast.

This choice of a party says a lot. First, if Nwankwo had wanted to win at all cost, like most Nigerian politicians today, he would have shamelessly joined any party that was popular and with the right political machinery to corner the votes of the hapless electorate. Second, Dr Arthur Nwankwo was a dedicated ideologist. It is only an ideology—a coherent framework of principles, paradigms and ideology—that could give birth to a stable and capable Nigerian nation, and not the feckless politics of ‘no consequences’ that lined the pockets of the politicians at the expense of the citizens. The PRP under Mallam Aminu Kano emerged from the defunct Northern Element Progressive Union (NEPU) which emerged in 1950 and was firmly rooted in the peasantry and the proletariat of Nigeria. The PRP is committed to a socialist orientation for national development in Nigeria. When it emerged, Chief Obafemi Awolowo was also already hammering the ideology of democratic socialism for grounding Nigeria’s postcolonial governance. Thus, this was a period of fervent ideological ferment on the path Nigeria was to take. It was easy for Dr Nwankwo to find ideological coherence in the PRP’s manifesto which was not present in the parties of the southeast.

Losing the gubernatorial election could also not have been the end of the world for Dr Nwankwo. He had his interests in far deeper political consequences for the Nigerian state. The fundamental question for him was how Nigeria could navigate its postcolonial political dynamics to truly reflect its deep greatness. Here, a consummate reflection on Nigeria’s political history as well as a critical awareness of the fundamental ideological imports of socialism led Dr Arthur Nwankwo to the hybrid ideological framework he called Cimilicy as a form of government most suitable for post-independence Nigeria. Cimilicy went beyond Zik’s Diarchy and demands the coherent adoption of the elements of civilian, military and democratic rules in a unique way that prioritize social and economic growth and development. Of course, the new form of government is foregrounded on socialist ideological dynamics that will generate social development policies around which the citizens’ well-being is founded.

Let us hypothesize: a politician who dedicates his intellect to the fashioning of an ideological framework is not an ordinary politician. Ideological reflection goes to the very heart of a patriotic relationship with a state. But Dr Nwankwo was too much of a public intellectual to make politics an end in itself, rather than a mean to an end of a socialist reordering of the Nigerian state that would make it serve the aspirations of the Nigerian citizens. Is that not what politics should be in the first place—a means for serving some noble governance objectives? In this regard, ethnicity does not even enter into his political considerations. Even when he became the chancellor of the Eastern Mandate Union in 1994, he saw the organization as a partner in the challenge of building a strong Nigeria. Thus, when democracy was almost stillborn under the jackboot of military tyranny, Dr Nwankwo drew the EMU into a formidable collaboration with the pro-democracy coalition headed by NADECO.

Unfortunately, Dr Arthur Agwuncha Nwankwo had been laid to rest without seeing his investment in Nigeria come to ideological light. He had joined the league of the dead revolutionary public intellectuals and political activists who threw their mental and physical energies into making Nigeria better. The tragedy is that we need that coalition right here rather than in the beyond. But who cares now that he is gone? Who really cares? 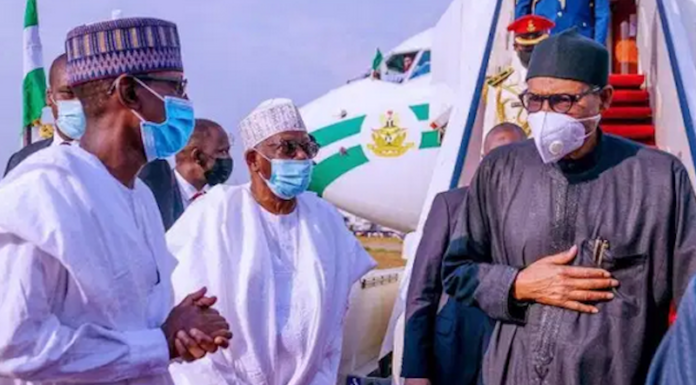