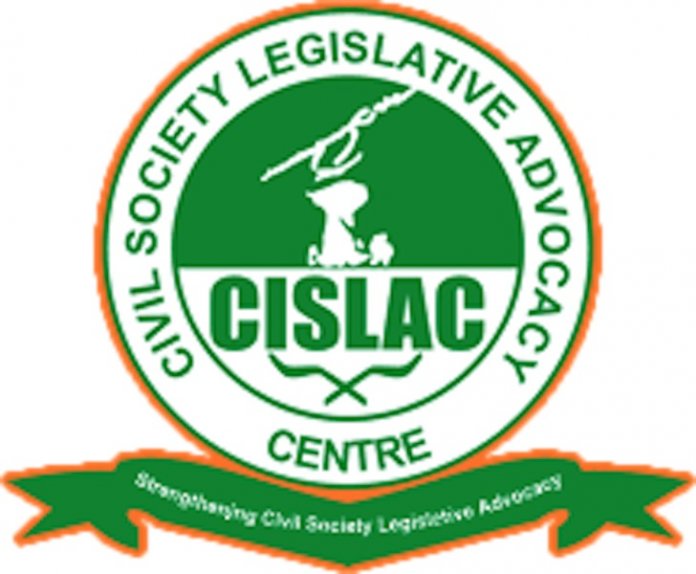 The Civil Society Legislative Advocacy Centre (CISLAC) and members of the Tax Justice and Governance Platform in Nigeria have expressed worry that Nigeria has again scored below expectation on the Financial Secrecy Index 2020.

According to a statement by CISLAC, the Financial Secrecy Index ranks jurisdictions according to their secrecy and the scale of their offshore financial activities, “a politically neutral ranking, it is a tool for understanding global financial secrecy, tax havens or secrecy jurisdictions, and illicit financial flows or capital flight.”

It revealed that Africa remained on the spotlight due to illicit financial flows such as corruption, money laundering tax evasion and avoidance, amongst other financial crimes.

The statement explained that it is estimated that Sub-Saharan African countries lost over $1trillion in capital flight between the 1970s and 2010; “and recently, the Nigerian Extractive Industries Transparency Initiative (NEITI) estimated that Nigeria loses $15-16bn annually to illicit financial flows.”
It maintained that in 2018, the Financial Secrecy Index placed Kenya among the top 30 countries with high secrecy by ranking 27 per cent out of 100 and a secrecy score of 80, adding that Angola took the spot in the 2019 index, “as the most secretive jurisdiction with a high score of 80 while Ghana scored 52 as the least secretive jurisdiction on the continent.”

According to the statement: “Nigeria is the largest economy on the African continent with approximately 200 million people. It boosts of high imports and robust trade, thanks to its teeming population; and one of Africa’s largest oil and gas producers, with over two million barrels per day. The country also has the largest oil and gas reserves in Sub-Saharan Africa, with an estimated 37 billion barrels of oil and 188 trillion cubic feet of gas.

“Due to a poor compliance regime, weak institutions, and a lack of transparency , the country’s tax to GDP ratio remains six percent, making it one of the lowest in the world. In the 2020 global Financial Secrecy Index released at 18:00 today, Nigeria ranks 33 out of 133 jurisdictions with a secrecy score of 70.

“Indicators such as legal entity transparency and integrity of tax and financial regulation are the worse hit from the analysis, followed closely by ownership registration; with international standards and cooperation with most improvement.

“The Nigeria government made commitments that it will unveil a Beneficial Ownership Register for companies to be domiciled with the Corporate Affairs Commission (CAC). This promise has not been met and NEITI, in response to the delays and in compliance with the requirements of Extractive Industries Transparency Initiative (EITI), opened a beneficial ownership register for the oil and mining industry in January 2020.

“So far, much still needs to be done such as passing the amended Company and Allied Matters Act (CAMA) which empowers the CAC to operate a publicly available online platform for beneficial ownership. The Petroleum Industry Bill (PIB), which seeks to improve disclosure and transparency in the industry, is yet to be assented to by the president resulting in monumental loses in the sector that could have been avoided.

“The Intergovernmental Action Group Against Money Laundering in West Africa (GIABA) 2018 reports revealed a spike in the number and the monetary value of currency transaction and suspicious transaction reports in the pre-election and election year.

“This suggests that a lot of these transactions may have been carried out by politically exposed persons and probably for political reasons and does not speak well with banking reporting and compliance standards as well as the anti-money laundering efforts in Nigeria. Politicians are also involved in many adequately publicised fraudulent schemes, with very few convictions to show.”