Following the rising wave of security challenges facing the country, a member of the National Assembly, Senator Ike Ekweremadu (Enugu West), has resolved to sponsor a bill for the creation of state police as one of the ways of addressing the security issues across the country.

Ekweremadu, who is a former Deputy Senate President as well as three-time Chairman of the Senate Constitution Review Committee (2007-2019), also faulted the idea of community policing currently being canvassed by the Inspector General of Police, Mr. Mohammed Adamu.

The bill entitled: “A bill for an Act to further alter the Constitution of the Federal Republic of Nigeria to provide for the establishment of State Police and other related matters (2020)”, a draft of which was sighted by THISDAY, has been slated for first reading at Tuesday’s plenary of the Senate.

The bill is seeking to create a state police to maintain law and order and provide state police services at the state level.

The federal police, on the other hand, will be responsible for the maintenance of public security, preservation of public order and security of persons and property throughout the federation and also provide state policing for any state that is unable to operate a state police until such a time it is able to establish one. Other provisions of the bill, which seeks to address fears of possible abuse, especially by governors, include a proposal for the appointment of the Commissioner of Police of a state by the governor only on the advice of the National Police Service Commission and subject to confirmation of the House of Assembly.

Also, a Commissioner of Police of a state may only be removed on the grounds of misconduct and serious breach of policing standards, among others, provided that such removal is approved by two-thirds majority of the state House of Assembly.

Although the governor may give to the Commissioner of Police lawful directives with respect to the maintenance and securing of public safety and public order as he may consider necessary, the Commissioner of Police may request that the matter be referred to the State Police Service Commission for review and the decision of the State Police Service Commission if he feels that such order is unlawful or contradicts general policing standards or practice.

And the decision of the State Police Service Commission will be final.

The bill also proposes a bi-annual re-certification review of the activities of State Police by the National Police Service Commission to ensure they meet up with approved national standards and guidelines of policing and that their operations do not undermine national integrity or promote ethnic, tribal or sectional agenda or marginalise any segment of the society within the state.

It further proposes the representation of the federal government (appointed by the National Police Service Commission), the National Human Rights Commission (who must be indigenes of the respective states), the Public Complaints Commission, the organised labour, Nigeria Bar Association, Nigeria Union of Journalists, among others, to check abuse.

According to the bill, the National Police Service Commission shall be responsible for supervising the activities of Federal and State Police as well as prescribing standards for training, criminal intelligence data bases, forensic laboratories and render assistance to the State Police in areas as may be requested by such State Police.

Meanwhile, Ekweremadu, who is the Chairman of the Senate committee on Environment, has advised the presidency to embrace state police in order to address the foundational problem of security rather than what he described as “patchwork in the name of community policing”.

The lawmaker who spoke at the weekend said the failure of the current police arrangement was responsible for the formation of the South-west security outfit, Amotekun, and other security structures like Neighbourhood Watches/Vigilantes as states tried to find a way to fulfill the primary purpose of government, which is the security of lives and property.

He said: “I sympathise with Nigerians. I have been on this state police or decentralised police matter for over 10 years now, but nobody cared to listen. Today, we are facing the consequences. I think we are living in denial. The security situation is so bad and the bad news is that it is going to get worse until we do the right thing because we are not dealing with it at all.

“Nigeria lives as a federal state. We accepted before independence that what is suitable for our circumstance is federalism. We need to look at others practising federalism. In those other places, the way they deal with security is to decentralise it. The idea of forming a federal system of government is that you have accepted that you have so many diversities. To respect those diversities, you have to come into a loose arrangement to do things in a way that is peculiar to the people. “

He described community policing as a distraction, saying that is not what Nigeria needs to tackle insecurity.

“They are not going to put men on ground. What they are telling us is that they need to address lack of trust and confidence. That is what community policing is all about. The Inspector General came to us (Senate) and told us they were going to get volunteers who would be giving police information, find out what their challenges are, why do they not trust the police, to build their confidence. That’s what they are saying, but our people don’t seem to get it. But if you have a federal system, you ought to have a complete architecture that can deal with the security situations in a complex manner”, Ekweremadu stated.

He added that state police existed in Nigeria during the colonial era and throughout the First Republic until it was abrogated by the military regime of General Yakubu Gowon due to abuse by regional governments.

Ekweremadu, however, said it was “a huge mistake because what they ought to have done was to come to the table and find a way to solve the problem of abuse as the State Police Bill now seeks to do instead of throwing away the baby and the bath water, thus putting everybody in the present troubles”.

On the issue of funding, the senator reiterated that it would not be compulsory for every state, but for those that could afford it. 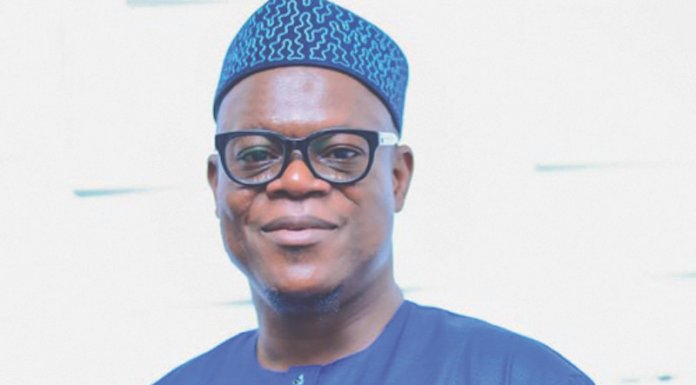