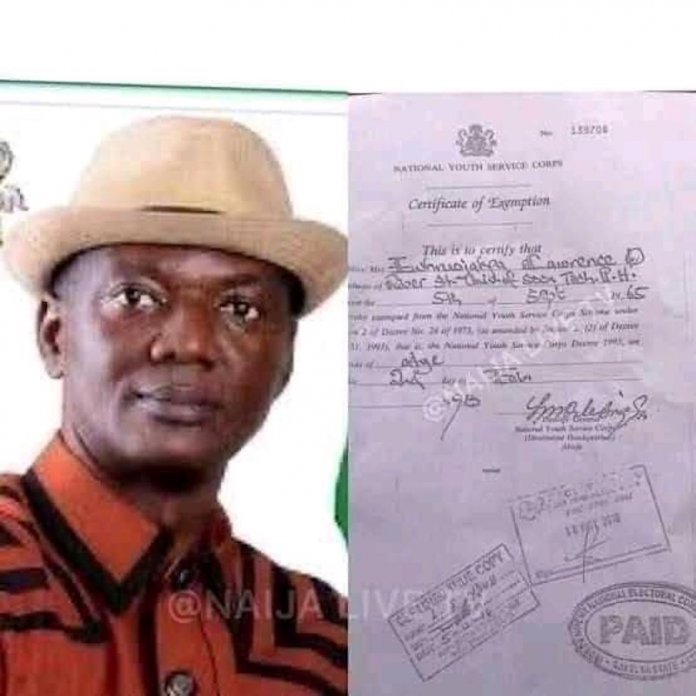 Ewhrudjakpo, who spoke through his counsel, Mr. Clement Kekemeke, in Abuja, explained that NYSC made a spelling error on his surname, adding that he later wrote to the NYSC, notifying it of the error and asking it to correct the mistake and reissue him one with his correct name.

He said the NYSC later corrected it and reissued him with an exemption certificate bearing his correct name.

Kekemeke said, “The position of my client is that he never forged NYSC exemption certificate.”

A chieftain of the All Progressives Congress (APC), Mr. Benjamin Youndiowei, had dragged him, the Peoples Democratic Party (PDP), and the INEC before a court, claiming that Ewhrudjakpo had issued a forged certificate to the INEC to aid his qualification as the running mate of Mr. Douye Diri, who currently is the Governor of Bayelsa State.

But Ewhrudjakpo has insisted that at no time did he falsify his NYSC Exemption Certificate, explaining that he would not have even contemplated such action when his academic documents are genuine.

He admitted that there was a typographical error which he complained to the NYSC office, adding that it was corrected even before he contested for the office of a deputy governor to Senator Diri Douye.

The deputy governor who displayed the original of his credentials, said that justice would soon silence those bent on dragging his name in the mud, explaining that the allegation was a public issue before he was nominated as running mate to the newly inaugurated governor of the state.

“Sometimes in 2019 preparatory to the National Assembly elections, and specifically that of Bayelsa West Senatorial District, where Senator Ewrudjakpo represented until he was sworn in as deputy governor; one Ibisene Afamkolo took him to the Federal High Court and commenced a suit by way of originating summons accusing him of presenting a forged NYSC Exemption Certificate.

“While dealing with that matter, being a pre-election matter; at a point, it became statue-barred, having exceeded the period of 180 days within which it ought to have been dispensed with by virtue of the provision of the 1999 Constitution.

“The next thing that followed was that truly on the certificate presented to INEC by my client in his form CS001, which is the nomination form, his surname was mis-spelt. Instead of Ewhrudjakpo, the name was mis-spelt as Ewhrudjakpa. After the matter was struck out and even though my client had earlier applied for the correction of this mis-spelt name, he was further bored by that matter by re-applying again for the issuance of a new certificate.

“He applied again, drawing the attention of the NYSC to the error on his surname and seeking a re-issuance of a correct certificate. Consequently, the NYSC responded and reissued a fresh certificate correcting our client’s name, reflecting the surname now as Ewhrudjakpo, being the issuing authority that has the loci standi to replace an erroneously issued certificate. That put the matter to rest.”

However, he said that because of politics, the matter again resurrected much to the disappointment of all who knew the true position of things”. 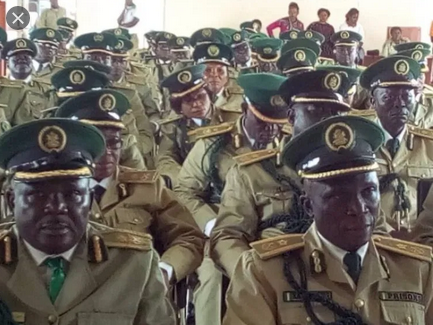