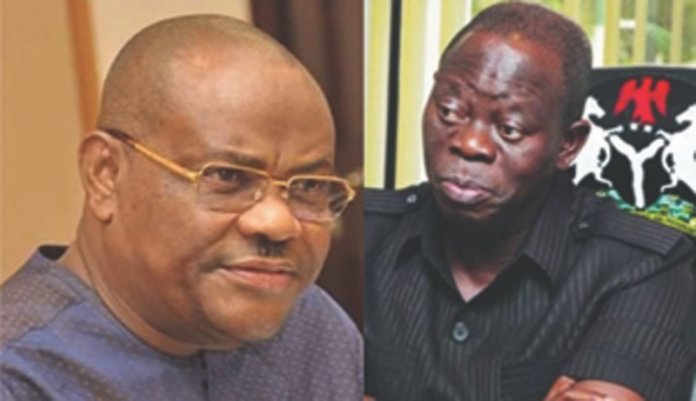 Oshiomhole said Wike’s allegation that he was behind the protest at the residence of Justice Mary Odili in Abuja was reckless.

“This reckless defamation of the character of Oshiomhole is unbecoming of a state government that is supposed to operate under the rule of law including fairness and justice to all”, Oshiomhole said.

Wike had asked Oshiomhole to resign as APC National Chairman after he said that no one should be sworn in as Bayelsa State governor following Supreme Court judgment that set aside the election of David Lyon of APC as governor.

S’Court Under Pressure to Review Own Judgments

There are three applications pending before the Supreme Court to review its judgments but these have been considered evidence of the loss of confidence in the apex court.

The Peoples Democratic Party is seeking a review of the judgment on the Imo governorship election while the All Progressives Congress wants the apex court to revisit its judgments on Zamfara and Bayelsa States respectively.

Aside those three, a former of Kano State, Senator Rabiu Kwankwaso has also been reported as considering a push for a review of the Kano State governorship election.
The fact that protesters had to lay siege on Mrs. Mary Odili’s residence as a result of the judgment delivered in the Bayelsa State governorship election is further proof that trust in the justice system has ebbed.

Many are, therefore, of the view that the judiciary should not be deciding winners and losers in elections, as that’s completely not within its purview.
It is the view of many that if an election was struck down, it’s only logical that the people be allowed to go back to the ballot and decide who governs or represents them at any level.

A story that is expected to continue to generate reactions is the decision by the federal government to allow the Kebbi State governor, Abubakar Bagudu to keep over $100 million from funds stolen by the late dictator, Sani Abacha.

The federal government was obviously in a dilemma as to deciding whether to abide by its agreement with the Kebbi State governor and his associates and jettison the help of the United States in recovering the stolen loot or ditch the agreement and continue to enjoy US’ support to recover and repatriate more stolen funds to Nigeria.

On the other hand, if the federal government insisted on complying with the agreement, it might risk losing the support of the US in its efforts to recover the remaining looted funds starched overseas.

The Oluwo of Iwo, Abdulrosheed Akanbi is currently enjoying being in the news as hardly a week goes by without making the headlines.

Akanbi, who was suspended for six months last week by the Osun State Council of Traditional Rulers, because he reportedly attacked a fellow Oba during a meeting, had since dismissed the news as a joke.

The council said Akanbi was suspended for “indecent acts” to some monarchs, including the Alaafin of Oyo, Lamidi Adeyemi; Alake of Egbaland and the Ooni of Ife.
Oluwo’s assault on the Agboowu of Ogbaagba, Dhikrulahi Akinropo, allegedly followed a land dispute in Iwoland.

During the week, a Kaduna State High Court discharged and acquitted 91 members of the Islamic Movement in Nigeria (IMN).
The freed members of the Shiites group were arrested during a clash with soldiers in Zaria in December 2015.

About a hundred members of IMN had earlier been released, because the Kaduna State government could not substantiate the charges filed against them.

An Assistant Director attached to the State House, Abuja, Laetitia Naankang Dagan, was killed in the week.

Dagan was allegedly killed at her apartment in Galadimawa, Abuja, Monday evening, shortly after she returned from work.

She was said to have left her office in the Presidential Villa, Abuja, about 8pm while the incident reportedly took place about 11 pm.

Although findings about her killers are still sketchy, preliminary findings claimed she might have been killed by a neighbour, who was into internet fraud, after the police allegedly revealed to the fellow she tipped them off. 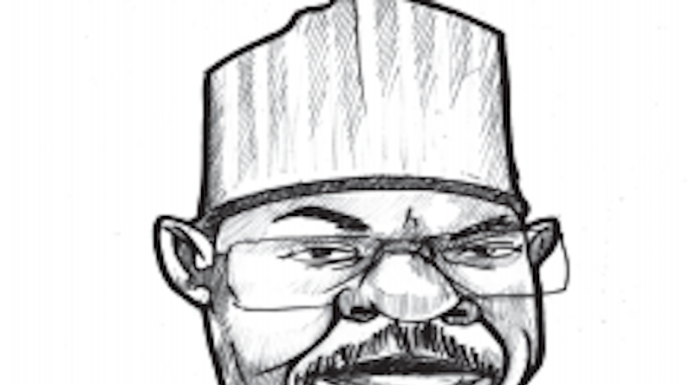