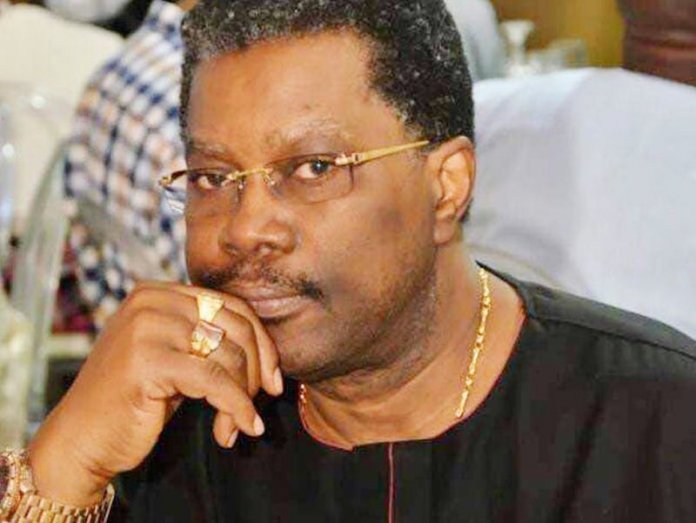 They are billionaires. They have eye-popping mansions. Their garages are filled with some of the latest and world’s most expensive cars, including Limousine and Rolls Royce, among others.

Property Merchant, Olu Okeowo and billionaire businessman, Bolu Akinolugbade, both live what may be described as kingly lifestyles.
These high-flying and high net-worth businessmen share so many things in common like Siamese twins.

But that was until five years ago! Since then, they have stopped attending shindigs in the same attire. They no longer acquire the same choice of costly automobiles, fly on the same private jet and pay visits to each other at intervals as they did when the going was good.

Even now, many have yet to come to terms with the cause of the crack in their relationship previously described as a true definition of friendship.
In order words, no one could have imagined that the Asiwaju Onigbagbo of Iruwon Ijebu Ode and Aare Ona- Kankanfo of Owu Kingdom could turn their backs on each other.

But the reality today is that these men of class and panache no longer see eye -to -eye. Their rope of friendship has been broken, while it has been left untied.
However, tongues have not ceased to wag on the reason for the bad blood between the duo.
A source close to the duo attributed the disagreement to several issues that have piled up over the years.
One of the reasons, he said, borders on the huge difference in their age.

According to the source, it took Olugbade, who is in his 60s, a long while to know that he is older than Olu Okeowo, who is in his early 50’s.
When he found out about Okeowo’s real age, he felt Okeowo should accord him more respect.
For Okeowo, a free-spirited man, he felt age is just a number that must not define true friendship.
But the Aare Onakakanfo wouldn’t want to hear any of this.

Another close source disclosed that the crack in the wall was further fuelled by envy and quest to outshine each other.
“They were always on the verge to outshine each other at everything they do. They acquire the same Rolls Royce automobile to outshine each other. They built the same houses at highbrow places with similar designs. When they attended public functions, there’s stiff competition on who would spend more for the artistes singing their praises. All these played a pivotal role in their split,” the source said.

It was also gathered that, despite several interventions by a number of well-meaning personalities, the billionaire businessmen have refused to sheathe their swords and embrace each other like the exemplary friends they used to be, before allowing the devil come between them.

“The feud between them might not be over soon. Their common friends and top billionaires have waded into the issue in a bid to resolve it amicably, but they have refused to bury their past and move on. It will only take the grace of God to bring them back together,” said another source.