The federal government Thursday launched a pushback against clamour for President Muhammadu Buhari to resign because of the security challenges facing the country.

It said there was no reason for the president to step down because the security challenges were being tackled headlong by his administration.

The Minister of Information and Culture, Alhaji Lai Mohammed, at an interactive meeting with editors in Abuja, urged those calling for the resignation of the president or the sack of security chiefs to be careful at this time so as not to aggravate the security situation with “incendiary comments” that cash in on religious, ethnic and political fault lines to further divide the country.

The president, on his part, at another occasion Thursday in Abuja, said he was conscious of the grave effects of poverty on the family as the fundamental unit of the society, adding that poverty alleviation is key to upholding family values.

The whispering clamour for the president to quit reached a crescendo on January 29, 2020 when Senate Minority Leader, while decrying the high level of insecurity in the country, called on the president to step down immediately for failing to secure the lives of Nigerians since his election in 2015.
Abaribe, who was contributing to a motion entitled ‘Nigerian security challenges: Urgent need to restructure, review and re-organise the current security architecture’, moved by the Senate Leader, Senator Yahaya Abdullahi, and 105 other senators, said Buhari had failed to protect lives and property, which was one of the president’s electoral promises in 2015 and 2019.

Abaribe’s resignation call got backing from the Peoples Democratic Party (PDP) and some other Nigerians.
But Mohammed dismissed the calls thursday, saying the president will serve out his tenure.

He said: “To those asking Mr. President to resign, I wish to say this: Mr. President will not resign. He has the overwhelming mandate of Nigerians to preside over the affairs of the country till the expiration of his tenure in May 2023,”

The minister also raised the alarm over what he described as a spike in the dissemination of fake news and the use of disinformation in recent times, saying, this is not accidental.

According to him, fake news, disinformation and hate speech have become the weapons of choice to create tension in the polity and destabilise the country.
“And those behind it, the naysayers, are not about to relent. For some people, the 2019 elections are not over. They are stuck in the pre-election mode. And they must continue to use these weapons to put Nigeria on edge,” he stated.

On efforts to tackle insecurity, the minister said the Buhari-led government had been providing the military and the security agencies with all the resources needed to fight insecurity and also believed in their ability to restore order.

“These challenges will be successfully tackled. I will, however, advise all commentators, especially political and religious leaders, to be very careful at this time not to aggravate the situation with incendiary comments, comments that cash in on our religious, ethnic and political fault lines to further divide us.

“The kind of comments that have been attributed to some leaders, especially religious leaders, are incendiary and reckless. Leaders should be part of solutions to problems, rather than aggravating situations,” he added.

Expressing concern over how fake news could worsen the security challenges, Mohammed stated that the challenges were being aggravated because those behind the fake news and disinformation had also deployed new tactics, top of which is the recycling of old news items and videos.

“A good example is the video of the over 400 young men suspected to be Boko Haram members who were intercepted in Abia State in 2014. About two weeks ago, the video came back into circulation, creating panic in the polity. Their intention is simple: to create tension and panic in the country.

“Other recent instances of fake news: that President Muhammadu Buhari will be travelling to the UK for 20 days before proceeding to Saudi Arabia and Austria; that the Minister of Transportation, Mr. Rotimi Amaechi, was attacked at the Rigasa train station in Kaduna.

“That the Nigerian Air Force killed 250 Boko Haram insurgents and that the Minister of Communications and Digital Economy is planning to unveil some new ‘communication regulations’ aimed at recording all calls, monitoring WhatsApp, Twitter and Facebook, etc. Even private individuals have also been victims of this scourge,’’ the minister said.

While appealing to Nigerians to be circumspect in believing or circulating fake news, the minister said the federal government was pushing ahead with its plan to sanitise the social media by working with stakeholders.

He said the federal government would inaugurate the stakeholders’ committee on March 2 to deliberate and recommend the way forward.
According to the minister, the government is also planning a major international conference that will bring together the tech companies, journalists, policy makers and others as part of efforts to tackle fake news.

“Last week, I met with representatives of Google and Facebook for the same purpose. The situation is dire, and no nation that values its peace, security and stability will allow an irresponsible use of the social media,” he stated.

On the disruption of international flights to the Murtala Muhammed International Airport in Lagos in recent times, leading to the diversion of the flights to other airports within and outside the country due to adverse weather conditions at the airport, Mohammed apologised to Nigerians and other travellers who have had to endure inconveniences.

Explaining the cause of the problem, the minister said in its commitment to passenger safety and security, the federal government recently decided to upgrade the navigational facilities at some major airports across the country.

“In the first phase, the CAT III ILS was procured and installed in Lagos and Abuja. In addition, the government procured a calibration aircraft instead of renting one each time for $500,000. Both Abuja and Lagos airports were calibrated. The CAT III ILS is working perfectly here in Abuja.
“But after calibration, some incorrect readings were noticed in the CAT III ILS at the MMA. Just as it was about to be re-calibrated, the weather situation in Lagos changed for the worse, hence the disruption of international flights into Lagos.

“Some airlines opted to divert their flights to Kotoka International Airport in Accra, Ghana, which, by the way, does not even have a CAT III ILS but where the weather was not as adverse as that in Lagos. Many travellers bound for Nigeria became stranded,” Mohammed explained.

‘’I am happy to announce that the two runways at the airport in Lagos have now been calibrated for CAT III ILS and NOTAM sent out’’, he added.
Also speaking on the $500 million loan being sought from China by his ministry, the minister said it was wrong to suggest that the loan was only for the upgrading of NTA equipment alone.

According to him, the loan, among others, is for the construction of a headquarters complex and transmission network for Integrated Television Services (ITS) and to build an ultra-modern Media City in Ikorodu.

Meanwhile, the president Thursday in Abuja said that given the grave havoc that poverty wreaks on the family, his administration will continue to work towards an improvement in economic empowerment of the people.

He pledged the federal government’s interest in fostering economic support for families and also to empower family members with a view to enhancing family economic status and stability.

The president made this pledge in Abuja while declaring open the Joint National Conference of Nigerian Supreme Council for Islamic Affairs (NSCIA) and Future Assured Initiative on Repositioning the Muslim Family for National Development.

Buhari described the family as the bedrock of any society and canvassed the necessity to give it the deserved attention in the country.
The president said his administration had embarked on a range of empowerment programmes, noting that such programmes could have both direct and indirect impacts on the families.

“We have been conscious of the havoc poverty is wreaking on the family. We therefore believe that poverty alleviation is central to safeguarding the integrity of our families.

“Our administration introduced a number of economic empowerment and poverty alleviation schemes. Some of these directly impact on families while others have indirect effect on families through their multiplier effects,” he stated.

According to a statement by the president’s media adviser, Mr. Femi Adesina, Buhari said many homes had benefitted from the federal government’s Conditional Cash Transfer, adding that trader-moni and market-moni schemes initiated by the government had also been impactful.

“The school feeding programme has assisted immensely in supporting poor Nigerian families in getting their children enrolled and sustained in school,’’ he said.
He appealed to religious leaders to devote more attention to issues aimed at strengthening the family and as well build the society.
While commending organisers of the event for the initiative, Buhari appealed to other religious bodies, notably the Christianity and Islam, to borrow a leaf from the initiative, describing religious leaders and organisations as embodiments of values.

The president tasked the religious leaders and organisations to channel their messages towards addressing family values with a view to reawakening people’s consciousness to these values.

Buhari commended the Sultan of Sokoto, Sultan Muhammadu Sa’ad Abubakar II, who was present at the event as well as the Future Assured Initiative, led by his wife, Aisha, for spearheading projects on marriage and family.

According to the statement, the first lady, in her remarks, said the project would identify critical marriage challenges and come up with relevant platforms for resolving them.

Mrs. Buhari who said she had assembled Islamic scholars to address the issues, identified sensitisation of relevant stakeholders with their responsibilities as one of the platforms.

“We have succeeded in assembling an array of Islamic scholars to further deliberate on these matters, with the belief that they will do justice to the issues,’’ she added.

On his part, Senate President, Dr. Ahmad Lawan, advocated the implementation of the Universal Basic Education with the intention of compelling parents to send their children to school, promising that the National Assembly would work with the executive to ensure compliance.

The Emir of Kano, Muhammadu Sanusi II, also advised men to accept full responsibilities for their marriages by taking cognizance of fundamental importance of economic interests in marriage.

He advised men to marry responsibly and have only the number of children they can cater for. 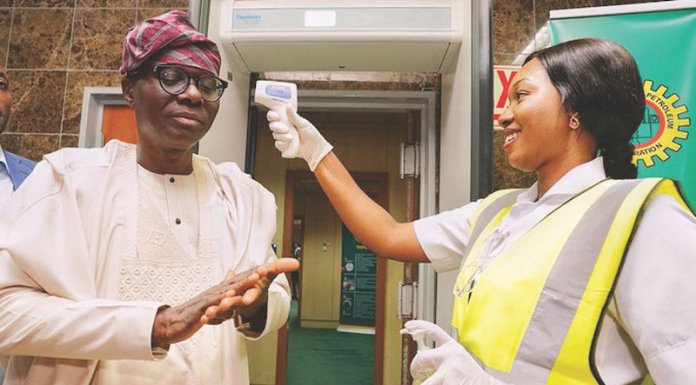