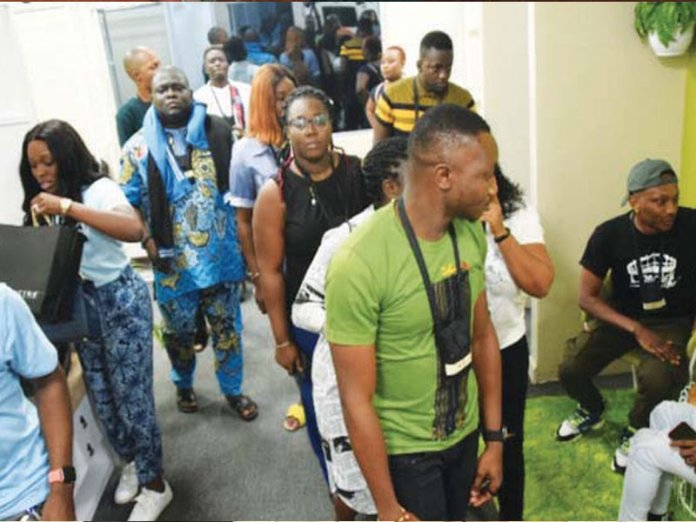 The instruction was clear: we are to pack everything we need to spend a night in the Love Pad. But on the scheduled day for the tour, not a few had a packed bag that suggested they were going on a vacation, instead of a sleepover.

For these journalists and social media influencers, the opportunity to tour the facility that will house contestants of the new reality TV show by MultiChoice Nigeria was one not to be missed. It was one that availed them the chance to feel like contestants in the game and get first-hand experience of the show.

As we converged at the Sheraton Hotels, Ikeja, waiting for the tour to kick-off, quite a few shared their opinions about the show. Some compared it to the popular Big Brother Naija reality TV show and wondered if it will have some of the dramatic elements that have given the latter prominence. Will there be an Ultimate Love mania?

Last year when the leading video entertainment company announced the show, it emphasized that the programme would focus on love. Ultimate Love involves singles living together in a house with the intention to find love that will possibly lead to marriage. For this first season, 16 singletons, eight males and eight females initially entered the house but four contestants were later added, raising the total number of contestants on the show to 20.

As the camaraderie grew more infectious, others were more interested in the house. Will it be beautifully furnished to reflect the theme of the show or not? They only had a few minutes to feed their curiosity as the bus whisked them away to the isolated residence.

The team was ready to receive us the moment we arrived. After the introductions were made, the team took us through the Master Control Room where a group of professionals were assembled to monitor the activities in the house. Following the Big Brother Naija format, the contestants would be monitored 24 hours and cameras were situated in strategic parts of the house to ensure no action was missed, except the conveniences and wash rooms.

The head of the team is known as the Content Director who listens to every conversation in the house from her console and directs her camera monitoring team on whose story to follow. There was also another team who log in every activity that goes on in the house. In the audio section, another team ensures that the audio syncs seamlessly with the video. Each of the audio tools come in twos to avoid mishaps.

The moment everyone was waiting for finally arrived. A mix of anticipation and excitement rent the air as we gradually approached the doors to the mystery Love Pad. Unlike the contestants who entered from the main exit door, we walked in through the auditorium, an open space with white walls adorned with artwork that portrayed the diverse cultures of the country.

But the gasps and screams came when we finally walked into the living quarters, which was quite a sight for our sore eyes. Like little children, we ran in different directions, some to the kitchen to check out the fridge and refrigerator already stocked with assorted food and drinks. Others explored the bedrooms, carefully distinguished by the colours of the walls.

The male bedrooms were painted in white and lemon colour with grey blankets covering the beds, while the females had their walls dipped in pink and white with matching pink blankets. Not a few took wefies on the beds. A unique trait of the house was that each decor spoke volumes of partnership.

From the beautiful artwork of lovers to the pair of pigeons, every other artifice came in twos. To fully portray the love theme, little pots of flowers were lined up on the lower part of the walls of the hallway. The part of the house that took some breath away was the courtyard. With the blue sparkling water of the jacuzzi beckoning on us, and the neatly combed lawn with the love seats, we felt we were on an island.

To give the courtyard that feel of being surrounded by water, a part of it had sand for the lovers to dip their feet. The loveseats soon became a perfect spot for pictures. So did the jacuzzi. We all gathered and posed for the cameras. It was the only moment we had with our phones before they were taken from us. Without our phones, we only had each other to communicate with and did we make the most of it?

While some moved to the kitchen to make dinner, others shared drinks and chatted in the garden while sharing their impression of the house. One of the social media influencers loudly remarked that he was already feeling like a contestant. But a few hours later when nomophobia kicked in, he declared that he wouldn’t stay in the house for long without his phone.

Others imagined what it would be like to compete in the game, to meet a stranger in the house and fall in love with them. One of us played with possible matches but quickly jilted the thoughts.

After dinner, it was game time. We once again introduced ourselves to one another and argued on which game to play. From Truth or Dare to Concentration Game, we played, teased and shared jokes that gave us stitches till midnight when we gently slipped into Morpheus arms.

By morning, it was time to go home, but we still had cold feet. Quite a few wished they could stay longer but the cruise was over.

Saving the best for the last, we were all presented a box of customised gifts with our names printed boldly on the package. It was indeed an ingenious idea to allow the love in the air follow us all the way back to our different homes.