In the past two editions of the Africa Magic Viewers’ Choice Awards, veteran actresses had clinched the Best Actress trophy. Omotola Jalade-Ekeinde won the award in 2018 for the movie ‘Alter Ego’ while Rita Dominic took the award home in 2017 for her role in the military thriller ’76.

For the seventh edition, this category is keenly contested by both veterans and not so new faces. Sola Sobowale, Kate Henshaw, Toyin Abraham and Zainab Balogun are the nominees vying for the coveted spot. All actresses are peerless in their performances but going by the history of the AMVCAs, the winner in this category is one who has displayed not only exceptional acting but also the movie which she is nominated in is mostly a psychological thriller that put her in a dilemma.

Take for instance Omotola Jalade-Ekeinde who won in this category for the movie ‘Alter Ego’. In that movie, Omotola as she is fondly called switched between a human and child rights activist and a nymphomaniac. Also, in ’76, Rita Dominic played an emotional role as the wife of a soldier who is accused of plotting a coup that led to the assassination of the Head of State. Her role in the movie fetched her an AMVCA in this category in 2017.

With these precedents, it is likely that the winner in this category may go to any of the actresses featured in a thriller, and probably a newcomer. But it won’t be as easy as peas as almost all the movies the actresses are nominated for are thrillers. Sobowale leads in ‘King of Boys’ as an ambitious political leader caught in a web of lies and betrayal.

Henshaw is the fearless police officer in ‘Ghost and the House of Truth’ while Abraham plays the semi-illiterate pregnant woman in ‘Elevator Baby’. Of the five nominees, Balogun fetched two nods for her roles in the movies ‘Sylvia and ‘God Calling’. Both movies are linked to the supernatural world. While she played a vengeful paranormal character in ‘Sylvia’, her character in ‘God Calling’ was that of a young lady on a journey of redemption. Balogun was particularly praised for her interpretation of the character.

At the end of the day, this category will be mostly between Sobowale and Balogun. Sobowale is a fan’s favourite. Her comedic and villainous roles have made her a Nollywood sweetheart and clinching this award will be a well deserved reward for the actress who had entertained fans on the silver screen.

On the other hand, Balogun stands a higher chance of winning the award. Over the years, the young actress has proved her mettle and perhaps gave us her all in both movies, tea hung depths to render interpretations of her characters. And since the organisers have a panache for recognising and rewarding new talents, it is likely that she will be the preferred choice.

Nevertheless, this category is open to the public. Therefore, it is the campaigning power of the nominees that will determine who will eventually take the crown. 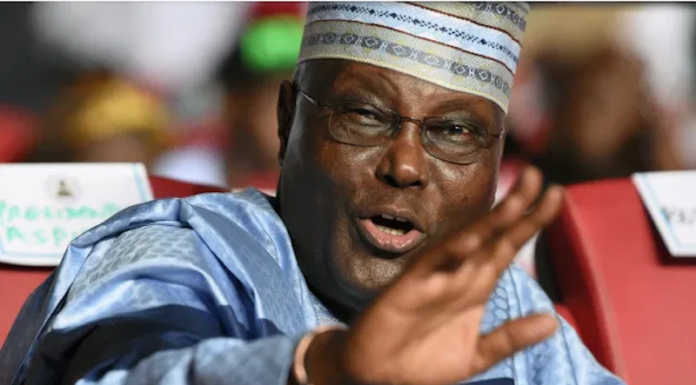