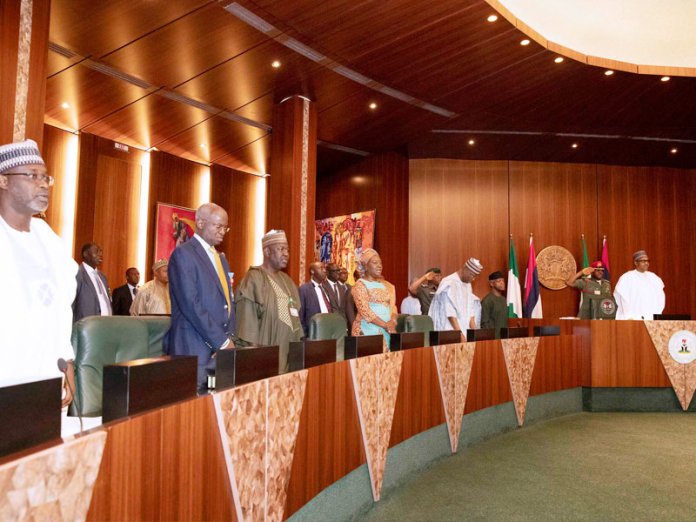 The federal government is considering a proposal to take over power supply from the distribution companies (Discos) and hand it over to a German firm, Siemens.
It warned wednesday that it could no longer tolerate the shoddy performance of the Discos, which has undermined its efforts at ensuring stable supply of electricity.

Should the proposal be approved, Siemens will fully take charge of power generation, transmission and distribution.

Briefing reporters after the weekly Federal Executive Council (FEC) meeting in the State House thursday, the Minister of Power, Mr. Saleh Mamman, said whereas Nigeria currently generates 13,000 megawatts of electricity, it transmits 7,000 to Discos while the distribution companies can only distribute 3,000 megawatts to end users.

According to him, the Discos have continued to demonstrate a show of incapacity, inefficiency and dishonesty in the distribution of power to consumers despite the huge investments made into the sector by the federal government since the privatisation of the power sector in 2013.

The minister regretted that even when the discos receive 3,000 megawatts, they shortchange the system by paying for only 1,000 megawatts, threatening that the federal government could no longer continue to subsidise their inefficiency.

“Government cannot continue subsidising. If they are ready to continue, fine. If not, give chance to those who are ready,” Mamman stated.
The minister said the proposal to hand over power distribution to Siemens was contained in a Memorandum of Understanding (MoU) that he submitted to the council yesterday.

The minister’s memorandum, which FEC admitted yesterday, would be deliberated upon soon and if approved, the Discos will be out of business.
The minister only stopped short of saying that the privatisation arrangement embarked upon by the federal government in 2013 with the intention of ending the power supply crisis, has failed.

He said: “What I want to say is that most of the problems we are facing in this country is that we cannot get electricity supplied adequately and efficiently and this is because we have a problem in distribution. On generation, there is no more problem. We can generate up to 13,006 megawatts but the transmission, those who are taking the electricity supply can only take 7,000 megawatts; even at that, they are not taking the whole 7,000 megawatts but only 4,500 megawatts and then send for distribution. The distribution (Discos) in turn receives only 3,000 megawatts. Because of technical and commercial reasons, they cannot contain the whole power that has been generated.

“So, we have to correct the infrastructure. That is why I said that today (yesterday), I submitted my observation to council and I believe the government is on it. One of the things I will tell you is that government has signed a memorandum of understanding with the German company, Siemens.

“They are to align between distribution and transmission and also generation, so that at the end of the day, if we generate 13,000 megawatts, transmission will take the whole 13,000 and will distribute same. That way, Nigerians will be happy and everyone will have 24/7 electricity supply.”
On January 23, 2020, the federal government, at the end of the monthly National Economic Council (NEC), had said it had so far spent N1.7 trillion on the power sector without any commensurate output.

“That is what we are saying. Government cannot continue to subsidise because what they are doing is that they collect 3,000 megawatts and pay for only 1,000 megawatts. That is 15 per cent of what they are collecting. So, government is the one completing the payment.

In his own briefing, the Minister of State for Works, Abubakar Aliyu, said the council also approved a memorandum to increase the contract cost for the construction of Benin-Akure Road from the earlier N3.297 billion to N4,770,188,497 billion.

He said the contract, which was awarded in 2013 by the former administration of Dr. Goodluck Jonathan, was inherited by the current government.
“We presented a memo to the council today (yesterday), which is an augmentation of an ongoing project. It is a road project from Benin-Adumagbe-Igba-Akure Road in Edo and Ondo States.The contract was awarded in December 2013, meaning we have inherited the project, and as you all know, it’s the decision of President Muhammadu Buhari to continue and complete all ongoing projects.

Also briefing, the Minister of Water Resources, Malam Suleiman Adamu, said the council approved a memorandum of understanding that he presented, seeking to raise an earlier contract sum of N3.263 billion for the execution of Shonga irritation project in Kwara State to N10.18 billion.
He said the project, located between River Niger and River Benue basins, could serve 1,500 to 2,300 hectares of irrigation project.