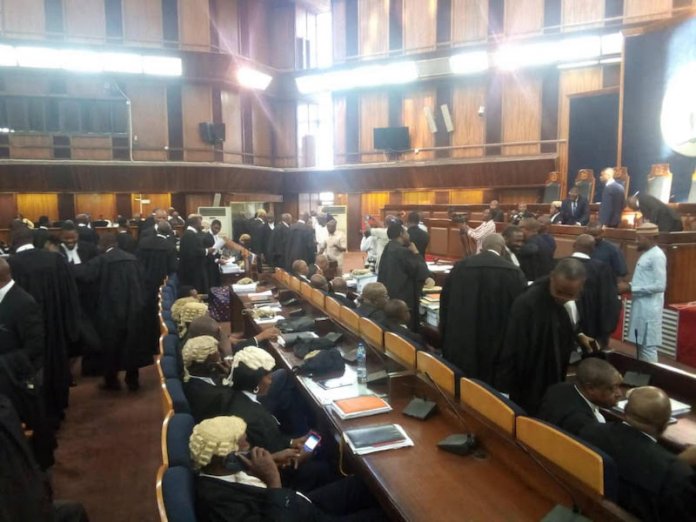 The Supreme Court yesterday adjourned till March 2, hearing in the review filed by the sacked Governor of Imo State, Hon. Emeka Ihedioha, against the declaration of Senator Hope Uzodinma as winner of the March 9 governorship election.

The apex court also adjourned hearing in another appeal by the All Progressives Congress (APC) in Zamfara State praying the apex court to review its judgment on the gubernatorial election in the state.

Hearing in the Ihedioha’s appeal could not go on as scheduled by the court following a request by Ihedioha’s lead counsel, Chief Kanu Agabi (SAN), for a short adjournment to enable him to respond to a process served on him the previous day by the respondents.

Ihedioha in the appeal filed on February 6, is asking the apex court to set aside its judgment, which removed him from office on the grounds that the judgment was a nullity and as such liable for a review and subsequently reversal.

The Independent National Electoral Commission (INEC) had declared Ihedioha winner of the March 9 governorship election, having won majority of the lawful votes cast at the governorship poll.

But the Imo State Governorship Election Petition Tribunal and the Court of Appeal in their concurrent decisions in an appeal filed by Uzodinma, upheld Ihedioha’s election and dismissed the petition on the grounds that Uzodinma did not prove his allegations against the election of Ihedioha.

However, the Supreme Court in its January 14 judgment disagreed with the decisions of the lower courts on the grounds that they erred in law when they excluded votes from 388 polling units from the total scores at the poll.

But Ihedioha went back to the apex court in the appeal he filed on February 6, asking the court to set aside the judgment sacking him as governor on the grounds that the judgment was procured by fraud.

In the application, Ihedioha and his party, the Peoples Democratic Party (PDP), said the court was misled because the petition against his election was speculative.
However, when the matter was called yesterday, Ihedioha’s lawyer informed the court that “processes are still coming in” and as such he would be asking for a short adjournment, adding that he was only served yesterday with the respondents’ processes.

Counsel to Uzodinma and APC, Mr. Damian Dodo (SAN) and INEC, Mr. Inuwa Tanimu (SAN) did not oppose the request for adjournment.
Consequently the seven-man panel led by the Chief Justice of Nigeria (CJN), Justice Ibrahim Muhammad, adjourned till March 2 for hearing.

Other justices sitting in the panel included Justices Sylvester Ngwuta, Kayode Ariwoola, Kudirat Kekere-Ekun, Amina Augie, Adamu Galinje and Uwani Aba-Aji.
That means the Supreme Court failed to accede to the request by the PDP to reconstitute the panel to hear the review of the judgment.

The PDP in a letter dated February 14, 2020, and addressed to the CJN, had requested that Justice Muhammad and his six other colleagues who heard Uzodinma’s appeal and entered judgment in his favour, recuse themselves from hearing the review application to prevent a possible miscarriage of justice occasion by likelihood of bias.

In its judgment sacking Ihedioha, which was delivered by Justice Kekere-Ekun, the apex court ruled that when the excluded votes totalling over 200,000 were added to Uzodinma, the APC candidate and not Ihedioha actually won majority of the lawful votes cast in the March 9 governorship election in Imo State.

The apex court consequently declared Uzodinma governor of Imo State and ordered the INEC to withdraw the earlier certificate of return issued to Ihedioha and issued a fresh one to Uzodinma.
However, Ihedioha in the appeal he filed on February 6, is asking the apex court to set aside the judgment sacking him as governor on the grounds that the judgment was procured by fraud.

In the application, Ihedioha and his party, the PDP, said the court was misled because the petition against his election was speculative.
“The 1st appellant/respondent alleged that votes from 388 polling units were unlawfully excluded or cancelled and urged the court to include in the computation of the election results the votes from those polling units. At the same time the 1st appellant/respondent prayed that fresh elections be conducted in the said polling units thus rendering the petition speculative.

Another ground he said, is that Uzodinma and his party, APC, failed to plead the votes scored by all the parties in the 388 affected polling units as only votes allegedly scored by APC and PDP were pleaded, “an omission which rendered the petition incompetent”.
The applicants further argued that by Exhibit A1 (Form EC8D) the total number of voters accredited for the governorship election held on March 9, 2019 in Imo State was 823,743,while the total valid votes cast was 731,485.

Another reason Ihedioha and PDP gave in their application was that the judgment was obtained by fraud and deceit.
The applicants accordingly asked the court for “an order setting aside as a nullity the judgment delivered by this Honourable Court on the 14th of January 2020 in Appeal No. SC.1462/2019 and Cross Appeal No. SC.1470/2019.

“And for such other order(s) as this honourable court may deem fit or proper to make in the circumstance.”
However, Uzodinma has also asked the court to dismiss the appeal for lacking in merit and a waste of the court’s time having been caught up with section 285 of the 1999 Constitution, which provides a 60 days life span for the hearing and determination of the appeal.

Uzodinma and the APC who are 1st and 2nd respondents respectively, in their reply to Ihedioha’s motion claimed that the request is nothing but a mere academic exercise and an affront to the 1999 Constitution.
In a 19-paragraph affidavit filed in opposition to Ihedioha’s application, the governor and his party said the 60 days allowed for the Supreme Court by the constitution had elapsed.

“The undisputed facts relating to the respondents/applicants’ motion hereinafter referred to as “the motion” are to the effect that the judgment of the Court of Appeal was delivered on 21st September, 2019 while the one sought to be set aside was delivered on 14th January, 2020. Clearly, the 60 days allowed by Section 285(7) of the 1999 Constitution (as amended) for this honourable court to hear and determine appeal from the Court of Appeal in an election matter, lapsed on 17th January, 2020. The motion to set aside was filed on 5th February, 2020, 19 days after the time allowed by the constitution.

“It is now a settled law that the 60 days time limit to determine and conclude litigation on election matters is sacrosanct and cannot be extended by any guise”, they stated in the counter affidavit filed on their behalf by the lawyer.

Also, hearing in another appeal by the APC in Zamfara State also praying the apex court to review its judgment was also adjourned till March 2.
The APC is asking the court to review the consequential order, which barred it from participating in the 2019 general election due to inability of the party to conduct primary election.

Hearing in the matter brought by their lawyer, Chief Robert Clarke (SAN), was shifted to March 2 upon the discovery that two respondents in the matter were not in court and not served hearing notice.

The CJN while adjourning the matter said necessary parties were not before the court as required by law and as such the matter could not go on.
Clarke while opening the case of the APC said that they were not saying that the judgment of the court was a nullity but rather praying the apex court to review the consequential order that prohibited APC from fielding candidate for the general election in the state. 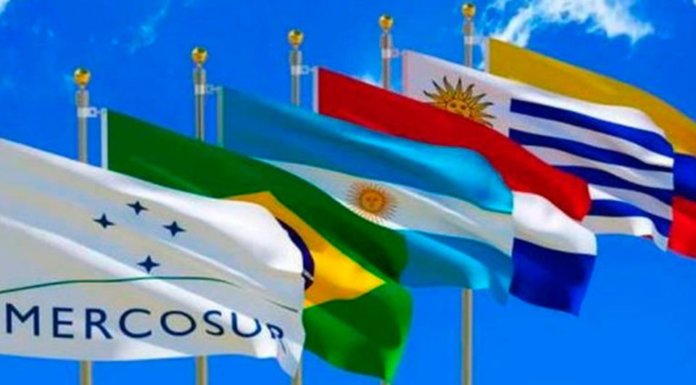