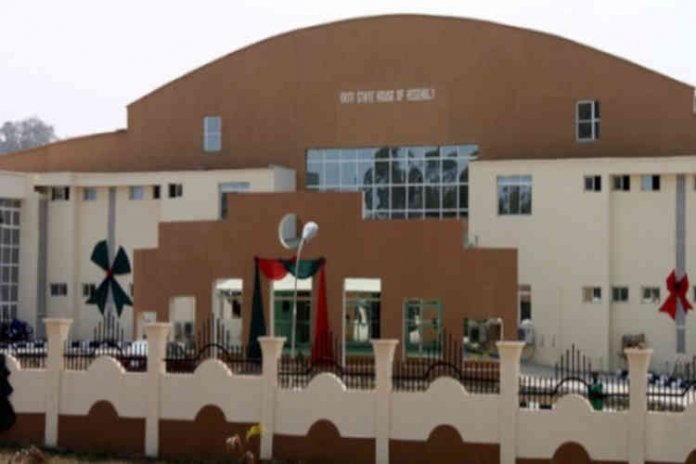 Ekiti State House of Assembly yesterday denied the insinuation that the state has severed tie with other south-west states in the running of the Western Nigeria Security Network otherwise called Operation Amotekun.

The Speaker of the Assembly, Hon. Funminiyi Afuye, clarified that the fact that Ekiti State was the first to pass the bill into law, even when other states were still at the public hearing stage did not suggest there was a friction among the member states.

Meanwhile, an advertorial signed by the Chairman, South-west Forum of Speakers, Hon. Bamidele Oleyeloogun, on Monday said public hearing would be conducted simultaneously on February 24 in all the six states.

“Thereafter, the Conference of Speakers will reconvene to meet with the South-west state Attorneys-General to address all conflicting areas and to review the contents of the reports generated at the public hearings for harmonisation into the proposed law,” the advert stated.

Dispelling insinuation and anxiety that Ekiti State has opted for its own independent security network, Afuye, who spoke with journalists, yesterday assured that all the states would run the same law and that there was no reason for anyone to be apprehensive.

“There is no confusion over the passage of the Amotekun bill into law in Ekiti State. We are still going to run a uniform law and outfit at the end of the day. The fact that we have passed our own bill doesn’t mean we are no longer on the same page.

“Let me also say this, Ekiti State didn’t violate any procedure in the passage. The bill passed through the first and second readings. We conducted a public hearing before passing it at the plenary.

“The law is going to be the same in all the states because the public we have in Ekiti State is the same with what we have across other states.

“All the speakers, including me were at the meeting in Ibadan, Oyo State, where we agreed to do a joint public hearing. But the one earlier conducted by Ekiti State is valid. The speakers, majority leaders and chairmen of security committees were also present.

“There was nothing to suggest any dissension in all we have been doing, we are together,” Afuye assured.