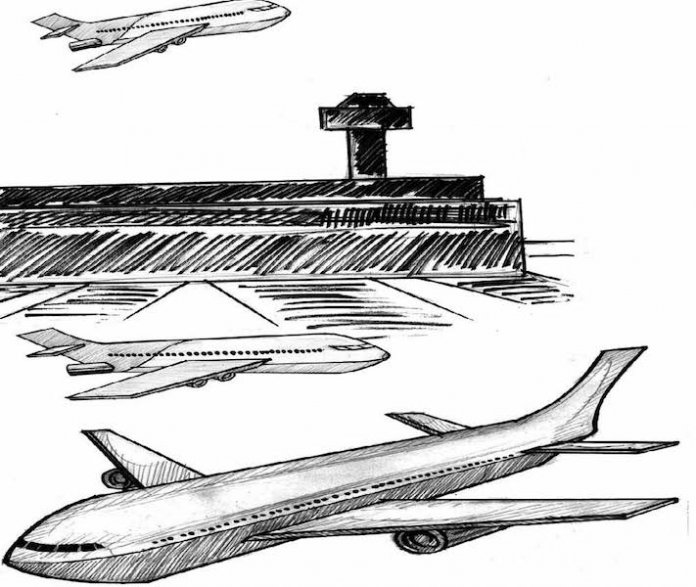 Sometime last year, the Nigerian Airspace Management Agency (NAMA) promised that before the end of 2019 it would install Category 3 Instrument Landing System (ILS) at the Murtala Muhammed International Airport, Lagos which would enable flights to land at zero visibility. This was aimed at overcoming the negative effects of the Harmattan period, when dust haze and low visibility usually obstruct flight operations. In the past two months, the image of Nigeria has been tarred by the failure to provide that efficient navigational equipment at the nation’s busiest airport and one of the foremost in Africa which processes over seven million passengers per annum.

At the Lagos airport, Runway 18 R, known as international runway had Category 2 ILS which does not allow landing at low visibility, but with the upgrade to Category 3 ILS, it was expected that no matter how low the visibility is, flights would land. But after the installation, NAMA was unable to perfect the calibration that would certify it for use. So technically the airport was put in a quagmire. The second runway, Runway 18L, which is for domestic flights, does not have airfield lighting. So even if flights were to be diverted there, they cannot land at night. With this situation, when the Harmattan became severe and lowered visibility, international airlines started diverting their flights to Accra in Ghana and Cotonou in Benin Republic.

Considering the fact that the weather conditions in Ghana or Republic of Benin are not different from that of Nigeria, it is evident that the major reason why foreign airlines preferred to land in Accra and Cotonou was because they had better landing aids. This is shameful. Nigeria has both the financial and human resources to provide state-of-the-art ILS and other navigational equipment. Airlines have lost huge revenue diverting their flights to neigbouring countries. But the major victims of this unfortunate situation are the passengers who could not be taken to their final destination as scheduled and others who have had to wait for days before being airlifted to their destination.

In his statement last week, the Minister of Aviation, Senator Hadi Sirika apologised to Nigerians for the embarrassment. But he also condemned the decision by some of the international carriers to land and discharge their passengers destined to Lagos in other airports in neighbouring countries rather than at any other international airport in Nigeria like Kano, Abuja or Port Harcourt. But the airlines, guided by their own safety standards, may not want to jeorpardise the lives of their passengers by landing at the other airports in the country under such severe weather conditions.

Going forward, the solution is the provision of most efficient navigational aids at the nation’s airports, especially at the Lagos airport which accounts for majority of international passengers to and from Nigeria. Passengers who were taken to Accra were full of lamentation. While some airlines made alternative arrangements to bring their passengers to Lagos, others practically left them to fend for themselves. Such act was in total disregard of rule of engagement because it is obligatory for airlines to take their passengers to the agreed destination.

Due to what they have appropriately described as operational constraints, major international airlines, including British Airways and Emirates had suspended flights to and from Lagos. It is therefore expected of the concerned aviation authorities that in finding solution to the current challenge, steps should be taken to ensure that international travellers from the nation’s flagship airport do not witness such harrowing experience again.