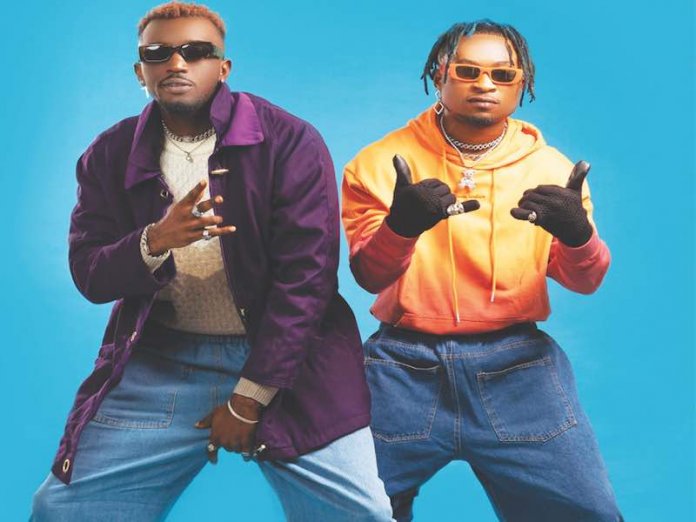 Playaz is a multi-talented Nigerian Afro-pop duo, founded in 2018. The duo is composed of two versatile Musicians, known by their stage names Gabana and Lynox.

Before their outbreak in 2019 with hit the song and creation of the viral slang ‘’Mad Oh’’ the duo has been prominent in songwriting for major artists in Africa.

Gabana Playaz, whose real name is Isaac Erhunse Obasuyi hails from Edo State, Nigeria and was born on September 23, 1992. Gabana is a singer and a songwriter.

He’s been involved in the development of many hit songs under Masterkraft as a songwriter and a backup singer for Wizkid and many others, Gabana has also worked with names like CDQ, just to mention a few.

He is well known for his creativity in Afro-pop Genre. His first major recognition came when he won Fresh on BeatFM artist for a month and performed at the prestigious Nigeria Industry Night and gained lots of accolades.

Lynox Playaz: Real name, Adindu Linus Nnamdi, hails from Abia state and was born December 17, 1996, in Lagos, Nigeria. Lynox is a singer with a sonorous voice.

Lynox has shared stages and performed with the likes of MI Abaga, Timaya, Mode nine, W4 just to name a few. Lynox is known for his spontaneous ability of songwriting and also very fluent in patois language which revolves around his genre of dancehall and Afrobeat.

The duo recently dropped the official video to the popular slang “Mad Oh” that was originated by them in the year 2019 and has now turned out to be a national slang both home and abroad.