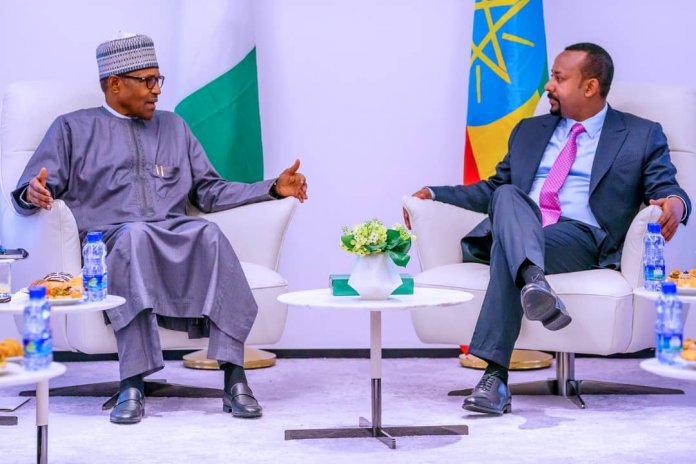 Nigeria and Ethiopia wednesday in Addis Ababa, Ethiopia, signed an agreement to wave visas for holders of both countries’ diplomatic and official passports to ease travels by officials of the two countries and foster bilateral relations.

The two countries also signed a memorandum of understanding (MoU) to enhance cooperation in defence.

The agreements and the MoU were signed by Nigeria’s Minister of Foreign Affairs, Mr. Geoffrey Onyeama and his Ethiopian counterpart, Gedu Andargachew in the presence of President Muhammadu Buhari and Ethiopian Prime Minister, Abiy Ahmed.

A statement by presidential spokesman, Malam Garba Shehu, said the agreements were signed during Buhari’s state visit to the prime minister.

Buhari had left Nigeria for Ethiopia on February 7, 2020 where he participated in the 33rd summit of the African Union (AU).

According to the statement, Buhari in his earlier meeting with the Ethiopian prime minister, discussed ways of exploring new areas of collaboration to further enhance and expand Nigeria-Ethiopia bilateral cooperation for the mutual benefits of the two countries.

While the visa waiver agreement, according to the statement, is expected to ease travels by officials of the two countries and foster bilateral relations, the MoU on defence cooperation was conceived to guarantee coordination of efforts in the fight against terrorism and secure peace and stability in their respective sub-regions, and in the overall African continent.

The statement added: “The MoU will also enhance bilateral military cooperation in the areas of training and education, technical assistance, exchange of visits and defence technology transfer.

“It also entails cooperation in peace support operation issues within the framework of the respective laws of the Parties and on a reciprocal basis.

“Both sides agreed to swiftly conclude negotiations on the revised Bilateral Air Services Agreement and the MoU on cultural cooperation.

“The consummation of these two agreements will provide veritable platforms for deepening existing air transport services, tourism and cultural exchanges between the two countries.”

Shehu said Buhari expressed gratitude to both the government and People of Ethiopia for what he described as the warm and generous hospitality offered him and his delegation during the visit.

The president also offered Ahmed an invitation to pay a reciprocal state visit to Nigeria at mutually convenient dates.

Meanwhile, President Buhari has said a robust cooperation between Nigeria and Ethiopia would provide a strong pillar for African integration.

The president who made the remarks at a state dinner organised in his honour by the government of Ethiopia, said the cooperation between the two countries would have meaningful effects on the African Continental Free Trade Area (AfCFTA).

He said Nigeria and Ethiopia as the two most populous countries in Africa, shared similar challenges, which he said made it imperative for both countries to strengthen and expand cooperation at all levels and in all areas.

A statement by presidential spokesman, Malam Garba Shehu, said Buhari stated that his state visit to Ethiopia, fondly known as The Cradle of Humanity, focused on how to further boost relations and explore new areas of cooperation between the two countries.

‘’Relations between Nigeria and Ethiopia have been warm and cordial since the establishment of diplomatic ties in 1964.

‘’Currently, a Ministerial joint Commission meeting is taking place between Nigeria and Ethiopia to finalise documents for our consideration.

‘’I am confident that the meeting will produce a fruitful outcome which will elevate relations to a higher level,’’ he said. 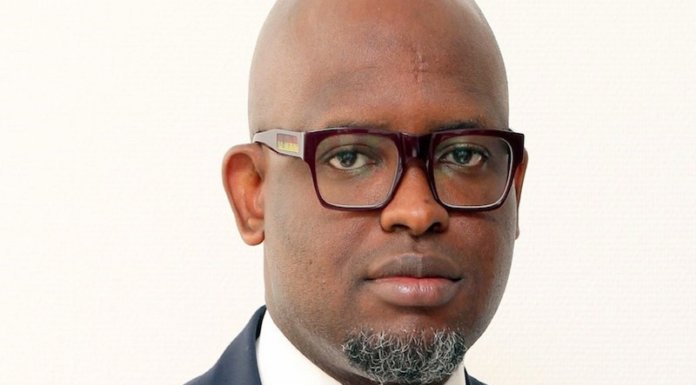