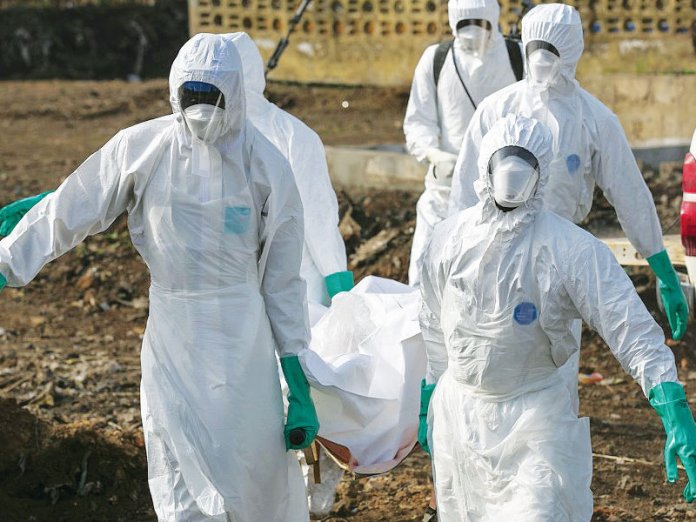 Although epidemic preparedness is considered one of the most important responsibilities of any nation, the Nigerian government budgets too little for it. Martins Ifijeh writes on the need to improve funding for disease prevention, diagnosis and management

Ever wondered why Nigeria continues to experience multiple bouts of disease outbreaks; especially Lassa fever, yellow fever, meningitis and the new ‘strange’ disease from Benue State despite the periodic health advisories sent out by the Nigeria Centre for Disease Control (NCDC) and its efforts to address the situation? Wonder no further.

The Nigerian government has not given epidemic preparedness the attention it deserves. It has refused to allocate adequate funding to tackle the recurrent burden or improve national health security.

For instance, this year, NCDC, the body responsible for the prevention, detection and management of disease outbreaks in the country, will spend a paltry N1, 673,486,127 to prevent and control diseases all year round in the country.

On the surface value, it means the Nigerian government will spend a jaw dropping eight naira (2.1 cent) on every Nigerian all through the year for their disease prevention and management; an amount that is less than one naira per month.

Meanwhile, NCDC’s counterpart in the United States, the Centre for Disease Control (CDC) will spend $6.594 billion on epidemic preparedness this year, which is around N2.34 trillion, an amount that exceeds Nigeria’s entire health allocation for five years.

This means, if the CDC budget is spread across the population, the centre will spend at least 20 dollars (N7, 200) on every American resident, while Nigeria, the giant of Africa and the economic hub of the black continent, will spend eight naira on same disease prevention and management in a full year per citizen.

This is what also plays out when the Nigerian government is prioritising sectors. The health sector generally has had one of the lowest budget allocations in the country, even far lower than sectors relatively not as crucial as the health sector.

This is despite the pledge made by the country in April 2001 during the Abuja Declaration where it, along with other heads of state under the African Union platform, declared its resolve to increase health budget allocation to 15 per cent of the entire national budget every year.

Unlike the big brother clout which Nigeria used in bringing these countries together to make the now famous ‘Abuja Declaration’, where the agreement was made, the country quickly made a volte face and has since then refused to honour an agreement it played host to 19 years ago, resulting in the poor health indices, high mortality rate and reduced life expectancy rate currently experienced in the country.

Like a habit which has now been considered normal, the Nigerian government, again in 2020, followed the same trend with only 4.14 per cent of the entire budget allocated to the health sector, amounting to N427 billion; an allocation less than 25 per cent of what CDC alone will spend on epidemic preparedness.

But the World Health Organisation (WHO) says for Nigeria to be seen to have prioritised healthcare, it must at least spend a minimum of N6, 908 per Nigerian in a year, which when multiplied by 200 million people will amount to N1.38 trillion.

The WHO, in its wisdom, also recommended a minimum of 13 per cent of annual budget for health.

Between AU’s 15 per cent and WHO’s 13 per cent, the Nigerian government has tilted towards none.
Thankfully, some countries have started raising their health budgetary allocation towards fully keying into the WHO recommendation of 13 per cent or the Abuja Declaration by the African Union of 15 per cent.

For instance, Rwanda reportedly devoted 18 per cent of its total 2016 budget to healthcare. Botswana budgeted 17.8 per cent to health; Malawi, 17.1 per cent, Zambia, 16.4 per cent and Burkina Faso, 15.8 per cent. But Nigeria still lags behind in this regard, which has had direct consequences on the funding capacity of the Health Ministry and its affiliated agencies and parastatals, thereby making the fight against poor healthcare very unrealistic.

This puts Nigeria as one of the nations of the world with the least healthcare spending per head when compared with other countries, especially in Africa.

It was still in the spirit of not prioritising healthcare, that the government also allocated an unrealistic amount for epidemic preparedness even in the face of outbreaks internally and the looming Coronavirus scare that has now claimed over 1, 000 lives with at least 45, 000 persons infected.

Sharing his thought, the Director General/ Chief Executive Officer, NCDC, Dr. Chikwe Ihekweazu told THISDAY that while the centre has continued to work optimally to ensure effective prevention, diagnosis and management of disease outbreaks across the country, it would achieve its mandate more effectively if given a special status because of its importance to the nation.

Records have shown that many developed countries give their disease control agencies the special status they deserve, especially because of their roles to health, security and economic prosperity.

Ihekweazu said: “Our primary challenge is that NCDC is still funded the same way all other agencies are funded. What we should advocate for is a special status enabling first line funding to ensure stability of funding with appropriate controls similar as for police. He described the method as 3s; substantial, stable and sustainable funding.

While no doubt epidemic preparedness is crucial to any nation that values the lives of its citizens, recent indications show the lack of it can be devastating for any nation.

For instance, with Nigeria’s poor allocation to prevention, detection and diagnosis of disease outbreaks, will the country be effectively able to fund interventions against external threats like Coronavirus, a new disease from Wuhan city in China, which has now spread to 28 countries and killed over 1100 persons within two months of its spread?

In an earlier interview with THISDAY, a health advocate, Dr. Chioma Nwakanma said if Nigeria fails to improve funding for epidemic preparedness, it may come back to hunt the country should there be a disease pandemic, which she said may cost the country at least N3.1 trillion to tackle.

N3.1 trillion is about 30 per cent of the entire national budget for 2020, which if spent on disease pandemic will not only put a strain on funding for other sectors, but will negatively affect the country’s economy, and take it many years backward, while Nigerian lives will be lost in droves.

The 2014 Ebola outbreak that lasted only 21 days in Nigeria claimed eight lives, and at least, $180 million in cost, according to World Bank statistics.

In a recent article authored by a Fellow, Nigerian Academy of Science, Prof. Oyewale Tomori and published in the Conversation, said all levels of government in Nigeria, have for many years, neglected and underfunded the health sector in general and disease surveillance, in particular.

He said: “As a result, the country has been unable to detect, rapidly and efficiently control or respond to outbreaks. Nigeria now depends too much on foreign aid for disease surveillance. It is difficult for the country to coordinate assistance programmes that are funded and run by international nongovernmental organisations and other partners with defined objectives.”

While President Muhammadu Buhari led administration says it hopes to lift 100 million Nigerians out of poverty and achieve economic prosperity before 2023, indications show nothing can be achieved if the next big epidemic finds its way to Nigeria when the country is least prepared financially for it.