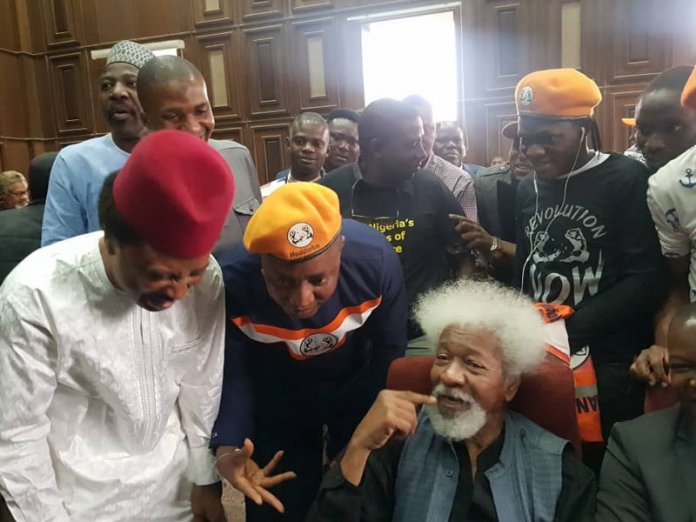 In a display of solidarity, Nobel Laureate, Prof. Wole Soyinka, and former chairman of the National Human Rights Commission, Prof. Chidi Odinkalu, are currently at the Federal High Court Abuja for the trial of the convener of #RevolutionNow, Mr Omoyele Sowore.

Also in court on Wednesday in solidarity with Sowore, who is also the publisher of an online news platform, Sahara Reporters, are a former senator representing Kaduna Central, Senator Shehu Sani, and civil rights activist, Deji Adeyanju.