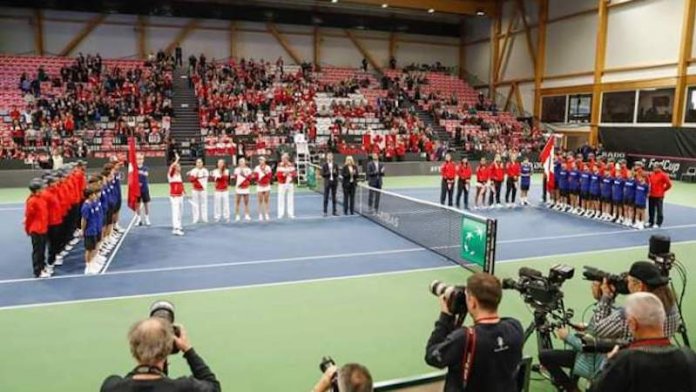 Great Britain will travel to Mexico in April for a Fed Cup play-off tie that they must win to avoid relegation.

If they win in Mexico they will get the chance to qualify for the 2021 Finals but if they lose they will be relegated to the Europe/Africa zone.

“Mexico will present a challenge. But we’ll go there with the belief that we can win,” said captain Anne Keothavong.

“I know the players and fantastic backroom team will do everything they can to make sure we get another chance to qualify for the finals again next year.”

Mexico, who as hosts will be able to choose the surface the best-of-five tie will be played on, will confirm the venue at a later date.

Last year, Great Britain ended a 26-year wait for promotion to the World Group level of the women’s team competition.

They had reached promotion play-offs five times in eight years before finally getting out of the notoriously difficult to escape Europe/Africa zone, and will be keen to avoid slipping back so soon.

Britain were without world number 14 Johanna Konta for the 3-1 defeat in Bratislava after she opted to sit out the Fed Cup this year to protect her body following a knee injury.

Keothavong has said she will try to persuade Konta to change her mind and return to the team for the play-off.

But it could be a hard prospect to sell with the tie being played so far away and at a time when several of the WTA events are being played on clay in Europe as players gear up for the French Open in May.

The draw included two spaces for the nations advancing from the delayed Asia/Oceania Group I event that is now taking place in Dubai on 3-7 March.

The event was delayed and the venue changed from China because of the outbreak of the coronavirus.