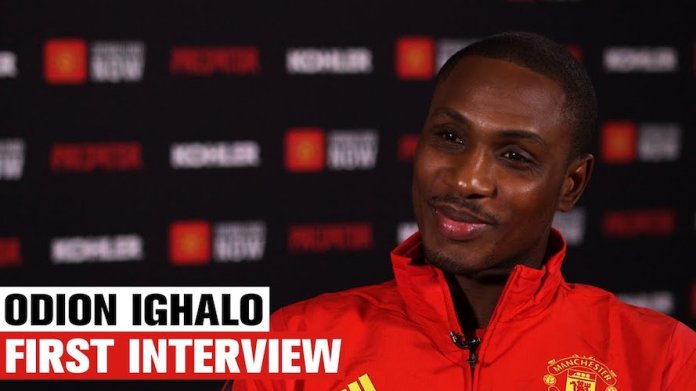 Nigeria’s Odion Ighalo will be able to travel with Manchester United for their Europa League tie in Bruges next week despite having to miss the club’s training camp in Marbella over the coronavirus alert.

Daily Mail of UK reports that Ighalo, a deadline day signing from Chinese club Shanghai Shenhua, was left in Manchester when the United squad flew to Spain on Saturday amid fears he would not be allowed back into the UK if border controls are tightened this week.

The Nigeria striker is among the travellers to the UK from China being monitored for 14 days, although he did not have to go into quarantine because he arrived from Shanghai not Wuhan where the coronavirus originated.

That two-week period runs out on February 16 and United have confirmed that Ighalo will be free to travel to Belgium to face Bruges a week on Thursday after being added to their Europa League squad.

The 30-year-old, who has moved to Old Trafford on loan until the end of the season, is expected to make his debut against Chelsea at Stamford Bridge three days earlier.

Ighalo’s absence from this week’s warm-weather training camp in Marbella is still a setback for manager Ole Gunnar Solskjaer who was hoping the former Watford striker could get to know his new teammates and integrate into the squad.

The player will instead work on an individual programme with personal performance coach Wayne Richardson, training alongside the Great Britain taekwondo squad in Manchester.

Explaining the decision to leave Ighalo behind, Solskjaer said: ‘Odion will stay in Manchester because he came from China in the last 14 days.

‘The virus there means we are not sure if he would be allowed back into England if he leaves the country again. So he is staying and working with a personal coach on an individual programme. His family then can settle in England as well, so that’s a plus.

‘Of course, he might have liked to have come with the players and got to know them but we don’t want to take the risk.’

Paul Pogba and Marcus Rashford have also stayed in Manchester as they recover from injury, along with third-choice goalkeeper Lee Grant who could be out for up to three months following surgery.

Scott McTominay and Axel Tuanzebe, who have both been out of action since December, trained apart from the rest of the squad at the Marbella Football Centre on Sunday but could join in with the group later this week.