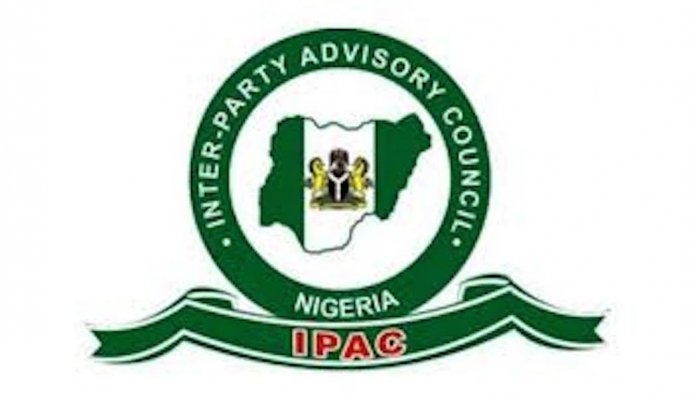 The Inter Party Advisory Council of Nigeria, IPAC, has said that it viewed with serious concerns, the decision by the independent National Electoral Commission in deregistering 74 political parties without observing due process and provisions of the law.

Similarly, the Allied Congress Party of Nigeria (ACPN) said deregistration exercise was an attempt to pre-empt the outcome of the appeal it filed against INEC at the Supreme Court.

The national chairman of ACPN, Alhaji Ganiyu Galadima, in a statement issued in Abuja said the deregistration was in bad faith and unacceptable to ACPN.

“INEC must wait for the outcome of the Appeal at the Supreme Court before deregistration….

“Our Party considered the deregistration of the ACPN in the circumstance as callous, prejudicial and a contempt of the Supreme Court that is expected to fix a date for the judgement on the matter of being unlawfully excluded from participating in the governorship election of Kogi and Bayelsa state,” he said.

While reacting to INEC’s move, the IPAC said it was aware of an action instituted at the Federal High Court by 33 political Parties, who are members of the Council in Suit Number FHC/ABJ/CS/444/2019 filed at the Federal High Court, Abuja seeking amongst other things, an order restraining the INEC from deregistering concerned political Parties pending the determination of the Suit.

IPAC”s National Legal Adviser Mr. Ezeobika said the Federal High Court, upon hearing the motion for an interlocutory injunction on the 23rd of January, 2020, adjourned for Ruling on February 17, 2020.

“It is however reprehensible on the part of INEC to take such decision which is an affront on the judiciary, an abuse of the Court Process and a conscious disregard for the Rule of law.

“By the action purportedly taken by INEC today, the Council is of a firm view that INEC as an institution no longer has regards or respect for the Rule of Law in Nigeria and has lost the confidence of political parties in the political affairs of the Nation.

“The Council hereby calls on the Independent National Electoral Commission, to immediately reverse the purported decision in order not to infringe on the rights of political parties as guaranteed under the 1999 Constitution of the Federal Republic of Nigeria (As amended),” he said.

The legal adviser said by the provisions of sections 221 – 229, no provision is inferior or superior to the other, adding that section 229 defines a political party to include an association whose activities shall include canvassing for votes in support of a candidate for election into a Local Government Council.

Furthermore, he said INEC as an institution ought to have been responsible enough to wait until elections are held in all 774 LGAs and 8,809 Electoral Wards in Nigeria, after the signing of the 4th alteration to the constitution on June 4th 2018, before assuming that a party has not won any elective position.

“It is however imperative to state that we must, as individuals or agencies of government, be careful not to foist a fait accomplish on the Court.

“It is important to reemphasize the fact that 33 political parties, who are members of the Council, moved a motion in Court 3, at the Federal High Court in Abuja for an Order of interlocutory injunction restraining INEC from deregistering the concerned political Parties, pending the determination of the Suit. This is an affront on the judiciary and must be discouraged,” he said.

Chukwudi said that IPAC was urging INEC to listen to the voice of reason and immediately reverse itself on this action.