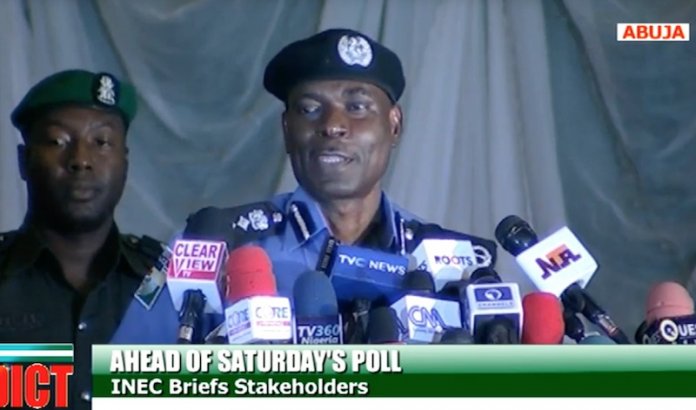 South-west governors under the aegis of the South-west Governors’ Forum will meet with the Inspector-General of Police, Mr. Mohammed Adamu, tomorrow to conclude discussions on the region’s security network, Amotekun.

At the last meeting of the governors along with the Attorney-General of the Federation (AGF) and Justice Minister, Mr. Abubakar Malami and the IG, presided over by Vice President Yemi Osinbajo on January 23, there was a resolve to come up with a legal framework to back up the outfit.

Briefing State House reporters after a meeting with Buhari yesterday, Ondo State governor and Chairman of the South-west Governors’ Forum, Mr. Rotimi Akeredolu, said the meeting would provide the platform to sort out some things.

He denied visiting Buhari in the State House yesterday to discuss issues bordering on Amotekun with the president as reported, saying the vice-president had already met with them over the matter.

“That is probably why I have to brief you journalists because as I was coming here, I read in one of our papers that I was coming here to discuss about Amotekun with the president. I did not discuss that with him in anyway. We didn’t even mention it. He wouldn’t have asked me because I was not here for that purpose.

“The issue of Amotekun has something to do with security and the vice-president has come into the matter. We have held a meeting and we are having subsequent meetings, and on Thursday, February 6, we, the governors of states in the South-West will meet with the Inspector General of Police to sort a few things out and smoothen edges,” he said.

He said he was in the Presidential Villa yesterday to invite Buhari to commission a N5 billion flyover bridge constructed across Benin-Shagamu Express way at Ore along with other projects executed by his administration.

He said: “As you all know, I’ll be three years in office on February 24, and activities lined up in celebration of our third year in office include the inauguration of many of the projects which we have concluded and that is why I have come to see the president and to personally invite him to inaugurate our iconic flyover that we have in Ore, which Ondo State built over a federal road because we have enough carnage at that spot in Ore. The flyover cost us over N5 billion. It is an important project to us,” he said.