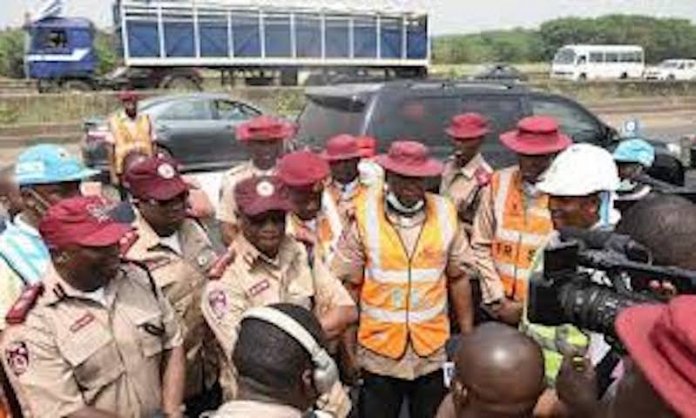 The Zone RS2 Command of the Federal Road Safety Commission (FRSC) comprising Ogun and Lagos States has advised motorists against overloading, following the ban and restriction of commercial motorcycles (Okada) and tricycles (Keke) in Lagos.

The Zonal Commanding Officer, Mr Samuel Obayemi, gave this caution in an interview with the News Agency of Nigeria (NAN) in Lagos on Monday.

Obayemi said officers of the corps would not close their eyes and watch motorists overloading their vehicles, especially commercial vehicles, for any reason.

According to him, overloading remains an offence, adding that commuters should not allow themselves to be overloaded in a vehicle no matter the pressure.

“Now that the state government has banned and restricted the use of Okada and tricycles in major highways in Lagos, a lot of motorists will now want to overload their vehicles, flouting the law against overloading.

“We are saying that FRSC will not fold our hands and allow motorists to take laws into their hands.

“FRSC will not tolerate overloading as a result of the ban of motorcycles and tricycles on Lagos highways.

“It is an offence for you to overload your vehicle either with animals or people. Beginning from today, we will emphasise that people don’t overload their vehicles,” Obayemi said.

The FRSC boss said that there were huge risk and danger in overloading a vehicle with goods, animals or human beings.

“The danger there is that if there is a crash, it will be more difficult to rescue victims when the vehicle is overloaded than when it is not.

“So, we are advising people not to allow themselves to even be the overloaded passengers,” Obayemi, FRSC Assistant Corps Marshal, said.

The Lagos State Government on January 26 announced that it would commence the enforcement of the extant Transport Sector Reform Law 2018 from February 1.

The law banned the operation of motorcycles, popularly known as Okada, and tricycles (Keke) in some local government areas (LGAs) and local council development areas (LCDAs).

The state government also listed highways, bridges and roads where the law also banned motorcycles and tricycles from operating in the state. (NAN)