The federal government, through the Nigerian Centre for Disease Control (NCDC), has issued a red flag to Nigerians on the spread of Novel Coronavirus, a new virus, from China to other parts of the world.

The Federal Airports Authority of Nigeria (FAAN) also called on Nigerians and others travelling through the country to comply with measures issued by appropriate bodies to ensure that the virus does not spread to Nigeria.

The NCDC called on Nigerian travellers to Wuhan City in China to avoid contact with sick people, animals and animal markets, as travellers from the region to Nigeria might be subjected to checks by the Nigerian Port Health Service unit at airports and land borders.

In a statement made available to THISDAY wednesday and signed by the Chief Executive Officer, NCDC, Dr. Chikwe Ihekweazu, the federal government said it was currently coordinating a multi-sectoral technical group to assess and manage the risk of importation of the disease to Nigeria.

From Wuhan, the deadly disease which as at yesterday had already claimed the lives of 17 people, has spread to other cities in China and then to Thailand, Republic of Korea, Japan and the United States with five cases already confirmed, all in a space of 14 days since the index case was first confirmed on January 7, 2020.
Chikwe said: “NCDC is in close communication with the World Health Organisation (WHO), who is closely monitoring the situation globally. WHO is in direct communication with the Chinese government and other affected countries and has released technical and travel guidance.

“The Port Health Services unit of the Federal Ministry of Health in Nigeria has been placed on alert and has heightened screening measures at the points of entry. In China, exit screening measures have been enhanced for travellers from Wuhan City at the Points of Entry (airports and ground transport stations) since January 14, 2020. This includes temperature checks, combined with provision of information and masks to passengers with fever, as well as directing symptomatic passengers to health facilities for follow up.

Chikwe expressed the commitment of NCDC and its partners to strengthening the preparedness and response to infectious disease outbreaks.
He said the agency would share information as quickly as it’s available.

“There is no specific treatment for disease caused by the novel coronavirus yet. However, many of the symptoms can be treated. Therefore, treatment is based on the patient’s clinical condition. In addition, supportive care for infected persons can be highly effective,” he stated.

The first case of a Novel Coronavirus strain (2019-nCoV) was confirmed in Wuhan, China on January 7, 2020 with preliminary investigations showing most patients either visited or worked in the Huanan Seafood wholesale market, Wuhan City and as at January 20, 2020, there has been 278 laboratory-confirmed cases of the 2019-nCoV infection including six deaths reported to the WHO.

According to the WHO, Coronaviruses are zoonotic, meaning they are normally transmitted between animals and people. A novel coronavirus (nCoV) is a new strain of the virus that has not been previously identified in humans. Some coronaviruses can be transmitted from person to person, usually after close contact with an infected patient, for example, in a household or health care setting. Several known coronaviruses are circulating in animals that have not yet infected humans.
The World Health Organisation said it would be convening its emergency committee to determine whether this outbreak should be declared a “Public Health Event of International Concern” (PHEIC).

According to Chikwe, the new coronavirus 2019nCoV appears to cause mild to severe respiratory symptoms like cough and breathing difficulties and from current evidence, it appears that death is a rare outcome, mostly in patients with underlying illness.

How to Protect Yourself

He said: “The spread of virus can be reduced by regular hand washing with soap under running water, covering of mouth and nose properly with handkerchief or tissue paper when sneezing and/or coughing. You may also cough into your elbow if a handkerchief is not available. Avoid close contact with anyone showing symptoms of respiratory illness such as coughing and sneezing. Avoid self-medication, report to the nearest health facility when you experience any of the above-mentioned symptoms. Healthcare workers are always advised to observe standard infection prevention and control measures when attending to patients and take a travel history.

He stated: “There is no specific treatment for disease caused by the novel coronavirus yet. However, many of the symptoms can be treated. Therefore, treatment is based on the patient’s clinical condition. In addition, supportive care for infected persons can be highly effective.”

Meanwhile, FAAN has urged Nigerians travelling to China to comply with measures issued by concerned bodies to ensure that the new virus is prevented from spreading into Nigeria.

FAAN in a statement in Lagos yesterday and signed by its General Manager, Corporate Affairs, Mrs. Henrietta Yakubu, said: “In an effort to protect passengers from the epidemic ravaging some countries and to prevent the spread of such communicable diseases into Nigeria, the Federal Airports Authority of Nigeria hereby advises passengers and other airport users to comply with all quarantine procedures at the nation’s airports.”

The agency said all the equipment and personnel used in combating the deadly Ebola virus in 2014 were still in place at the airports.

FAAN added that it has always had thermal scanners in airports to monitor temperature of passengers and capture their pictures, explaining that when passengers walk past the scanner, it registers their temperature and if too high, such passengers are pulled aside for observation.

FAAN stated that it was collaborating with the Federal Ministry of Health, which has confirmed the adequacy of the facilities at the nation’s international airports, to prevent the importation of the virus through the facilities into Nigeria.
It advised passengers to submit themselves for routine quarantine checks. 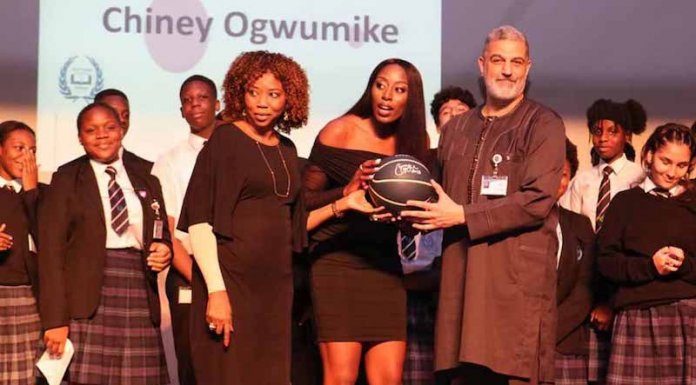