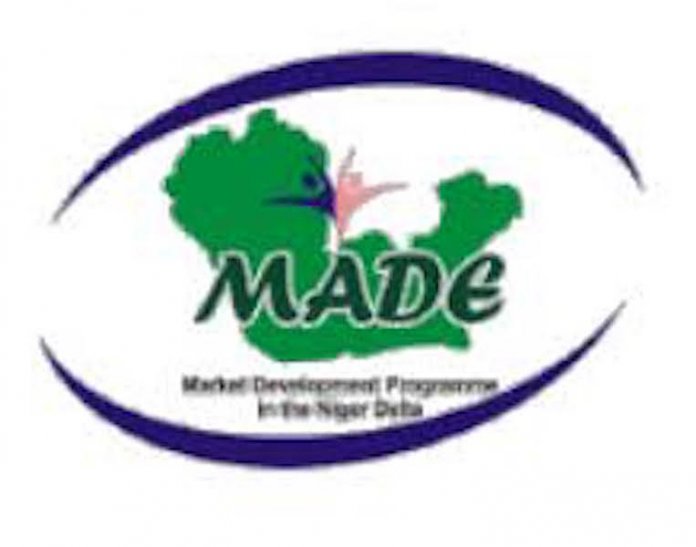 Market Development in Niger Delta (MADE), a UKaid-funded programme using the Making Markets Work for the Poor (M4P) approach to generate sustainable inclusive economic growth in the non-oil sector of the Niger Delta, will hold a dissemination event in Abuja as part of activities to wind down the programme.

The programme was initiated in 2013 to improve market access to poor producers, increase economic activity and trade and raise incomes of 150,000 poor men and women, 50 per cent of which are women in the nine states of the Niger Delta.

A statement signed by the Advocacy/External & Public Sector Engagement Manager of MADE, Mr. Fidelis Ekom, said the dissemination event themed, “MADE II: Our Story of Change” will provide feedback to partners and stakeholders on MADE’s achievements over a six-year period; challenges and opportunities, lessons learned, adaptations made along the way, exit strategy and sustainability plans.

Impressed by these results, MADE got a costed extension from DFID for additional two years running from March 2018 to February 2020. MADE 11 built upon the successes of MADE 1 and aimed to raise the incomes of additional 155,000 people.

Ekom said the one-day event scheduled to hold on January 23, 2020 would allow government officials, policymakers, administrators, donors, implementing partners, market actors and business leaders to reflect on how using market systems development approach in the Niger Delta enabled MADE improve and raise the incomes and livelihoods of hundreds of thousands of smallholder farmers and entrepreneurs in the region.

“The event will focus on learnings from the programme, explore the drivers of its achievements and reveal what measures have been put in place as part of its exit plans to ensure sustainability as the programme finally closes out in February 2020. This will be a huge learning opportunity about design and implementation of market systems development programmes in conflict-prone regions,” Ekom said.

He added that during the intervention, MADE facilitated change and improved performance, sustainability and pro-poor growth in selected markets by working in sectors in which poor men and women are disadvantaged.

According to him, MADE also motivated market actors to change their behaviour in a sustainable way and facilitated access to new knowledge and information services and improved technologies that facilitated efficient and productive delivery of services small and medium scale farmers and entrepreneurs.

The statement emphasised that policy makers, donors, implementing partners as well as market actors have been invited to be part of the close-out dissemination event in order to ensure robust interaction and sharing experience among critical stakeholders.

It explained that participants at the event would also include business leaders, the media and other key actors from across the Niger Delta.