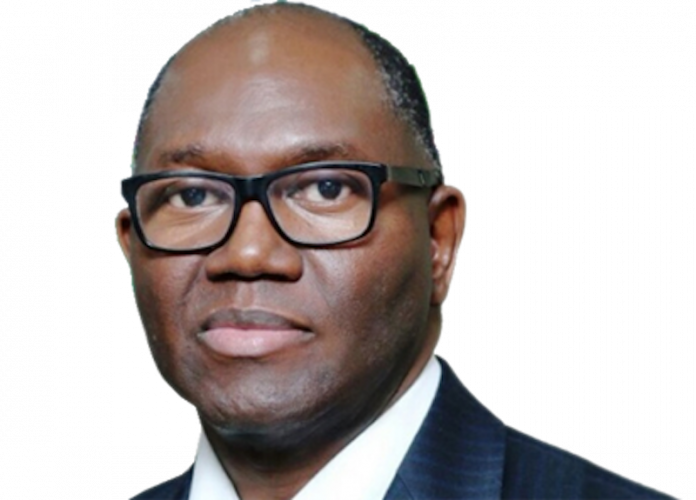 The Chairman of the Lagos Internal Revenue Service (LIRS), Mr. Ayodele Subair, has advised the federal government to block a major revenue leakage by reviewing the aspect of the country’s tax laws that grants waivers to some high net worth businesses.

According to him, tax waivers would be more beneficial to low income earners than being used to enrich the affluent.

He also said the Sanwo-Olu administration in Lagos State was reviewing the Land Use Charge policy and a new regulation might be ready before the end of January.

Subair spoke yesterday on the ‘Morning Show,’ a breakfast programme on Arise Television, the sister broadcast arm of THISDAY Newspapers.
“There are also other issues that can be looked into like the issue of tax waivers; it is a major leakage area.
“So, reviewing tax waivers and reducing that to a minimum to ensure that the impact of those waivers would be felt in the economy and not necessarily giving all the very rich people more means of getting more wealth,” he said.

He also urged the federal government to deploy technology in order to widen the tax net, instead of introducing new taxes.

“Increasing the tax base is key at the federal and state levels. So, rather than thinking of bringing in new taxes, it is much better to widen the tax base and bring more people in and that way you can increase revenue.”

Also, speaking on the Finance Act, Subair described it as a laudable feat achieved by the federal government.

“It is an excellent move by the federal government to have signed into law the Finance Bill because for too long, our taxes have just been static.
“So, it is refreshing to know that things are going to change. All the unfair tax laws are going to be reviewed in favour of bringing more developmental strategies in place.

“The reactions have been mixed, some are happy while some are not so happy. All the multinationals that have issues with excess dividend policy would be smiling; we have the citizenry saying that the Value Added Tax (VAT) rate should not have been increased. But it is very debatable.
“But on my own part, I would advise that the federal government concentrates more on indirect taxation than direct taxation, which is what VAT is all about. And remember that the rates in Nigeria are quite low as we have one of the lowest rates in the world at five per cent and at the end of the day, the government needs revenue.

“If we want to have meaningful development, government must generate revenue. I think it is a good move and we hope that it would be an annual event like it used to be in the past,” he stated.
Commenting on efforts to expand the tax base of Lagos State, Subair said: “We have approximately 4.5 million registered taxpayers and we intend to move this to an average of seven to eight million at the end of the day.

“It is a continuous exercise and unfortunately, with the way Nigeria is, we have problem of identification of residence. And we are working on a lot of strategies to ramp up and increase the number of tax payers.”

Also speaking on the proposed increase in the Land Use Charge, which the Akinwunmi Ambode administration jacked up but was adjusted because of criticisms by residents, Subair, said the Sanwo-Olu administration was reviewing the policy and would make a regulation before the end of January.
He said: “At the time the Land Use controversy was around, the government reversed itself and suspended the initial provisions and also gave some element of discount and deduction as well as completely exempting certain residents from paying this.

“But I will tell you that presently, the Lagos House of Assembly is reviewing the Land Use regulations and I’m sure that before the end of this month, I think the new regulations would be passed and a lot of Lagosians will be happy.”

He added that the recently launched e-tax in the state was to make it more comfortable for taxpayers to pay their taxes.
He said: “It is an innovation on the part of the LIRS. It is an end-to-end digital tax administration solution and by that we mean that a lot of taxpayers don’t really have to come to LIRS physical locations in order to carry out their tax activities.

“They can go online and it starts with registration and they file their returns, generate and print assessments as well as make payments online.
“They can print tax clearance certificate and they can also track the progress of the tax audits that have been carried out on the various companies. And they can do all this from their homes and from wherever they are.

“We want to reduce the cost of people filling their taxes and promote ease of doing business. So, it is a win-win situation for all.”