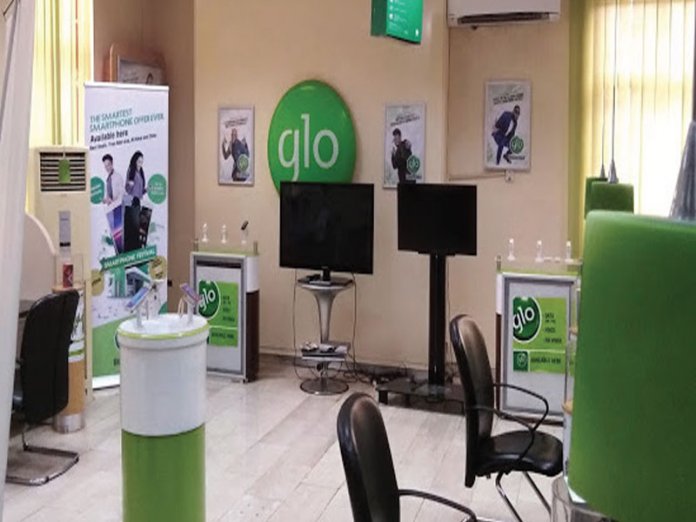 The ongoing promo organised by Globacom is impacting lives of Nigerians through job creation and enhancing the telco’s brand, write Emma Okonji and Raheem Akingbolu

With a growing population of over 180 million telecoms subscribers across networks, telecoms operators are continually looking for appropriate measures to delight their subscribers, who are the reason for their continuous stay in telecoms business.
Globacom, like other telecoms operators, came up with its latest promo to delight and empower subscribers through various winning items like Keke (Tricycles), Grinding Machines, Generators and Industrial Sewing Machines that will empower winners and make them self reliant and employers of labour. In all, over 300 of such prizes were set aside for presentation to winners and the presentation of prizes has been ongoing in several cities like Lagos, Port Harcourt, Abuja, Ibadan, Kano, Onitsha, Jos, Enugu, among others, with winners jubilating as they go home with their prizes.

Recharge and Win Big promo
While introducing the promo in October this year, Globacom Assured Nigerians that the promo would empower thousands of its subscribers by giving them an opportunity to win life-enhancing items in the unique consumer promotion otherwise known as My Own Don Beta.
The promo, which had generated frenzy among millions of Glo subscribers when teasers of the offer were exposed in several online and traditional media platforms was eventually unveiled at the headquarters of the company in Lagos in October this year.
According to Globacom, the items to be won in the promo were carefully selected to empower Nigerians to create wealth and even become employers of labour.
Retail and Consumer Sales Chief at Globacom, Mr. David Maji, while explaining how subscribers could win big in the promo, said a prepaid subscriber will recharge with a total of N200 in a day either in one recharge or cumulative recharges. “The more the recharge, the more entries the customer gets to the draw, thus the higher the chances of winning”, he added.

Maji also stated that subscribers in all parts of the country would have a chance of emerging winners and that prize-presentation events would be held in Lagos, Abuja, Port Harcourt, Benin, Ibadan, Kano, Jos, Enugu and Onitsha.
“Glo strongly believes in rewarding and empowering its numerous customers across Nigeria. Our objective is to transform thousands of lives through these empowerment packages to enable them become self-employed and ultimately affect the lives of those around them”, he said.
Since the introduction of the promo in October this year, Globacom has empowered several winners with their prizes and the prize presentation is ongoing in different designated cities.

Speaking at the event, Globacom’s Regional Manager, Mid-West, Augustus-ndu Offor, congratulated winners who received their prizes at the event, adding that the promo had touched the lives of hundreds of Glo subscribers in different parts of the country since it was launched in October.
According to him, “The various inspirational stories that winners shared of how the prizes have changed their lives are remarkably heartwarming. For many of the winners, the prizes are divine and timely. They are life savers. Hundreds of the winners in their tributes expressed optimism that the prizes won in the Glo promo would significantly transform their lives.”

Offor explained that all the winners across the country emerged from a transparent process witnessed by Nigerians, the media and representatives of the Nigeria Communications Commission (NCC) and National Lottery Regulatory Commission.
A total of 120 prizes consisting of Keke (Tricycles), Grinding Machines, Generators and Industrial Sewing Machines were presented at the event to winners from Benin and neighboring states.

The National Lottery Commission has commended Globacom for the ongoing promo, describing the process of win as transparent.
Speaking at the prize presentation in Benin City, the Zonal Coordinator, National Lottery Regulatory Commission, Benin Office, Mr. Anslem Ejiogu, said: “This is a legitimate activity. Globacom is giving back to the society that has been supporting the company. We are here to ensure that everything is done accordingly. All the winners will go home with their prizes. I congratulate Globacom on the promo which they know how to do best.”
Retail and Consumer Sales Chief at Globacom, Mr. David Maji, further said: “There is no better time than now to be a Glo subscriber. Rather than dishing out money to winners, we have chosen to give them trade-establishment tools that will help them set up their own businesses. This will have direct impact on their life situations. My Own Don Beta promises to be the most exciting people-oriented empowerment promo around. We urge Glo subscribers and non-subscribers not to miss this opportunity.”

In a rare feat that has since remained a reference point, global honour was recently bestowed on a leading African telecommunications network, Globacom, as it was adjudged as the “Brand of the Year” 2019-2020 Telecommunications -Mobile at the 2019 World Branding Awards held at the Kensington Palace, London.
To analysts and stakeholders in Africa, the recognition was regarded as a continental success that has shored up the profile of the brand as well as making Africa proud.
Presenting the Award to Globacom, the Chief Executive Officer of the World Branding Forum (WBF), Peter Pek, said the decision to confer the worldwide honour on Globacom was taken “following a rigorous assessment, evaluation and judging process.”
The same principle, he said, applied to all the winners from the different continents of the world who were adjudged the best “after rigorous global research, valuation and voting.”

He said Globacom and other winners were selected based on a unique system of awarding points through three streams, with each stream contributing a set percentage to the total score in evaluating a brand. Brand Evaluation is awarded 30 per cent, Public Online Voting 30 per cent and Market Research 40 per cent, giving a total of 100 per cent. He added that over 230,000 consumers participated in the global survey.

The annual World Branding Awards is the premier awards programme of the World Branding Forum, a registered global non-profit organisation set up to advance the standards, skills and education of the branding community for the good of the industry and consumers.

Glo has since its launch in 2003 become a respected global brand driven by passion for excellence in service delivery.

Perhaps the underpinning that earned Glo the status of a global brand included its ability to offer innovative products and services, its vibrant and larger-than-life imagery and its commitment to improving the lives of Nigerians.
The story is that of not giving up despite all odds. But the greater story of the Glo brand is never told by those who promoted it, but the alternative it gave to the ultimate owners of the brand; the subscribers. Part of what has made Globacom a global brand is its engaging larger-than-life imagery. The brand has successful established itself as ambitious, bold, daring and endearing. It has come to be regarded as a behemoth in Nigeria’s telecom space.

Right from launch, it demonstrated its intention to be a big player on the continent with a telling vision statement, “Building Africa’s biggest and best telecommunications network”.
Its mission statement was equally ambitious: To be the largest, most successful entertainment, information and telecommunications solutions provider, in Nigeria and Africa.
The two statements were fashioned in the mould of the company’s Chairman and Founder, Dr Mike Adenuga, Jr. Although a self-effacing billionaire, his business accomplishments in virtually every sector of the economy are legendry. He is known to think and dream big – a very tenacious and dogged entrepreneur who likes to grow his businesses to dominate the sectors he operates in.
Those who knew him well knew he meant business when he unfolded the mission and vision statements. It was not surprising that Glo quickly established itself as the pacesetter in the industry, despite commencing business two years after MTN and Airtel (then called Econet).

Globacom became a game changer when it launched on per second billing which the older networks said was not possible. In doing that Globacom became the first network in Africa to launch on per second billing platform. Its Chairman, Dr Adenuga, became known as Mr. Per Second. The company became a household name in Nigeria and within 9 months it made history as the first network to amass a million subscribers in that space of time.
Globacom also made history by crashing the cost of SIMs from N20,000 and N50 a minute respectfully to as low as N200 and 5 kobo per second. The company has thus ensured massive telephone penetration in Nigeria. By making telephony accessible to the common man, Glo has accelerated national development. That over 170 million Nigerians in both urban and rural areas today have access to the telephone is attributable to the network’s intervention. The International Telecommunication Union, an agency of the United Nations, had in 2004 commended Globacom for playing a critical role in the revolution in the Nigerian telecommunication industry.
Globacom is reputed as the innovation leader in the industry in Nigeria and Ghana. It pioneered Multimedia Messaging Service (MMS), mobile banking, mobile internet, vehicle tracking, prepaid roaming, in-flight roaming, etc.

Beyond advertising and brand promise, if there is any other thing that has worked for the brand, it’s in products offering. For instance, Glo was the only operator in Africa to launch its operations on the superior 2.5G network which enabled the convergence of voice, data and multimedia technologies. Besides, the introduction of the 3G Plus technology marked the second time that Globacom has been in the forefront of pioneering the latest transmission network in Nigeria, having introduced the 2.5G technology at launch in 2003 when other operators were running on the 2G platform. The 3G Plus technology enables a much faster transmission of data, voice, broadband internet and multimedia services over a range of frequencies. It allows customers to do video call, video streaming and high-speed mobile internet access, amongst others, from their 3G mobile handset.
Also, the Glo brand was the first network to launch a nationwide coverage of the 4G-LTE network in Nigeria, thus availing its subscribers enhanced data transfer rates, unmatched mobile broadband experience and high data speeds and reliability.

It also has the most extensive fibre optic backbone across Nigeria. The facility was built to further enhance voice and data transmission for mobile and fixed telephone operations in the country.
The brand has also contributed to boosting international connectivity in Nigeria by building and launching an international submarine cable, Glo 1. It was the first time a single company would implement such a massive undersea project in Africa. In addition to boosting the provision of services to telecom end users, the facility is currently providing the much-needed connectivity to critical sectors of the economy such as oil and gas, manufacturing, banking, commerce, education and health, among others.