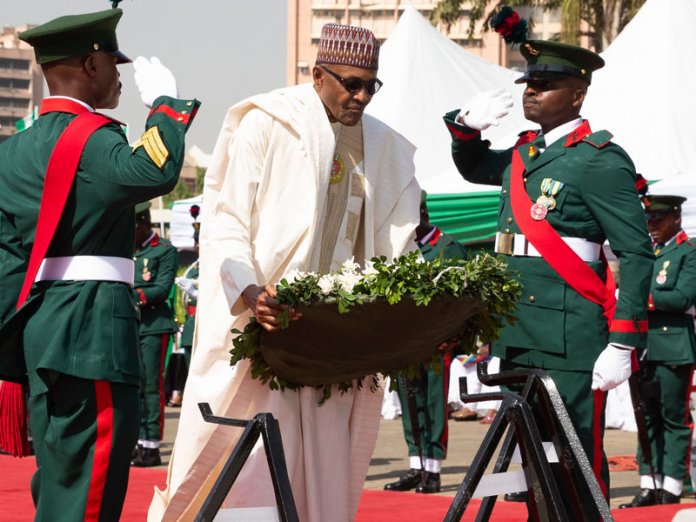 January 15 is set aside annually to honour members of the military who fought and are still fighting in various theatres of conflict within Nigeria and across the world.

The day also celebrates the living among the Armed Forces who have suffered some form of deprivation, owing to their experience while on the battlefront.

It also marks the surrender of Biafra troops to the Federal troops which signalled the end of the Nigerian civil war that lasted from 1967 to 1970.

Channels TV reported that officials of the Nigerian Army, Navy, Air Force and the Nigerian legion converge in different centres across the nation to celebrate the day with parades.

In the nation’s capital, President Buhari, Service Chiefs, the leadership of the National Assembly, judiciary and members of the diplomatic corps paid their respects to the heroes at the Remembrance Arcade in Abuja.