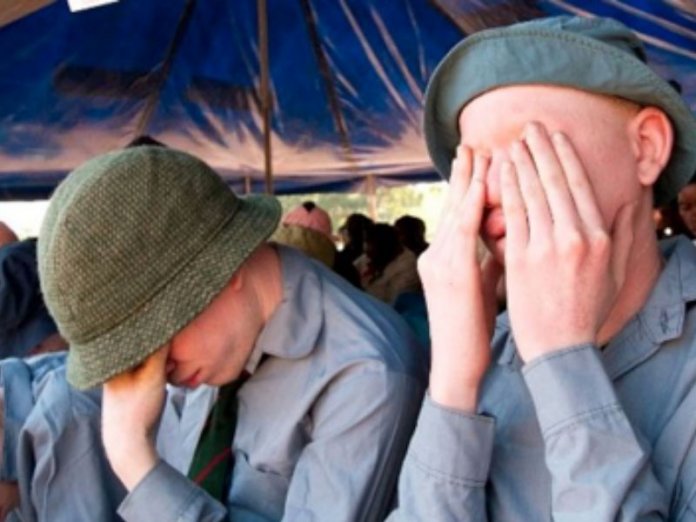 No fewer than 80 pupils with albinism in Osun State have received free sun shades to protect their eyes from direct sun given their condition.

The sun shades were given to the pupils by Albino Foundation with support from Christoffel Blinden Mission on the Comprehensive Child Eye Health in Nigeria “Seeing is Believing” project.

The CBM/SiB project is being implemented in Osun by a non-profit organisation, Community Advancement Initiative for Self Reliance (CAI4SR).

The pupils from age 14 and below drawn from various local government areas of the state thronged the Nigeria Medical Association (NMA) Hall in Osogbo recently where they received eye examinations and sun shades free of charge.

Some of the parents of the beneficiaries expressed their gratitude while noting their inability to procure the sun shades for their wards owing to the prevailing economic condition.

They lauded CBM, SiB, CAI4SR and the Albino Foundation for the gesture.

The Executive Director of CAI4SR, Mrs Eni Ayeni said the objective of the programme was to enable the pupils with albinism to use their eyes without further danger by sun rays.

The Cluster Programme Consultant for SiB, Mr Duru Emeka Emmanuel said the essence of the program is to provide the children with albinism with low vision devices to aid their vision and learning, as 80 per cent of a child’s learning in school occurs through vision.

He also noted that the provision of these devices will enable the beneficiaries be at par with their peers as far as learning is concerned.

The Coordinator of Albino Foundation in the state, Mr Lukman Nafiu who is also living with the condition said the children were excited over the sun shades and that they were happier to go to school, learn and become successful.

The Permanent Secretary, State Universal Basic Education Board (SUBEB), Alhaji Fatai Kolawole, who was represented by SUBEB Desk officer for Comprehensive Child Eye Health in the state, Mrs Funmike Dunsin Oyebamiji, also commended the donors and urged the pupils to see it as reason for them to face their studies and excel.

Dr. Ridley Orhe, one of the Optometrists that attended to the children said the sun shades as sophisticated as the ones being distributed would cost at least N15, 000. He however lauded the donor for such feat.

The pupils with albinism said the sun shades would enable them see clearly while returning home from school unlike in the past that they would find it difficult to go home under the sun after school hour.