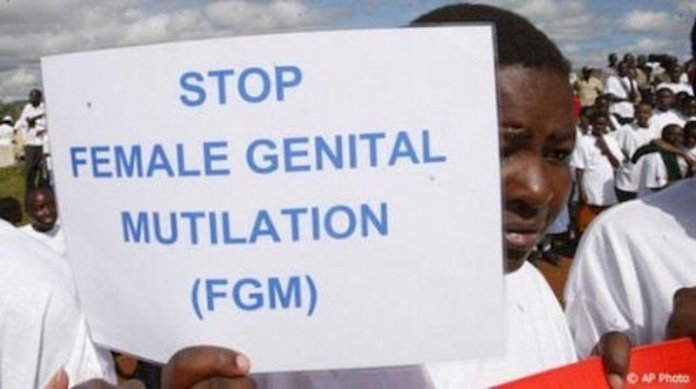 Amby Uneze writes that it was a major victory over Female Genital Mutilation as 54 communities in Imo State turned against the practice, and pledged to ensure prosecution of offenders

In line with the Imo State Female Genital Mutilation (FGM) Prohibition Law No. 6 of 2017, about 54 autonomous communities in two local government areas of the state have publicly declared the abandonment of the practice of FGM and warned those who intend to go back to the practice that they would be prosecuted.

In their separate resolutions signed by Chairman of Ikeduru Council of Traditional Rulers, Eze Marcel Egemonu and Chairman and Secretary of Oguta Council of Traditional Rulers, Eze F.C. Okafor and Eze Albanus Ozuruoha respectively, the communities said FGM has ceased to be a culture and tradition of the people of all the villages and communities in the two local governments.

“To set up surveillance systems, in each community, to track the birth of every girl-child and monitor them to ensure that they are not subjected to FGM, and to handover any community member who engages in FGM to law enforcement agencies for prosecution in accordance with the Imo State Female Genital Mutilation (Prohibition) Law 2017, or any other law prohibiting the practice in the state.

“Based on this public declaration, the practice of female genital mutilation is now forbidden in our local governments. We, hereby, urge everyone present today to publicise this decision to all the sons and daughters of the two local governments as well as our friends and well-wishers in Imo State and beyond”, the stated.

Expressing satisfaction over the decision to forbid female genital mutilation in their respective local government councils, the United Nations Children’s Fund (UNICEF), Chief of Field Office, Enugu, Dr. Ibrahim Conte urged the leaders of the various communities and villages in the council areas to maintain strictly, the abandonment of FGM in their respective areas.

Conte, who was represented by the UNICEF officer incharge of Child Protection, Mr. Victor Akachukwu said the world body is happy to see this declaration of abandonment of female genital mutilation in the two local government areas.

He said: “I want to say a big congratulations to you. If you abandon FGM, you have keyed into the sustainable development goals (SDGs) tenets. After the public declaration, what do we do next is to monitor strict enforcement. We have to set up a surveillance team to monitor that is does not happen again in our areas.”

The leader of the abandonment of FGM sensitisation and Imo State Director of National Orientation Agency (NOA), Dr. Vitus Ekeocha described the public declaration by the two local government leaders as broad social recognition which shows that the most people in the communities support FGM abandonment and would most like abandon the ugly practice, adding that the action marks a significant step in the campaign to end FGM.

He said “the Ministry of Gender and Vulnerable Groups Affairs through the Child Rights Department was supported by UNICEF to inaugurate LGA Technical Committee on FGM (LTC). The ministry also trained prosecutors, judiciary, magistrates, judges, police and lawyers on FGM practice and extant laws that prohibit the practice with the view to ending the practice.”