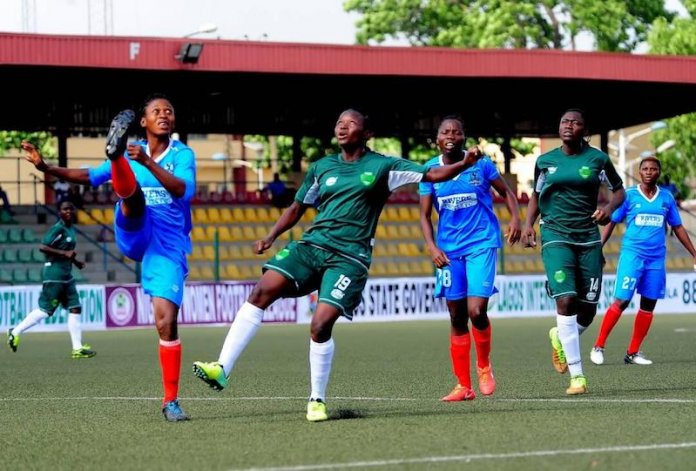 The Nigeria Women Football League has called on amateur clubs across the country to endeavour to register for the NWFL National Women Amateur League Championship 2020 before the process closes on January 16, as stipulated by the General Coordinator of the league, Joe Amene.

Amene, who spoke from his base in Onitsha, Anambra State yesterday, disclosed that only a handful of clubs have concluded their registration process to take part in the Women’s Amateur League.

He stressed that, early registration will enable the secretariat of the NWFL headed by the Chief Operating Officer, Alhaji Ayo Abdulrahman, to have enough time to put machinery in motion for a seamless league, since the Amateur League Championship will be played on zonal basis.

Amene, who is also a board member of the NWFL, disclosed that, the top clubs in the league after the championship will be promoted to the professional Women’s League.

He stressed that amateur women’s clubs should endeavour to register for the League Championship from where they will start a gradual movement uptil when they get to the Nigeria Women Premier League, which is the highest cadre of the women’s league in Nigeria.

“This is the biggest opportunity for amateur clubs in Nigeria to be upgraded and move a step further towards national and international prominence. From available statistics, there are more amateur women’s football clubs in Nigeria than the clubs in the premier League and professional league categories put together. But majority of these amateur clubs are not registered. The League Championship however provides the best opportunity for these clubs to get involved in an organised competition under the supervision of the Nigeria Women Football League, Nigeria’s football governing body for national organised women’s football competitions.

The deadline for registration of participating clubs in the Women’s Amateur Zonal League Championship is 16th January, 2020, while the registration fees is N100,000 per club.