•I was cleared of the allegations, says deputy Senate president

A coalition of seven civil society organisations (CSOs) has called for the immediate resignation of the Deputy Senate President, Senator Ovie Omo-Agege, over his alleged committal of forgery and perjury in Los Angeles in the United States in 1996.

This, the group stated, was in contravention of the provisions of the 1999 Constitution of the Federal Republic of Nigeria (as amended).
But in a swift reaction, Omo-Agege, however, stated that he had long been cleared of the perjury allegation in the United States.

The coalition under the aegis of Coalition of Civil Society and Youth Groups also threatened that in the event that its call was not heeded, it would be left with no other option than to mobilise thousands of CSOs and youth groups to occupy the National Assembly until it is purged of corrupt elements.

Its Convener, Mr. Solomon Adodo, while addressing a press conference in Abuja yesterday called on law enforcement agencies to initiate fresh prosecution against Omo-Agege for allegedly concealing his conviction by the state bar court of California, Los Angeles, United States of America (USA).

While also calling on the Senate to immediately initiate impeachment proceedings against the deputy Senate president in the interest of the nation, the coalition stated categorically that available evidence at its disposal revealed that Omo-Agege was convicted by The State Bar Court of the State of California, Los Angeles, USA in case No. 94-C-14401.

Adodo added that Omo-Agege wilfully concealed the fact of the said conviction from the Independent National Electoral Commission (INEC) and the Nigerian Senate thereby contravening the provisions of the Nigerian Constitution and the Rules of the Senate.

According to the coalition, sometime in April 22, 1996, Omo-Agege believed to be one and the same Senator Ovie Omo-Agege was ordered to be suspended from the practice of law following his conviction for violating California Penal Code Section 470, a felony criminal offence involving moral turpitude, under the authority of subdivision (a) of rule 951, California Rules of Court.

“Furthermore, on or about March 7, 1993 the said Augustine O. Omo-Agege was alleged to have committed the crime of perjury-application for driver’s licence in the County of Los Angeles in violation of Penal Code Section 118, a felony. “Following a lengthy prosecution of the said allegations levelled against Augustine O. Omo-Agege, he was convicted of violating California Penal code section 470 and was also subsequently suspended from the practice of law pending final disposition of the proceeding.

“As true Guardians of Democracy and firm advocates of transparency in governance, we are deeply perturbed at the fact that Senator Ovie Omo-Agege concealed all these information from the Independent National Electoral Commission (INEC) thus he was allowed to participate in the general elections (contrary to Constitutional provisions) that produced him as senator representing Delta Central Senatorial District.

Reacting to the allegations, the deputy Senate president in a statement by his Media Adviser, Mr. Yomi Odunuga, said though he was tried of the allegations but was cleared of any wrongdoing.

“For the umpteenth time, we would like to reiterate the fact that Senator Ovie Omo-Agege was cleared of all charges in the said case and he was never a convict in the USA as being alleged. Till date, he travels freely to and within the country without any hint of harassment,” the statement said.

The statement added: “Ordinarily, we would have ignored this latest effort by political jobbers to drag the name of the distinguished senator into disrepute.
“However, in a political environment like ours where silence could be misinterpreted as consent and evidence of guilt, we make haste to dismiss the entire allegation as not only unfounded and illogical; it is the residue of the warped imaginations and misleading rumour peddled without conviction some years back.

“While the distinguished senator remains completely unperturbed by the nattering nabobs of negativity and their faceless sponsors, it remains clear that this is another feeble round of mere shadow- chasing that ultimately amounts to nothing.
The deputy Senate president’s spokesman also recalled his reaction to similar allegations against his principal in September 2018. 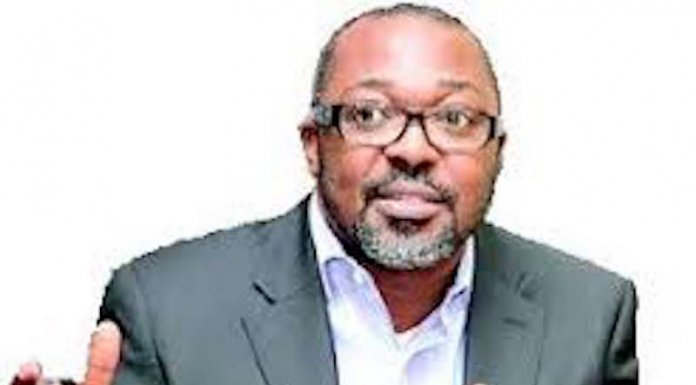