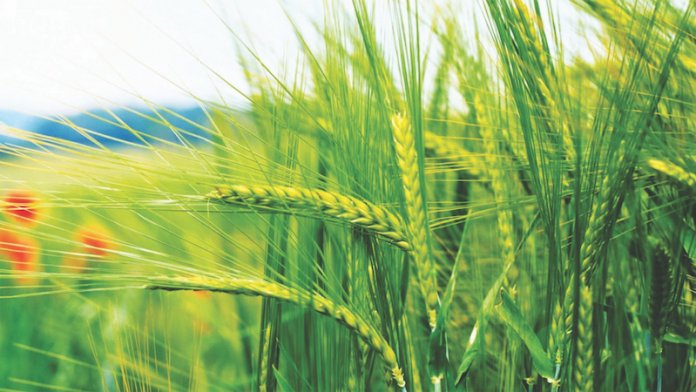 As part of effort to bridge the mechanisation gap in rice production in the country and to complement the effort of federal government, the Chairman of Max Air, Alhaji Dahiru Mangal, is building over ₦20 billion rice mill in Kastina which will Revolutionalise Rice Production in the country, Adedayo Akinwale writes

The importance of rice as a staple food in Nigeria cannot be over emphasised and it is not unexpected that boosting its production has been accorded high priority by the federal government in the past years. With the intervention from the federal government, significant progress has been recorded as rice production in Nigeria has reached of 3.7 million tonnes in 2017.

Rice is one of the most consumed staples in Nigeria and in the past decade, consumption has increased 4.7%, almost four times the global consumption growth, and reached 6.4 million tonnes in 2017, accounting for 20% of Africa’s consumption. As at 2011, rice accounted for 10% of household food spending, and 6.6% of total household spending.

However, Nigeria’s rice statistics suggest that there is an enormous potential to raise productivity and increase production. Yields have remained at 2 tonne per hectare, and as population increases, along with rural to urban migration, ensuring food security in key staples becomes critical. But, it has become evidently clear that food security cannot be achieved by a system that depends almost entirely on human muscle power and other manual methods.

Nigeria’s mechanisation has remained low at 0.3 hp/ha. A recent report by Price Waterhouse Coopers (PWC) revealed that the number of agricultural tractors is estimated around 22,000, relative to 1 million and 2.5 million in China and India respectively. Low income, limited access to affordable financing and the lack of technical skills have limited the adoption of mechanisation across the rice value chain in the country.

The report also estimated that increasing the mechanisation rate in Nigeria from 0.3hp/ha to 0.8hp/ha in the next 5 years, can double rice production to 7.2 million tonnes. To achieve this, Nigeria will need to at least triple its current stock of machinery over the same period.

Even though, the federal government has not hidden its desire to boost local production of rice considering its investment in the sector, the alarming rate at which rice is being smuggled into the country through the land borders with Benin and Niger Republics have been frustrating the effort of the government.

Against this background, the federal government in August 2019, shut the nation’s boarder with Benin and Niger Republics due to the massive smuggling activities, especially rice.

The exercise, code-named, ‘Ex-Swift Response’, was being jointly conducted by the customs, immigration, police and military personnel and coordinated by the Office of the National Security Adviser.

President Muhammadu Buhari had in a statement issued by his Senior Special Assistant on Media, Femi Adesina said that the activities of the smugglers threatened the self-sufficiency already attained due to his administration’s agricultural policies.

According to him, “Now that our people in the rural areas are going back to their farms, and the country has saved huge sums of money which would otherwise have been expended on importing rice using our scarce foreign reserves. We cannot allow smuggling of the product at such alarming proportions to continue.”

In direct response to the mechanisation gap in the country and also to complement federal government’s effort, Darma Rice is constructing over ₦20 billion rice mill in Kastina state. The rice mill which is the biggest in Africa is being constructed by the Chairman of Max Air, Alhaji Dahiru Mangal.

The project which is divided into two phases, would be completed by the first quarter of 2020, and is aimed at assisting the country to meet the domestic demand for high quality parboiled rice and attain self sufficiency in rice production.

The Project Manager, Mr. Mukhtar Kafinsoli said that with a production capacity of 36 tonnes per hour in two production lines, the mill would be the largest rice mill in Africa.

While speaking with journalists during a visit to the factory, he added that the second line of the mill comprises of silos and raw materials store, stressing that the plan is to have four capacity, but they are starting with two at the moment.

Kafinsoli: ‘’We intended to have four capacity starting with two. We will start the second batch immediately after completing the ongoing project. The machines will arrive Nigeria by December 25, 2019 and the project will be completed by March 2020.’’

Meanwhile, the Managing Director of the Rice Mill, Dr. Dahiru Mangal, said that over 2000 direct staff would be employed, along with over 200 expatriates who are going to train the indigenous staff.

He revealed that the rice mill would have a conventional storage facility of 12,00 metric tonnes of rice worth N20 billion. Mangal added that fertilizer plant would equally be built to help increase the yield of rice.

He said: ‘’The rice mill will be designed and build by Indians due to their expertise in rice mill business. We will give it maximum support for the project to be achieved.”

“A story building will be built for staff quarters with the capacity to accommodate 130 staff. Also a staff quarter that will accommodate over 200 expatriate with staff canteens would also be built.”

With Darma rice mill believed to be the biggest rice mill in Africa, the much expected rice revolution in the country is about to begin.