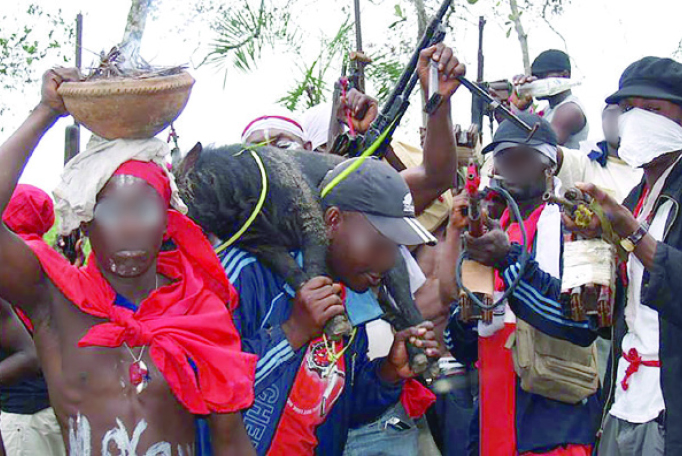 A non-governmental group, Assembly of Patriots International, has commenced consultations to work out modalities for stopping cult wars and other acts of violence that have turned certain locations in Edo State, especially in the capital, Benin City, to no-go areas, particularly at night.

One of the group’s representatives, Mr. Evans Moye, told journalists that a meeting in Benin City, which had virtually all the top hierarchies of the various confraternities in attendance, was the beginning of peace advocacy by them nationwide to complement federal government and law enforcement agencies’ efforts.

Other stakeholders that will be consulted include the law enforcement agencies, traditional rulers, higher institutions of learning, students, state and local government authorities as well as other well-meaning individuals.

National Coordinator of the group, Mr. Abdulkareem Ikharo, had during an interview recently promised that it was set to take the challenge with a view to finding a lasting solution to the killings not only emanating from cult wars but other forms of violence and criminal activities involving youths across the country.

The group said it intended to achieve through various forms of partnership initiatives with stakeholders like re-orientation, special awareness campaigns, seminars/workshops and other forms of interactive forums for the youths geared towards redirecting their energies positively.

Similarly, one of the leaders of a prominent confraternity in the state opined that the initiative was overdue, given the alarming number of deaths recorded with irreparable experiences and losses to the families of victims and society.

He stressed that any crusade against youth violence deserves all stakeholders’ involvement, adding that the group’s efforts would serve as a preparatory point that could also positively impact on national politics, especially violence-free elections.