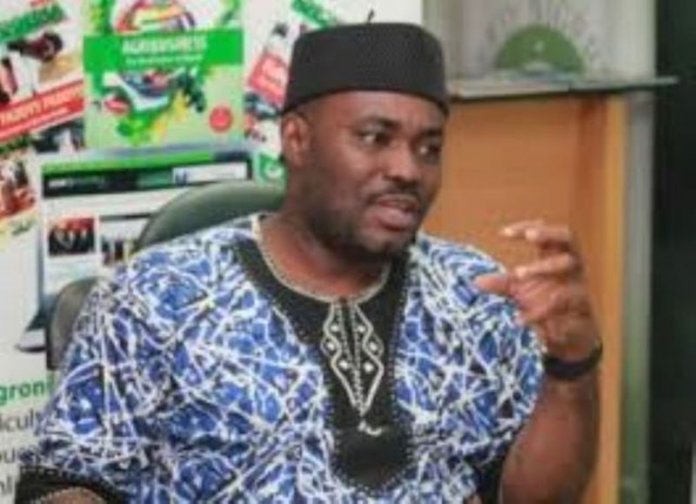 There are countless economic opportunities not being tapped because the under-performing agricultural sector is stifling the effective functioning of the industrial sector, the Managing Director, AgroNigeria, Mr. Richard-Mark Mbaram has said.

Mbaram, who is also Director-General, Feed Nigeria Summit, said this in Lagos, recently, adding that agriculture plays a critical role in transforming economies to reach their goals, along with achieving other essential development goals to ensure food security and improved nutrition.

He said agro industrialisation was important to economic transformation, food security, and good nutrition, and called for increased economic momentum through partnerships to advance the industrialisation of the agricultural sector.

Nigeria, according to him, has, “huge potential for agro-allied transformation. This includes hosting a large spectrum of suitable agro-climatic conditions that allow a broad range of agricultural production.”

He said using agriculture to power industrialisation called for a strong public-private sector partnership that increases small farm holders’ productivity and enhance their contribution to national and regional value chains.

He praised the Minister of Agriculture and Rural Development, Muhammad Sabo Nanono for the partnership with the African Development Bank (AfDB), to promote agro-allied industrialisation.

The Minister, he said has demonstrated the ready to work with AfDB to use agro-allied industrialisation as an effective strategy to achieve productive employment and reduction in poverty.

He stated that the minister was doing all to support a home grown agenda for economic and social transformation through strong collaborative effort with the private sector. He added that he was preparing conditions for industrialisation through modernisation of agriculture that would raise incomes and productivity of poor farmers, lowering food prices, and improving nutrition.

Mbaram, urged Nigerians to support the federal government towards achieving the agro-allied industrialisation agenda, stating that the AfDB Group President, Akinwumi Adesina had identified Staple Crop Processing Zones (SCPZ), as potential joint venture opportunity for Nigeria’s agricultural investment. Through the initiative, he said the Bank seeks to transform rural areas from zones of economic misery to zones of economic prosperity.