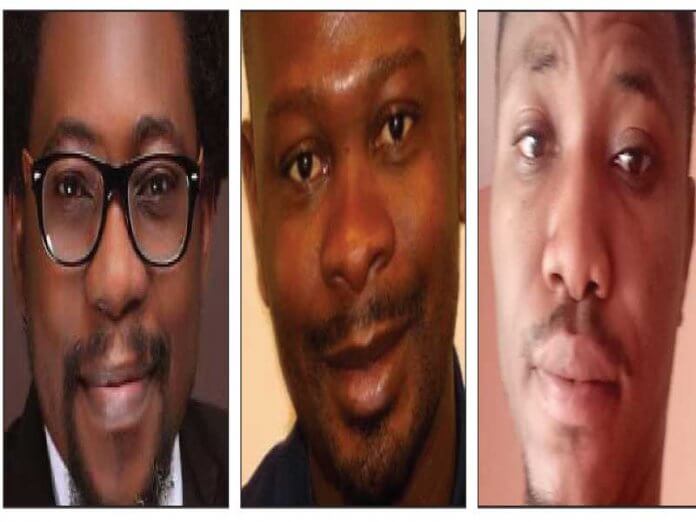 Chiemelie Ezeobi, Ayodeji Ake and Sunday Ehigiator, who spoke with few Nigerians on their security expectations for 2020, write that the general consensus was on the need for government to enhance internal security, obey rule of law, enforce police reforms and tackle corruption, among others

Undoubtedly, security is important for everyone and should be everyone’s business. This year, aside their personal goals, expectations and aspirations, some Nigerians who spoke to THISDAY are clamouring for police reforms, curbing corruption on all fronts, respect for rule of law, release of all journalists who were unjustly arrested, stop muzzling media freedom and suppressing freedom of expression. THISDAY sampled the opinion of Nigerians across board and here are the excerpts:

The Nigeria Police will need to make bolder adjustment towards ending impunity of officers and this will be aided by the final passing of the Police Reform Bill at the floor of the House of Representatives in concurrence with the Senate passing of the Bill, which will eventually see the passing of the Bill into Law by the president. This is essential to finally put an end to the incessant brutality and bridge the gap with the society.

It is expected that with the rising awareness of the public and the political will thus created via effective and altruistic advocacy of SIAF (Social Intervention Advocacy Foundation) in the past few years in collaboration with other civil society organisations, more institutions will be strengthened towards the achievement of the sustainable development goal 16 (Peace, Justice and strong institution).

There will be a lot of confrontations in 2020 and how the police (closest authority to the people) respond will determine the way they are perceived and engaged going forward. Government will be expected to be more responsible with the way insurgency and insecurity is addressed being their topmost responsibility in order to secure the nation and people. It won’t be business as usual.

My expectations for 2020 are that the regime of General Buhari will turn a new leaf, imbibe democratic values and act like an elected government rather than a dictatorship; that it will respect and act in accordance with the constitution, and uphold the rule of law; show respect for the courts and obey court orders; free Agba Jalingo and other victims of political persecution and victimisation; drop all the malicious and frivolous charges of treason and terrorism against journalist including Sowore, Jalingo and others and desist from using such trumped up charges as repressive tactics to intimidate journalists, muzzle media freedom and suppress freedom of expression.

That the government will become more sensitive and responsive to public opinion. That the judiciary will awake to assert its independence and dispense justice fairly and fearlessly;

That the legislature will also wake up and realise its responsibilities and sacrosanct place as representatives of the people, and that it will assert its independence, make laws that advance the interest of the people, and discharge its oversight functions fearlessly to ensure that the executive does not become totalitarian but act in public interest;

That the principle of separation of powers in a democracy is respected; that the media will continue to remain steadfast and courageous in upholding its constitutional mandate of holding the government accountable on behalf of the people.

That civil society must brace up to lead the charge in defending the interest of the people, defending democracy and resisting a relapse to authoritarianism; in the absence of a credible political opposition, provide credible alternative voice that represent the interest of the people; mobilise Nigerian people to take their destiny into their hands, defend their hard earned democracy and resist any form of dictatorship and tyranny.

That the fight against corruption will gain direction, momentum and credibility and that more corrupt public office holders, especially corrupt former governors who are taking refuge in the Senate and House of Representatives – after pillaging their various states- are tried speedily and made to return their loots from public coffers and sent to prison like Orji Uzor Kalu.

That government pursues sound economic policies that will improve the welfare of the people; That security improves and works for the people, and government demonstrates that Nigerian lives matter.

As for President Muhammadu Buhari, I look to see a true democratic behavioural changes towards the rules of law, freedom of speech, press and non biased anti corruption crusader.

Charity they say begins at home, a fact the Nigerian nation needs to imbibe in 2020 because as far back as one can remember, they have always helped other nations like Mali, Liberian and Sierra-Leone, The Gambia, amongst others, tackle their insecurity challenges.

It was not surprising that in 2012, Nigeria was adjudged the fourth best in global peacekeeping, which has raised the question on why they can’t replicate the same feat now that the Nigerian state is being threatened.

Also, there has been continuous call for constant training and retraining of the security agencies especially the Armed Forces who protects our territorial integrity in the water, land and space.

Again, funds must not be starved the military because tackling insecurity requires financial capacity and a war chest that should surpass that of the terrorists and criminal elements.

Also, the issue of discipline cannot be overemphasised because traditionally, discipline has always been the bedrock of the military, a tradition that is fast eroding. For 2020, one surely hopes the security agencies gets their act right and be the best they can be- in warfare, discipline and conduct.

With what happened during the 2019 general elections, growing concerns shows that the vice of insecurity might become a veritable tool in the hands of politicians. The general fear is that if proper measures are not taken, the security situation would only exacerbate to dangerous dimensions.

Security outlook in Imo for 2020: Just like all other policies of His Excellency, Gov. Emeka Ihedioha, this government has taken a holistic approach to security matters in Imo State.
Before May 29, 2019, the security situation in the state was at its lowest level with kidnappings, among other vices, being the order of the day.

The first response of the Ihedioha administration was to introduce OPERATION IRONGATE which is a joint military and paramilitary outfit. The taskforce has been under girded with operational vehicles and necessary crime fighting equipment.

The next stage is to consolidate through the deployment of more sophisticated crime detection and prevention devices. The result so far has been a near-zero record of serious crimes in Imo State especially during this festive season.
We believe that any survey on crime situation in Nigeria today will show Imo to be among the most crime free state in the country.

I expect the removal of immunity upon our leaders while serving. This would act as a a sign of transparency and the typical example of the axiom, ‘Nobody is above the law’. Moreover, I expect the reduction of corruption to its least minimum since it cannot be totally eradicated but can be reduced to a minimum level.

2020 should be a year our government should steer us away from alliance with despots, tyrants, countries with no respect for human life, countries with no history of elections – democratic process of governance. Our international alliance should be formed not based on religious kinship but rather on the UN mandate of the rule of law, right of its citizens to political and religious affiliations and most important, based on democratic principles of self governance.

Nigeria should be heard in the international stage, and not just seen. Being a member of the United Nations and its sub-agencies is not a criteria to be heard. Once, during the military regime, Nigeria was a pariah state, almost a failed state. Today, the status has changed. With civil rule, comes the mandate to uphold the rule of law, dignity of its citizens, Etc. Our alliance in the international stage points to the direction of our foreign policy.

I urge government to love and protect its citizens. The killings, the hunger and pain is unbelievably too much. We need a better Nigeria. We have all it takes to be a greater nation.