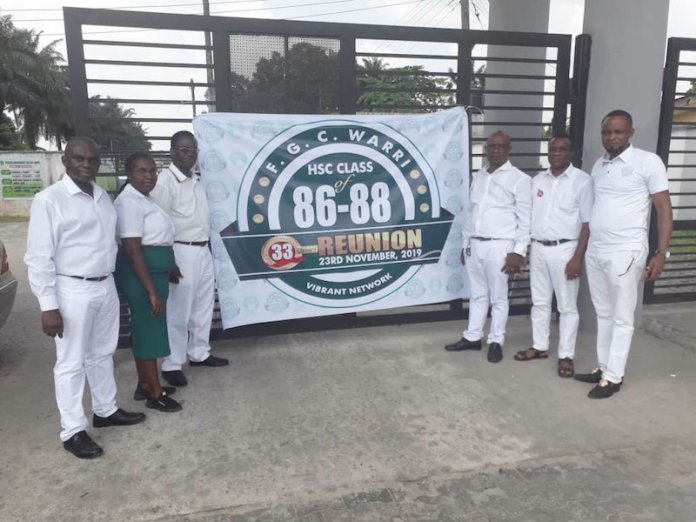 With Reno Omokri
I just watched probably the saddest video I have ever seen in my life. It is a video on the website of The Cable and it shows the sheer number of private jets that landed in Maiduguri on December 28, 2019, bringing guests for the wedding ceremony of the son and daughter of Kyari Mele, the Group Managing Director (GMD) of the Nigerian National Petroleum Corporation (NNPC).

I have lived in America for decades. I schooled in the United Kingdom. I traveled to over 30 countries last year (2019), campaigning for #FreeLeahSharibu, yet I have never seen private jets converge in such profusion at one place and for one event in my life. The only possible exception is when I watched a clip on CNN of guests arriving for the World Economic Forum in Davos, but to a large extent, they arrived on commercial planes.

Sadly, on the same day that The Cable reported that 40 private jets rained out of the sky into Maiduguri, ferrying guests to the wedding fatiha of the children of the NNPC GMD, the British press was agog with photographs of British Prime Minister, Boris Johnson, and his girlfriend, Carrie Symonds, flying economy to the Caribbean island nation of St. Lucia, to mark the New Year.
To put this in perspective, note that Boris Johnson is the most successful politician on Earth right now. Yet he flew Economy.
The NNPC has made a N547 billion loss in the last 3 years, yet its GMD’s guests flew into town with 40 private jets. And Nigeria
wants to borrow $29.6 billion!

I urge my readers to note that the Nigerian National Petroleum Corporation, which this fellow heads, has consistently turned a loss for the past five years. In June this year, The Punch reported that the NNPC has lost a total of N547 billion in the last three years alone. I again urge my readers to note that this is happening at a time when the amount being spent on fuel subsidy hit N1.5 trillion in December, 2019, according to Daily Trust (meaning that we are now spending more than twice what we spent on the ‘fraudulent’ subsidy of the Jonathan era).

Are we a serous nation at all? We are about to take loans totalling $29.6 billion, meanwhile we have an official of state flexing in such a manner. You might say that it is his friends that are spending the money, and I would ask you if they would spend such monies for nothing without expectation that they would benefit from his high office?

His boss (General Muhammadu Buhari is the minister for petroleum), claims to be fighting corruption and profligacy in government. Please tell me what can be more profligate than this?
The other time when I complained of oil billionaires of the Northeast and especially of Borno state living large in the midst of the worst poverty on planet Earth, bar none, the Indimi family took umbrage and railed at me like banshees.
My fellow Nigerians, have I not been vindicated?
This is the type of wastage in the midst of mind-boggling poverty that Mohammed Yusuf saw and which radicalized him and his followers.

According to The Cable, the jets at the Maiduguri airport on that day numbered no less than 40. It costs about $20,000 to charter a mid-sized jet in Nigeria, so we are looking at expenditure on aviation alone at $800,000, maybe more. The amount of money spent chartering private jets to that event could have fed 100,000 IDPs for a year. If we calculate the cost of feeding at the
₦30 that Agriculture and Rural Development Minister, Muhammad Sabo Nanono, claims can feed an adult in Buhari’s Nigeria, then the number increases to 300,000 IDPs for one year.

What type of country are we? Private jets landing besides public suffering? Wedding of the decade holding alongside suffering of the millennium. Naira spraying on the dancing couple when hundreds of IDPs are dying because their IDP camps have not been sprayed with insecticides? Boko Haram beheading 11 Christians while Nigeria’s high and mighty are chewing on chickens that have recently been beheaded!

Again, I ask, what type of country are we?
The sheer display of opulent wealth in the world’s headquarters for extreme poverty last weekend in Nigeria showed that there is no social justice in Nigeria under General Muhammadu Buhari. None at all. Recently, the Governor of Borno, Professor Babagana Zulum, told us how Boko Haram still controls territory in his state. He cried for help in the interview. Sad to say that the number of planes that invaded his airspace on Saturday, December 28, 2019, is far more than the number of planes the Nigerian Airforce has fighting Boko Haram.

When you ask why there are not more planes operating sorties in the Northeast, you are told that money is tight. Those making such a claim should watch the video of private jets raining on Maiduguri on The Cable’s website. Many things are the problem. Money is not one of them.

Are we not the same country about to spend N37 billion to “renovate” a building the Obasanjo administration built from the scratch with just N7 billion? I can just imagine the angst in the minds of the millions of Borno IDPs as they saw those planes flying above them. What a recruitment propaganda for Boko Haram! Just a week to this obscene wedding, at least four humanitarian workers were killed, and two others abducted by Boko Haram.

In total, over 40 UN and NGO humanitarian aid workers have been killed by Boko Haram in around Maiduguri since the insurgency began. These were people who left the comforts of their safer and more prosperous countries and cities, to sacrifice themselves for a people whose own elite would rather party in grand style when their communities are collapsing.

Yet, as the world grieves for these recently killed four humanitarian workers, the owners of Nigeria could not care less about them. They amassed in Maiduguri to celebrate the wedding of the year. As I watched, I shed a tear for the recently married soldiers killed not too far from Maiduguri by Boko Haram. I feel ashamed that these are the type of rapacious elite that they are fighting for.

They remind me of Nathan Sharibu, Leah Sharibu’s father, who was busy guarding a big man in Yola at the very moment Boko Haram was abducting his daughter in Dapchi. To those Nigerians who were expecting things to improve after General Buhari lied his way to power, I quote from George
Orwell’s Animal Farm:

“The creatures outside looked from pig to man, and from man to pig, and from pig to man again; but already it was impossible to say which was which.”
The elite of Borno state should note that as long as they continue to titillate the masses with such obnoxious display of wealth is as long as they will be unable to sleep. How can they sleep, when the masses cannot sleep? Not possible. Not possible at all.
On the same The Cable website, I read the testimony of a woman from Borno celebrating the fact that for the first time ever.

her children ate an egg at school during the now discontinued school feeding programme-initiative of the Federal Government. An egg. An egg! Her children have never eaten an egg in their lives. And this is the same environment where it is now raining private jets! May God have mercy on Nigeria.

In the last four years, our national psyche has been so brutalized that we have lost all sense of what is appropriate. We have been called ‘criminals’ by our ruler, who has also called our youths lazy. What is more, we are all poorer than we were four years ago. Poorer in morals, poorer in charity, poorer in compassion and much poorer in monetary terms.

The sad truth is that no one in Nigeria is exempted from the mismanagement that General Buhari has foisted on this nation in the name of first change, and then next level. Absolutely no one.
Under former President Jonathan, Aliko Dangote was the 24th richest man on Earth with a net-worth of $25 billion. Please Google it. Under General Buhari, Dangote has just been named the world’s 96th richest man with a net-worth of $14.8 billion.

Scripture has a word for this.
“Walk with the wise and become wise, for a companion of fools suffers harm.”-Proverbs 13:20.
Two days after the clouds of Maiduguri were raining private jets, we celebrated the New Year. On the New Year’s Day,
India’s leaders announced a plan to LAND on the MOON, while Nigeria’s ruler, General Buhari, announced a plan to LAND Nigeria in DEBT. Nations RISE and FALL on LEADERSHIP. Nigeria’s leaders should not borrow more MONEY. Rather, he should borrow more WISDOM.

“When the righteous are in authority, the people rejoice: but when the wicked bears rule, the people mourn”-Proverbs 29:2
Reno’s Nuggets