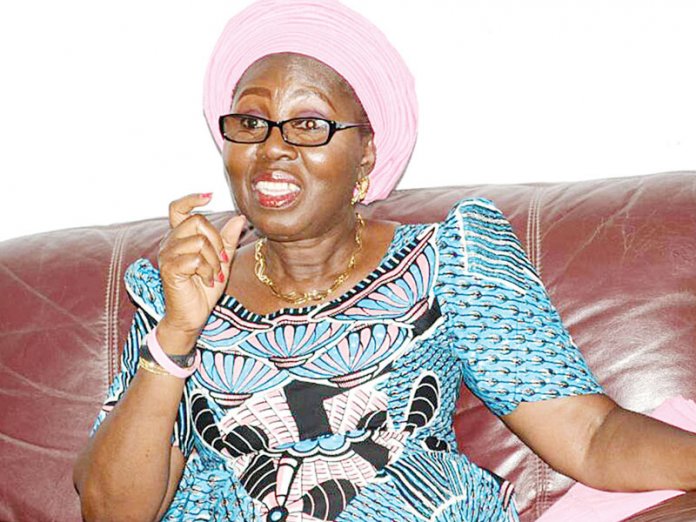 “Powerful men”, said British Journalist, Linda Lee-Potter, “often succeed through the help of their wives; powerful women only succeed in spite of their husbands”. While this is truer than many can bear, it is doubtless a reality that is cropping up – admittedly – in expected places and conditions, such as the kitchen, the looks of a baby, homework, politics, etc.

Ondo State is starting to feature in a lot of places on this front. A story is going around that not only has the government of the state becoming a family affair and something to be decided at the Akeredolu dinner table but that the First Lady is the one who has a firmer handle on the management of things.

To start with, from the buzz coming from within Ondo State, the governing style of Governor Rotimi Akerodolu has not really impressed the people, who do not understand the complexity of his leadership proficiency and therefore does not crack a smile when he is mentioned. But that is not an issue; a general fact that great men have always dazzled and blinded their following rather than guide them away from darkness. But the Ondo people, says the gist, are having a hard time swallowing the inverted family divide of the Akeredolu clan.

The wife of the governor, Betty Akeredolu, has supposedly grasped the Ondo State governorship by its knickers, worn it, and is going about her business – and that of the state. Although she is a native of Imo State, Madam Betty has allegedly latched onto the governorship role as if it is an inheritance. But that, if the resulting consequences are anything to go by, is not the issue.

The heart of the matter circles around the fact that Madam Betty’s rule is better likened to a small kingdom with a queen whose presiding cabinet runs around for whatever would please her Majesty and promptly execute – literally if history books are to be believed. Truth be told, the rumours have not gone that far, they only claim that Madam Betty is the ‘Mummy’ – speaking more to power than to parenting.

Whatever the case, whoever has a case to settle must go through Mummy Betty. Whoever must get a contract must go through Mummy Betty – may be at a 20 percent fee, they alleged. It must be said, however, that Madam Betty is multitasking very well: satisfying her first lady role, like the Breast Cancer Association of Nigeria (BRECAN), and still being a firm and no-nonsense governess.