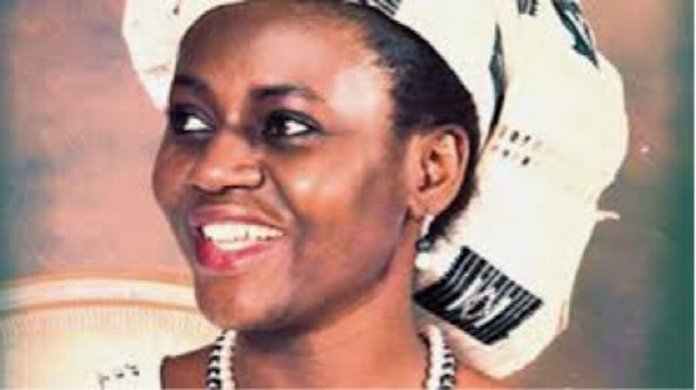 The heart is predisposed to burst out in song upon the remembrance of something truly spectacular. And so Thomas Otway, the English playwright, and poet had it right when he wrote: Oh woman! lovely woman! Nature made thee to temper man: we had been brutes without you; angels are painted fair, to look like you; there’s in you all that we believe of heav’n, amazing brightness, purity, and truth, eternal joy, and everlasting love. These are words to remember Maryam Babangida by.

December 27 marked the 10th year since the iconic Maryam Babangida took off her mortal coil and passed into legend as one of the most remarkable – certainly one of the first – women to unveil the strength, courage, panache, and uniqueness of the female gender in Nigerian society, politics and industry.

Maryam Babangida was born to a Hausa woman from Niger State and an Igbo man from Asaba, Delta State. In this way, she inherited the aura of privileged nobility that is native to the Hausa people of Nigeria, the diligence and industriousness known to be Igbo in origin, and the sharp, no-nonsense attitude of the Deltan community. These traits served her well, as the wife of the military boss, a first lady, and a woman come into her own.

Madam Maryam’s walk of fame was quickened with her marriage to the then-Major Ibrahim Babangida in 1969, shortly before her 21st birthday. The marriage, a matrimonial union of bliss and harmony was blessed with four children – Mohammed, Aminu, Aisha, and Halima.

As a first lady, Madam Maryam was – according to someone – “like a Roman Empress on a throne, regal and resplendent in a stone-studded flowing outfit that description”. It is common knowledge that it was she who animated the office of the First Lady, bringing music and colour to the political jungle at the time. It was she who founded the Better Life programme to empower rural women and liberate them from poverty, a feat that was as radical in scope then as it would be now.

Her death in 2009 at age 61 reminded many that if there were world enough and time, such folks as Maryam Babangida would never stop changing lives. Ten years later, that woman of great beauty, elegance, and style is still inspiring ladies to speak up, take control and do stuff.