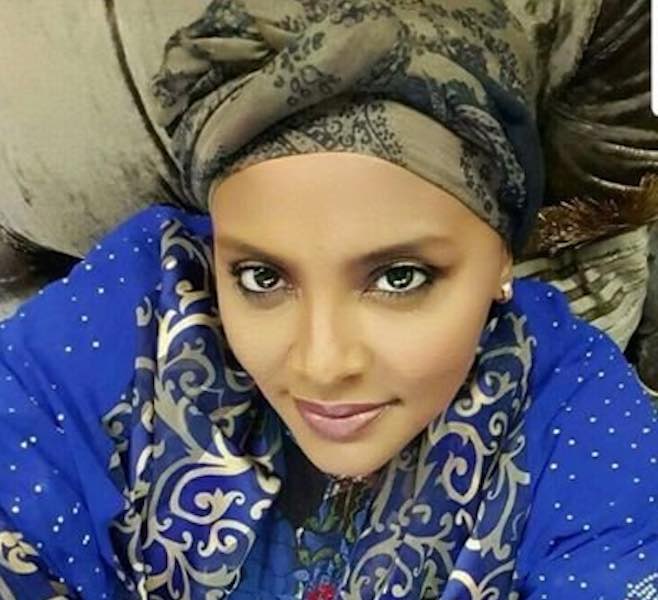 It is an old idea now to have women who dream of being princesses and queens, only because the role comes with a handsome, gentle and influential chap whose every waking moment is spent spoiling his lady. In real life, many a handsome, gentle and influential chap gets bored with the monotonous exercise, breaking the knot of matrimony, and leaving nought that does not break the heart of well-meaning folks. Divorce is a reality, and many champions of society have fallen at its hands.

The latest rumour from the Abacha clan is that the daughter of the late former head of state, Gumsu Bayero Fadil, is about to jump rope and walk straight into divorce. This is a surprise to many because Madam Gumsu’s marriage is one of the peculiarities of her popularity, alongside her age-defying beauty, fervent defence of her father’s regime, and her billionaire darling.

To put things in true perspective, Gumsu Bayero Fadil is the second daughter of the late former Head of State and Commander-in-Chief of the Armed Forces, Gen. Sani Abacha. It has been observed that she has the lovely and gaze-thieving exterior of her mother, and the intimidating, firm and stubborn interior of her father. A complete woman, brain, beauty and boldness duly accounted for.

As has been mentioned, her beauty sets her apart and leads folks to think her a soft and gentle thirty-something, rather than the 46-year old raven she is. Married to Cameroonian billionaire, Mohamadou Bayero Fadil, Madam Gumsu is a proud mother of five beautiful kids. A powerful and influential couple, it appeared as though nothing could go wrong, and then rumours started flying around that they had marital issues.

A marriage of 20 years does not just go like that, but the story is that the couple are considering divorce over irreconcilable differences. Contrary for this being a cover for deceit, betrayal of trust, or abuse, there has been nothing of the sort from the Fadil household.