Long before football started bringing laurels to the country, boxing placed the country’s name on the world map. However, by the turn of the century, the sport was dead and buried. But like the biblical Jesus waking up of Lazarus from the grave, Flykite CEO, Jenkins Alumona came up with a vision of reviving boxing, while Chairman of Multichoice, Adewunmi Ogunsanya, decided to put his money where his mouth is. That is why today, traditional football clubs like Enugu Rangers, 3SC and Bendel Insurance cannot rival the crowd of a GOtv Boxing Night, Kunle Adewale writes

With the comatose state of boxing in Nigeria before GOtv Boxing Night came into the scene five years ago, not many would have betted that by 2019, a world boxing title fight would again berth in Nigeria years after the likes of Hogan ‘Kid’ Bassey, Dick Tiger and Obisia Nwankpa had title fights in Lagos until Jenkins Alumona started singing ‘Redemption Song’ and backed by GOtv, the slow revival of boxing started in the country.

From the first edition of GOtv Boxing Night on November 23, 2014, Alumona was very optimistic that with what his organisation and GOtv sponsorship had put in place the face of boxing in Nigeria would change in a short while.

And true to type, in four years, GOtv Boxing Night had witnessed its 20th edition, with some of the products now African Boxing Union and International Boxing Federation titleholders.

“If we are not optimistic that we could revive boxing, we would not have ventured into it in the first place. We realised that Nigerians love boxing but poor organisation and funding had always been the bane, and these are some of the things Flykite and GOtv had come to correct,” Alumona said.

In the 60’s up to the mid-90’s boxing was one of the most popular sports in Nigeria. Names like Dick Tiger, Hogan ‘Kid’ Bassey, Davidson Andeh, Dele Jonathan, Hogan Jimoh, Obisia Nwakpa, Joe Lasisi, Jeremiah Okorodudu readily comes to mind whenever boxing is mentioned in Nigeria.
Little wonder, the country’s first medal in the Olympic Games came from boxing-a bronze medal, courtesy of Nojim Maiyegun at the 1964 Olympic Games in Tokyo, Japan.

By the turn of the century, boxing was dead and buried as there were no longer boxers that could attract fans to the stadium until Flykite and GOtv came up with the mission of reviving boxing in the land.

What started as a small beginning has now become the most attractive boxing extravaganza in the continent with fans in over 32 countries glued to their television sets on a GOtv Boxing Night.
At the 15th edition of GOtv Boxing Night staged in Ibadan, boxing fans defied the heavy downpour to turn out in large numbers to the extent that the crowd that were outside the Indoor Sports Hall of the Obafemi Awolowo Stadium (formerly Liberty Stadium) were more than those inside the hall, so-much-so that a large television screen had to be provided to appease those outside that were bent on coming inside the already overfilled hall.

“Ibadan people demonstrated their love for boxing the last time GOtv Boxing Night was held there by defying the rain, but that does not to say that we were not apprehensive that the heavy downpour that rained for hours could lead to a low turnout. But against all odds the Indoor Sports Hall of the stadium was filled to capacity,” COO of Flykite, Bamidele Johnson told THISDAY.
While the League Management Committee, LMC are blaming poor attendance in Nigeria Premier Football League matches to the followership of foreign leagues by Nigeria soccer fans, GOtv Boxing Night had defied big Premier League fixtures to attract large crowds to its venues.

Like what is obtainable in civilised world, boxing fans in Nigeria now confidently come to the venue of GOtv Boxing Nights in the company of their spouses and children without fear of any molestation because of the trust in the security provided by the organisers.

“Security is considered as a priority for the success of the event and necessary arrangements are always put in place to ensure the safety of the boxers, performing artistes, fans and officials at the event venue,” Alumona noted.

To ensure that there is no paucity of boxers, hence the idea of the GOtv NextGen was muted by Flykite, with two editions in Lagos, one in Ibadan, Abeokuta and Ilorin respectively.
And some of the products of the GOtv NextGen are already taking Africa boxing by storm, notable amongst them are Rilwan ‘Babyface’ Babatunde and Opeyemi ‘Sence’ Adeyemi are now millionaires in their own rights by virtue of having won the Mojisola Ogunsanya Trophy for the Best Boxer of the Night with cash prizes ranging from one million Naira.

“The NextGen programme was set to produce young boxers and no fewer than 100 amateur and semi-pro boxers turned up and use the GOtv platform to prove their worth and launch themselves to international recognition,” Alumona said.

Also, as a way of providing these pugilists with frequent fights a mini version of the GOtv Boxing Night, tagged GOtv Boxing Night Mini was initiated by Flykite Productions, and the inaugural edition was held on November 16, at the Rowe Park, Yaba, Lagos.

Alumona, explained that GOtv Boxing Night Mini was conceived to provide more frequent opportunities for boxers as a means of ensuring that they get requisite number of fights to make them eligible for sub-regional, continental and international title bouts.

“Our boxers have, despite the best efforts of GOtv Boxing Night, inadequate opportunities to fight and build their fight records, which they need to become eligible for international titles. GOtv Boxing Night Mini, which will be staged with more frequency than the main event, will address this challenge,” he said.

Johnson, however, admitted that GOtv Boxing Night had grown faster than the organisers had imagine but said it is still not yet Eldorado.

“GOtv Boxing Night has grown faster than we imagined but we are not satisfied yet, though we have seen a lot of progress. GOtv boxers winning Africa and West African titles,” Johnson said.
Last Saturday, Nigeria’s Onoriode ‘Godzilla’ Ehwariemi emerged the World Boxing Federation (WBF) Intercontinental heavyweight title champion after he defeated his Argentine opponent, Ariel ‘Chiquito’ Baracamonte, at GOtv Boxing Night 20.

Ehwariemi secured the title after his combination of vicious blows knocked out Baracamonte in the first round of the 12-round fight, which held at the Tafawa Balewa Square, Lagos.

Boxing fans that had kept faith with GOtv Boxing Night are optimistic that the way the organisers of the competition are going a World heavyweight boxing fight would berth on a GOtv Boxing Night before the end of the decade. 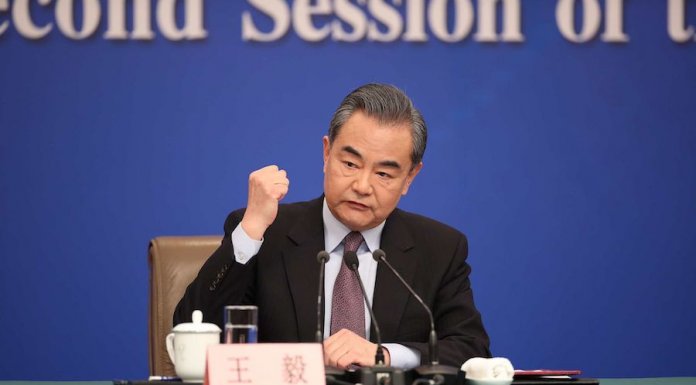