The ‘Future Live in Lagos’ concert headlined by American rapper, Nayvadius DeMun Wilburn, popularly called Future, was about his delivery… and he delivered. Ferdinand Ekechukwu reports

It sure appears American rapper, Future, has got a large fan base in Nigeria. The massive reception he witnessed on December 29, 2019 at the ‘Future Live in Lagos’, concert confirmed it. At a point into the well-turned up show, the international hip-hop superstar who is renowned as the progenitor of Trap Music did excitedly acknowledge it, saying “I got some real fans out here.”

But that wasn’t enough. Future, “a man excessively and unfairly criticised by the polity of modern pop culture” as a critic noted, “was thrilling a Nigerian crowd in Lagos.” The venue was the Eko Covention Centre, Victoria Island. At every of his song performance, the crowd goes wild. Especially when he performed his monster hit, Buggati, they chorused and danced. While Future was performing few other songs, he appeared shocked that Nigerians were screaming some of his words back to him.

As a result, he said, “Shout-out to Nigeria, man. Y’all be rocking with me from day one…” The Grammy award winner had barely announced he’s coming to Lagos, when hip-hop fans became anxious for a thrilling performance in his first ever live concert in Africa, organised by Toro Entertainment Company (TEC). The international hip-hop superstar made the announcement on his Instagram fan page @futurexsavage. He said: “For all my Nigerian followers, Future will be performing in Lagos on December 29th.”

On Saturday December 28, he stormed Lagos for his headlined concert in the continent with his much publicised girlfriend, Lori Harvey. The wait was over. Future was here entertaining the horde of beautiful women who swooped in droves, same for guys. While he shared short videos of his arrival and being driven around Africa’s most populous city, Lori Harvey shared a photo of herself on Instagram with her geo-location as Lagos. Now it almost feels pointless to call these two a “rumoured” couple at this point weeks after they sparked dating rumours considering how often these two had been spotted together in recent months following Lori’s split from Diddy.

Fans are convinced Future and Lori Harvey are officially an item. The songwriter and record producer, who registered an amazing year in his career in 2019 with two chart-topping albums, Grammy award for Best Rap Performance and recently concluded Legendary Nights Tour with Meek Mill, continued in this greatness coming to Africa’s entertainment and commercial hub, Lagos. He was here strictly for business and that’s to deliver on the highly rated concert which he did.

Future, who recently dropped his seventh studio album, The WIZRD, has a large fan base in Nigeria which can be traced back since the release of his debut studio album, “Magnified” and other smashing hits such as ‘Mask off’ and ‘Turn on the lights’. ‘Future Live in Concert’ joins the list of other mega concerts that raved the “detty December” theme, including Everything Savage with Tiwa Savage, Davido’s Good Time Concert, Kizz Daniel Live and 2Baba Live.

Not totally unexpected as with shows of this nature and with a foreign act of high fan followers, an overzealous member of the audience decided to fleetingly pause the fun as he inadvertently interrupted the performance of ace rapper, on stage as he performed. Midway into the concert Future managed to dodge the wild fan who had stormed the stage in the middle of his performance.

Midstream through his set, Future had nearly wrapped up his performance of “Mask Off” when a random fan climbed on stage and nearly bombarded the rapper.

The intruder wasn’t on stage long before Future’s security came through and tackled the fan to the ground. The fan was swiftly removed from the stage seconds after they apprehended him. Similar occurrence had taken place in recent past and Future’s security had to get involved with deranged fans. Back in July, one of Future’s bodyguards stepped in after a group of fans in Spain got heated when the rapper turned down photo-ops with them.

What became clearer on the Future Live in Lagos night was how big a stage presence Future has – his energy was high and so was his crowd control. Clips of the event shows on the night, the conversation was about Future’s delivery, fueled by a robust set of Nigerian artistes that included some of Nigeria’s best.

The Atlanta rapper was also supported by Nigerian artistes like MI, Dr. Sid, Tiwa Savage, Rema, Fireboy, YCEE, Pepenazi, Oxlade and so forth.

The only major downside, as noted by one peeved, was how abruptly the show ended, denying the audience longer experience. “There is no reason why Future shouldn’t have had three breaks while being supported by some Nigerian artistes and rappers. That was, he would have rested and the show would have been longer.”

Born and raised in Atlanta, Georgia, Wilburn first became involved in music as part of the Dungeon Family collective, where he was nicknamed “the Future”. After amassing a series of mixtapes between 2010 and 2011, Future signed a major record label deal with Epic Records and Rocko’s A1 Recordings, which helped launch Future’s own label imprint, Freebandz. He subsequently released his debut album, Pluto, in April 2012 to positive reviews. Future’s second album, Honest, was released in April 2014, surpassing his debut on the album charts. 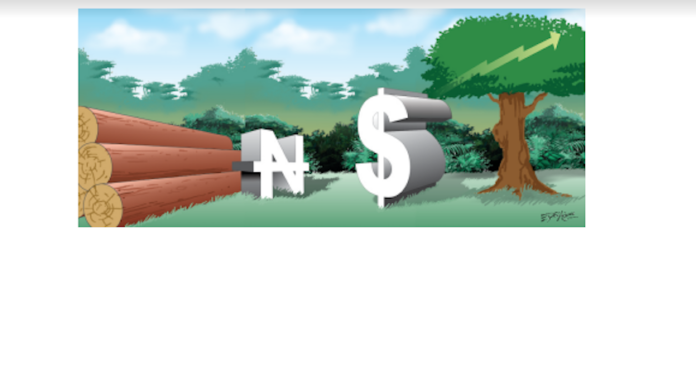