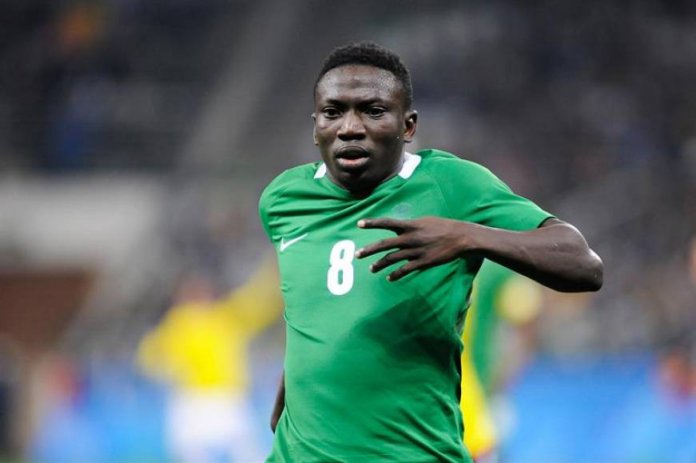 Nigeria international Oghenekaro Etebo will be joining La Liga club Getafe in the January transfer window after Stoke City and Getafe reached a club-to-club agreement over the loan of the central midfielder.

Subject to a medical, Etebo will spend the remainder of the 2019-2020 campaign on loan at Getafe.
The future of the former Warri Wolves star has been the subject of speculation in the British press due to a lack of first team opportunities at the Potters despite his return to full fitness after suffering an injury.

He has not featured for his Championship club since October 22, 2019 when he lasted 21 minutes on the pitch against Sheffield Wednesday.

The move will be a blow to Hearts as the 24-year-old was one of four players from the Championship side linked with a Tynecastle switch.

Stoke signed Etebo for around £6million in the summer of 2018 and became an influential player last season.

Due to injury and change of manager, the versatile Nigerian has fallen out of favour with new Stoke boss Michael O’Neill noting: “His training has been ok, it’s been no better than ok, so that’s important. There’s no guarantee that anyone comes back and we put them straight in the team.”

Etebo, who has 33 caps for Nigeria, joined Stoke from Portuguese side Feirense, while he had previously had a spell with Spanish side Las Palmas.

With the capacity to play in the middle of the pitch, on either flank or higher up the pitch he would have provided Daniel Stendel with a number of options.

Instead, he is nearing a loan switch to Getafe, who are sixth in La Liga, with an option to make the deal permanent in the summer.

Overall, he has played 51 matches for Stoke City since he transferred to the club in the summer of 2018, and has scored two goals.