Upon ascension to the throne of Israel and in succession to the reign of his father (Solomon), King Rehoboam sought the counsel of two groups of his subjects (the elders and the youths) on how to respond to the plea of Israelites requesting him to ‘lighten the yoke your father put on us’. The elders gave the counsel that:

“If today you will be a servant to these people and serve them and give them a favorable answer, they will always be your servants”.Thereafter, he called on the youths to offer him the benefit of their thoughts and they responded with the following entreaty(which he heeded)-tell the people that:

“My little finger is thicker than my father’s waist
My father laid on you a heavy yoke; I will make it even heavier. My father scourged you with whips; I will scourge you with scorpions.”

And then the consequences of the foolish entreaty inevitably followed as night follows the day.The question then arises that why would any sane ruler accept such a manifestly idiotic counsel? Down the line, purpose and clarification was subsequently given to this illogicality-it is to the end that God’s will and purpose may be served:
“So the king did not listen to the people, for this turn of events was from the Lord, to fulfill the word the Lord had spoken to Jeroboam son of Nebat through Ahijah the Shilonite”.

When all Israel saw that the king refused to listen to them, they answered the king:
“What share do we have in David,
what part in Jesse’s son?
To your tents, Israel!
Look after your own house, David!”
As it was so often the case in the scriptures, the whole scenario was orchestrated by God, in order that Rehoboam may fulfill the portion that God had assigned him- the loss of the substantial part of his kingdom, in the wake of the people’s revolt. In contemporary parlance, the sum of the biblical narrative above is captured in the saying that “those whom the gods want to destroy, they first make mad’. In Yoruba cosmological idiom, it is called ayògò-being driven to stupid impunity and excesses by triumphant inebriation. It is of course mostly futile drawing the attention of a drunken sailor to discern the danger that presently lies beneath his nose while his drunkenness is in full control. For him to acquire the necessary sobriety, he would need to wake up and smell the coffee.

Confronted with increasingly irrational impunity of this nature, Nigerians are succumbing to the pathology of ‘crisis and criticism fatigue syndrome’. In the manifestation of this syndrome, Nigeria finds comparison and illustration in the company of the United States of America, USA, where the erratic and skyrocketing impunity of Donald Trump has driven the otherwise exemplary country to the existential crisis of normalising absurdity and irrationality- where a President who tells an average of twenty lies per day; characterizes neo Nazis as fine people; curses black athletes as sons of bitches; on whom there is credible speculation of being a Russian asset (agent); who propagates and perpetrates adultery and pornography-is the darling of white American evangelicals and the fanatical base of the republican party (remniscent of the bigoted American South slavers in the mid 19th century American civil war). And not surprisingly, their 21st century alter ego have been threatening fire and brimstone and perhaps another civil war should Trump lose his Presidency.

Coming back to Nigeria, an indignant General Yakubu Danjuma captured the essence of the same phenomenon in his typical no holds barred fashion

“In Yorubaland, everybody seems to have lost their voice, scared. And people appear not to care about what is happening. If I tell you what I know is happening in Nigeria today, you will no longer sleep. “If you want details, I will give it to you privately. We are in a big hole as a nation. And people who put us in this hole have continued today. So, we’ve to wake up. Only we can save ourselves. The fifth columnists’ activities going on among your people are not helping matters. May Almighty God continue to bless this country, but only we can save ourselves from ourselves.” The peculiar development, Danjuma was trying to project is a manifestation of the ‘crisis and criticism fatigue syndrome’ we spoke about earlier.

Given the stupefication that goes on in the name of governance in Nigeria today, rationality and sense of proportion have taken flight and rendered Nigerians onto a steady descent to the valley of despair and self-pity. The danger inherent in this drift is the inclination to substitute fighting-fit critical engagement with resignation and prayers-that this dark hour may yet pass over Nigeria. What do you, otherwise, make of a situation in which the office of the Vice President issued a statement denying speculations on the status of its staff, in the morning, only to be directly controverted by the spokesman to the President in the evening? Did Trump not similarly and peremptorily reverse the judgement of the American department of defense to apply combat engagement rule and regulation on a wayword Sergeant? I will now leave the rest of the admonition to the capable hands of Professor Moses Ochonu:

“For the past several months, certainly after the election, two things have been happening in Nigeria on a weekly basis.
1. “Buhari’s regime has been replacing heads of federal agencies and establishments.
2. The regime has been appointing new heads of MDAs to occupy vacant positions.

At least 90 percent of those being removed are Southerners and their replacements are Northerners–overwhelmingly Muslim Hausa-Fulani or Kanuri Northerners to be sure.

At least 90 percent of the new appointments into vacant MDA leadership positions are northerners, and also overwhelmingly northerners of the aforementioned variety.”

“Someone said nothing is certain or guaranteed in Nigeria nowadays. Well, there is still one certainty, one thing you can count on without fail: almost every week, Buhari will appoint another northerner to occupy a vacant position or replace a Southerner with a northerner in an MDA. In his first term, the Buhari regime’s signature identity was nepotism. Across the political and regional spectrums, Nigerians of conscience railed against this reckless northernization of Nigeria and pointed out its short term and long term consequences. The regime ignored the complaints and waxed defensive. In the second term, Buhari has doubled down on the nepotism. The nepotism has morphed into full-blown Arewa-ization”.

“A nation already fractured by divisive elections, electoral manipulation, bitter adversarial political contests, religious rivalries, and ethnic suspicions, is being further torn apart by a cabal of bigots dedicated to a northernization agenda that would have embarrassed Sardauna Ahmadu Bello, the architect of original northernization policy. Buhari is ruling Nigeria as an Arewa republic, in complete disregard of Nigeria’s diversity.”

“Between the runaway incompetence/economic mismanagement and the mismanagement of our diversity, I don’t know which one will prove fatal to the country under this bigoted dictator.

When you talk, his provincial supporters will say the northerners he is appointing are qualified, as though other regions have no qualified people”.

“Other Northern supporters are even more honest and brazen in their chauvinism, declaring that other regions did not give the regime the majority of their vote and deserve to be ignored, or that the north can do as it pleases because it has the numbers to do so without being inclusive and without taking the interests and anxieties of other regions into account. But even if we take this nonsensical excuse seriously, would we not have to account for individuals in the southern regions who are either apolitical or supported Buhari? Would we not be endorsing the homogenization and erasure of individual political subjectivities”?
“We’ve had incompetent leaders before. But they at least respected and delicately managed Nigeria’s multilayered diversity, which is a source of constant centrifugal tensions and pressures that threaten the social fabric. Their appointments reflected their foundational recognition of this diversity and the need to nurture it through practices and policies of inclusion and national belonging. In the case of this incompetent regime, the dysfunction is not only unprecedented, the provincialism is unfamiliar and brazen, setting a bad precedence that is sure to be replicated by a future non-Northern leader if Nigeria survives the current darkness. The regime is giving Nigeria and and Nigerians the middle finger. It is testing the limits of Nigeria’s fragility, almost daring the country to produce the much-speculated backlash against extreme parochialism.”

The Other Side of Social Media

The social media innovation, like all human constructs, is prone to dysfunction and so is its negative potential liable to exaggeration. Between the Nigerian government and the social media, it is difficult to draw the line on which one has stupefied Nigeria, the more. In its penchant for gross misconduct, the reality of the Nigerian government has outdone the social media in the capacity for outlandish behaviour. It is a reality that apes fiction on a daily basis. So when the lackeys in the National Assembly were exhibiting sham righteous indignation on the excesses of the social media, the physician should have been requested to remove the log in his eyes before drawing attention to the speck in the eyes of the other party.

By training, temperament, profession and vocation I am a searcher and seeker of knowledge. I have found that the Nigerian social media space, warts and all, has fewer rivals in the utility of serving a critical facility for consultation on information and knowledge. And some were as profound as the one that made the rounds over the Christmas break. It was from the master himself, Chinua Achebe.

‘A man who calls his kinsmen to a feast does not do so to redeem them from starving. They all have food in their own houses. When we gather together in the moonlight village ground, it is not because of the moon. Every man can see it in his own compound. We come together because it is good for kinsmen to do so. Therefore let us continue with the team spirit and enjoy the power of togetherness. Let’s smile not because we don’t have problems but because we are stronger than the problems’. 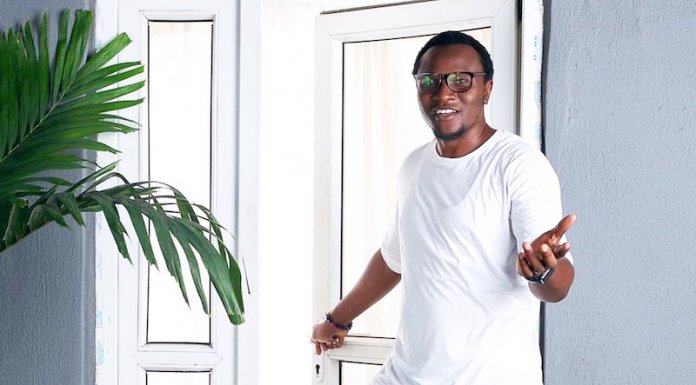 World will Marvel at ‘The Blood of Enogie’