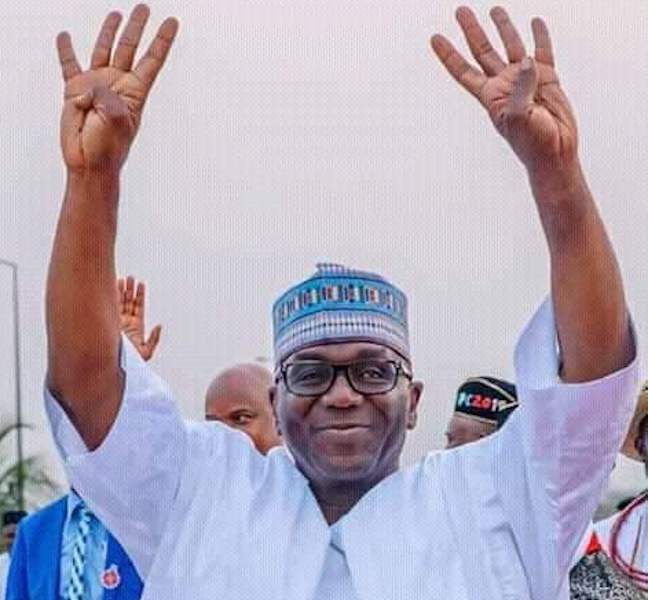 Kinsmen of the late Second Republic Senate Leader, Olusola Saraki, in the famous Agbaji quarters, Ilorin, have described the revocation of Saraki’s landed property by the Kwara State Governor, AbdulRahman AbdulRazaq, as vengeance and a way of settling scores with the Saraki family.

The Saraki’s kinsmen also called on stakeholders to wade into the matter and find a lasting solution to the long time rivalry between the Saraki and AbdulRazaq families “in order not to disrupt the peaceful co- existence of the people of Ilorin Emirate.”

Addressing a news conference wednesday at the frontage of Saraki’s Agbaji, Ilorin family residence, the National President of Agbaji Development Association, Musa Yusuf Olanrewaju, clarified that the land in question “ has been in use by late Dr Abubakar Olusola Saraki for more than 30 years, which is contrary to the insinuation that the land was allocated to the late politician by his son, Senator Abubakar Bukola Saraki, when he was the governor.”

Olanrewaju said: “The recent action of the government has made the Agbaji community to know the intention of Governor AbdulRahman AbdulRazaq, of his vengeance and a way of settling scores with Saraki family.”

He explained that the charity home (Ile Arugbo), which was erected on the controversial land, has been a center of relief for the needy and as a turning point for human development.

He also appealed to the state government to have a rethink on the matter in order to preserve the image of the state as the home of peace.

“The community urges the governor to give the people of Kwara State a meaningful development, which is the reasons he was voted for, rather than taking the opportunity to vent his anger on the family of the late icon of Kwara politics.

“The Agbaji community, therefore, rejects the claim made by one Kayode Abdullahi who portrayed himself as a son of Agbaji through social media that the land in question was allocated to the late Saraki by his son, Senator Bukola Saraki, with impunity. Such statement from this faceless person is not only misleading but also malicious.

“Historically, this property in question has never been in contention with any government (even during military regime), prior to the coming of the government of Governor AbdulRazaq.”

The aged women had on Tuesday staged a peaceful protest along Ilofa road, Ilorin, to compel the state government to rescind its decision to acquire the properties of Late Olusola Saraki.

THISDAY’s investigations revealed that the latest protest was precipitated by the information that the state government had stationed bulldozer to demolish the affected structures of the late politician.

A visit by our correspondent to Ilofa Road, Ilorin, yesterday showed that the aged women were keeping vigil at the properties.

Some of the women who spoke with journalists said that “we are ready to die here if the state government would demolish late Saraki’s properties.”

According to the women, “late Olusola Saraki has contributed immensely to Ilorin community and the state in general and did not deserve this kind of maltreatment from the state government.”

Meanwhile, an Ilorin based socio-political group, which is known as Olusola Saraki Legacy Group, yesterday raised the alarm over alleged plan by the state government to demolish structures on Plots 1, 3 and 5 Ilofa Road owned by the late Saraki.

The group, in a statement signed by its co-ordinator, Zikhrullahi Abdullahi, alleged that at about 11.45pm on the eve of the New Year, a senior government official led a demolition squad equipped with a bulldozer to Ilofa Road with the aim of bringing down the structures on the land.

It claimed that “the squad was resisted by a crowd of supporters of the Sarakis, mostly old women, who quickly mobilised and started making noise and vowing to lay down their lives instead of allowing any damage to be done to the property.

“The old women told the squad that with their advanced age, they are not afraid to die and would be ready to lay down their lives.

“In a sudden twist, the government official received a phone call from an unknown person and then directed the driver of the bulldozer and other members of his team to withdraw while he jumped into a vehicle and drove off.

“The bulldozer was eventually traced to Ita Elepa where it was parked. It is believed that further attempts would still be made to demolish the structures on the property. Saraki’s supporters have since vowed to be keeping vigil at the frontage of the property on Ilofa Road.

“Also, the family of the late politician has filed a suit challenging the revocation order by the governor. The court process filed in the High Court, Ilorin, on Tuesday has since been served on the Inspector General of Police through the State Police Command while the State’s Attorney General has been served.